Home News & Politics Charlotte Gainsbourg at the FIAF gala: "In New York, I can express... 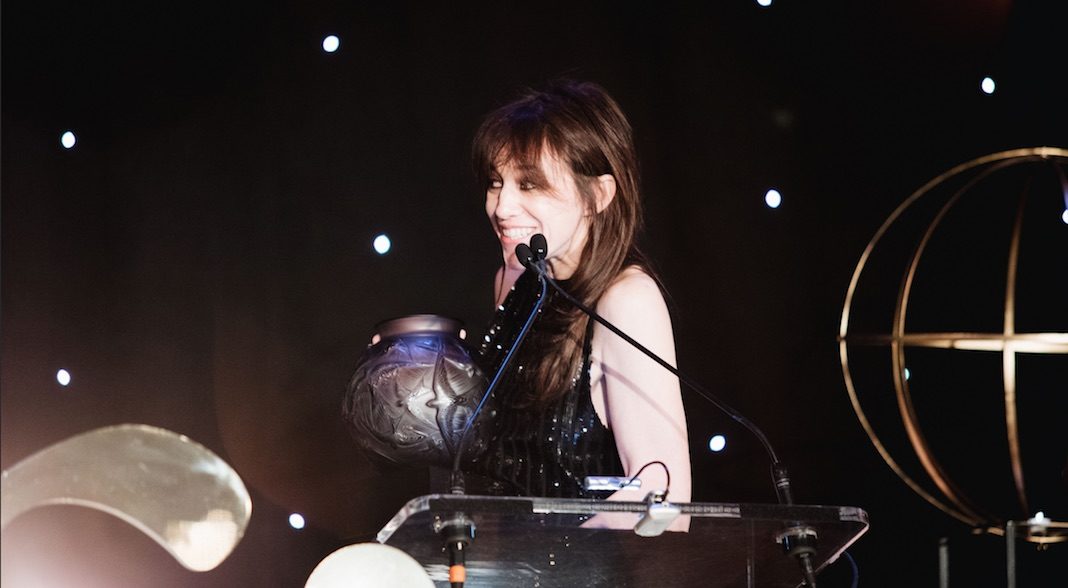 "A few years ago, I would never have accepted to receive this trophy; I do not understand why … tonight I still do not understand why, but I agree to play the game ". New York has changed Charlotte Gainsbourg, to the point of accepting the rules of the world very gilded charity galas New Yorker.

The actress and singer was the guest of honor Monday evening of the gala of the French Institute French Alliance (FIAF), come to receive the Trophy of the Arts, in front of a parterre of rich and beautiful, alongside Dominique Sénéquier, discreet but powerful Patron of the investment company Ardian.

Over the years, the FIAF gala has become part of the glamorous events of the French and Francophile community. The rules are immutable and the participation of the shy Charlotte Gainsbourg has not changed anything. One comes under the gold of the Plaza Hotel to spend money to fund the educational and cultural programs of the institution. In a few tens of minutes of auction run, the auctioneer Rachel Orkin-Ramey steals the dollars. A week in St Barth leaves for $ 28,000, a trip to Paris for $ 12,000, earrings of a French luxury brand for 16,000 … "It became vulgar this brand," whispered in my ear next to the table … before realizing that she hung on the back of her seat a bag of the same brand. Shatters of laughter, we can do good and keep a sense of humor.

But there was something new this year: only women were invited to go on stage – with the exception of the chairman of the board of the FIAF, billionaire, real estate developer and film producer Charles Cohen. After him, the evening was entirely feminine and "It was time to finally recognize strong and talented women" said Marie-Monique Steckel, the institution's president. Because if the FIAF has been run for 15 years by a woman, and has more than 60% of women among its members, never the gala had honored two women at the same time.

It was time, therefore, to recognize the talent of Dominique Sénéquier, unknown to the general public but star of the world of finance. She was among the 7 women admitted for the first time to the Polytechnic School in 1972 and had a brilliant career in France. In 2013, she orchestrated the buyout by employees of Ardian, which she had founded and directed for Axa. Since then, it has made it one of the heavyweights of a sector that still leaves women with little more room than Polytechnique 40 years ago: only 2.6% of American firms "Private equity" are led by women.

Based in New York, this pure product of the French elite has, in receiving his trophy, praised the Anglo-Saxon entrepreneurial spirit, which she discovered in the 1970s in New York. , then trainee on behalf of the Ministry of Economy, before moving there years later to develop his business. "At Ardian too, we want to combine the best of New York and the best of France, she said while receiving her trophy, particularly insisting on "Gaullist interest paid to every Ardian employee anywhere in the world".

The other heroine of the day is at least as discreet, but certainly not unknown. In giving him the Trophy of Arts, the Consul General of France in New York Anne-Claire Legendre noted that she had like other French of the same age, "Grown up with Charlotte Gainsbourg, copying up to her bangs". Without anyone really knowing if it's New York who changed her, or simply expressing herself in English that gives her voice an assurance that we do not know her, the actress went all the way to almost-confide in front of the 500 or so guests of the gala. "I arrived in New York 5 years ago fleeing a family tragedy (the death of her sister Kate Barry in 2013, Ed), she said to explain her pleasure of receiving this honor in New York where she says, "she can express herself differently ".

In recent months, she has often told the press the liberating effect of her life in New York, without which she assures that she would never have dared to write her last album, released in 2017. Here, if we recognize in the street, it's like Charlotte, not girl of … and it is this force drawn from the exile which this evening propelled a radiant artist on stage.

Driver runs over woman and escapes in Santa Ana

Immigrants would qualify for $ 600 in state support if Newsom...