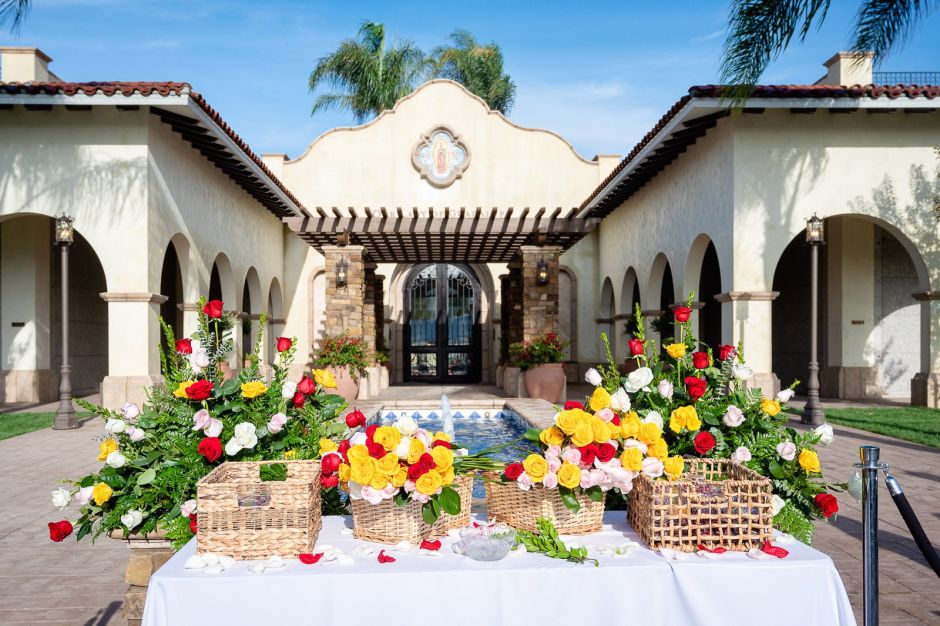 The Rose Hills Cemetery recently opened a mausoleum dedicated to the Virgin of Guadalupe with an image that is a replica of the painting in the basilica in Mexico City.

The building between the 60 and 605 highways, east of Los Angeles, built the religious monument with stone also donated from the same institution in the Aztec capital.

In the special dedication and reception with community leaders and elected officials that took place on Thursday, December 6, Cal State Los Angeles professor Manuel Aguilar spoke about the cultural significance of Our Lady of Guadalupe for millions of Latinos in the United States.

"Our Lady of Guadalupe is a powerful symbol of hope and faith in our Latino communities in Los Angeles because of its history in the Americas," said the professor. "Having a replica image and a fundamental stone of the Basilica of Santa Maria de Guadalupe in Mexico City is an invaluable gift that will be shared with the community."

Patrick Monroe, president and CEO of the Rose Hills Company, said: “We welcome Rose Hills to the image of Our Lady of Guadalupe. His new home in Mission Hills demonstrates our respect for the traditions and cultures of our diverse communities. ”

In a statement from the cemetery it is expressed that the new mausoleum of the Virgin of Guadalupe is a place to share treasured beliefs and traditions from generation to generation.

The document adds that the new monument was inspired by the El Portal de la Paz mausoleum, a prestigious Spanish mission-style building in Rose Hills built in the 1930s that attracts many visitors every year.

Currently, the image of the Virgin of Guadalupe is an integral part and a symbol used throughout Mexican history, not only as a religious icon but also as a sign of patriotism.

Notary posing as lawyer causes deportation of mother and daughter

[Webinaire] Tax assistance for French companies during the Covid-19 period: what...