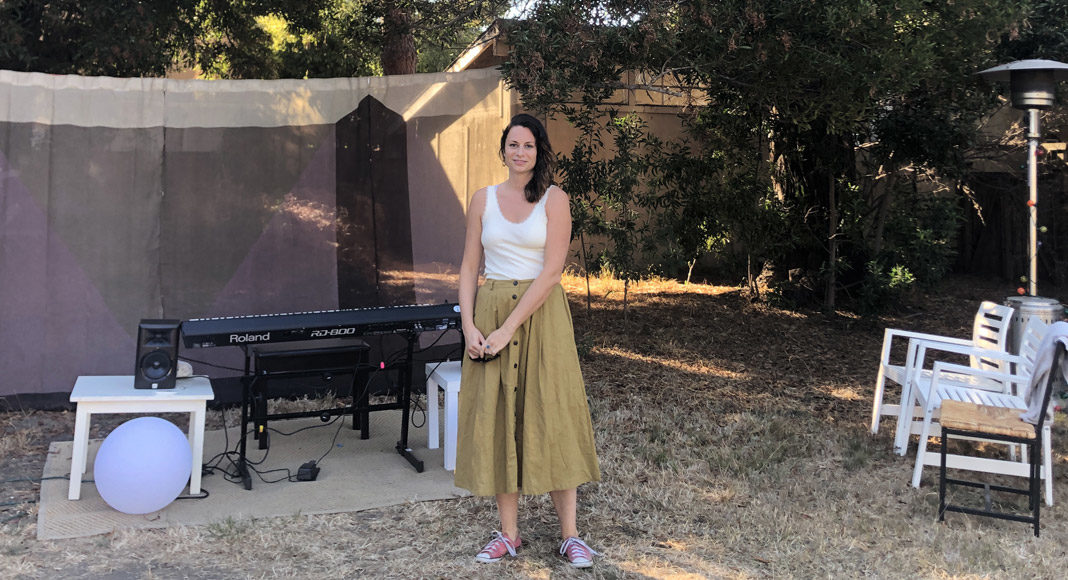 “ What I missed the most during these months of confinement was going to concerts and listening to live music. ! »Says Cécile Boucheron, Frenchwoman living in Oakland for almost three years. Never mind, to make up for her lack, the music lover – interface designer by profession – decides to bring the music back to life around her. How? ‘Or’ What ? By organizing concerts in gardens loaned by Francophones from the East Bay. The “Backyard Concerts” were born.

” To comply with current health rules, everyone takes their chair, their drink, we stand two meters from each other and enjoy an hour of music together, ”she explains. A concept that has already attracted 25 people during the first show organized on October 11 in a garden in Berkeley. “I didn’t know what to expect, but the tickets sold out within hours ! I’m obviously not the only one who misses live music »Exclaims Cécile Boucheron, satisfied by this enthusiasm.

For the first concert, Jeanne Hourez, French musician graduated from the conservatories of Paris, San Francisco and the University of Montreal, took place behind a piano installed for the occasion in the garden of a French family. ” She performed classical pieces solo and I felt it was doing everyone a lot of good ! »Confides Cécile Boucheron. The second concert, organized on October 24 in a garden of Orinda, features a gypsy jazz group for a completely different atmosphere. ”The idea is to introduce different styles and groups”Explains Cécile Boucheron.

The price of seats varies between 12 and 15 dollars depending on their duration and all the profits go to the artists. An initiative that aims to support them. ” Artists can no longer play and their income has fallen. Many people also express the need to play in front of a real audience… These concerts are therefore winners and in these times of virtual reality to the extreme, it makes it possible to develop essential social links ” specifies the Frenchwoman.

Cécile Boucheron is not at her first attempt at organizing events. In 2017, she launched monthly aperitifs between French and Francophiles from San Francisco. ” I lived in NYC for six years before arriving in the Bay and I was inspired by what was done there. It was sorely lacking here when we all need human contact. Getting together with francophones is a bit like being in a nest. And it is a common vector for launching projects! »Details the passionate 100% volunteer.

In 2019, Cécile Boucheron created in the wake of the Facebook group of Francophones of the East Bay which now has more than 500 members. Today, in order to perpetuate her concert project – more compatible with the pandemic than aperitifs – she needs other French speakers by her side. She is looking for musicians in need of spectators, owners of gardens in the East Bay and people capable of supporting her on a technical level (connections, sound, etc.).

The only condition: to want to participate. ” Francophone or Francophile, amateurs or professionals from different musical branches… You just need to be motivated! »She adds. Only constraints: ” we are limited to the sound level so unlikely to play metal. And we follow the rhythm of the sun! “. The shows take place before night falls, at the end of the afternoon.

Coming in November, before a winter break: a double bass / ukulele – voice duo (looking for a French-speaking pianist). You can consult the program here and Cécile Boucheron is already working on the spring repertoire. So don’t wait to come forward and contact her. Let the gardens continue to sing.

Seniors find their passion in art

Prohibition of foie gras in New York: all the answers to...

Bank accounts of 40,000 accidental Americans will not be closed