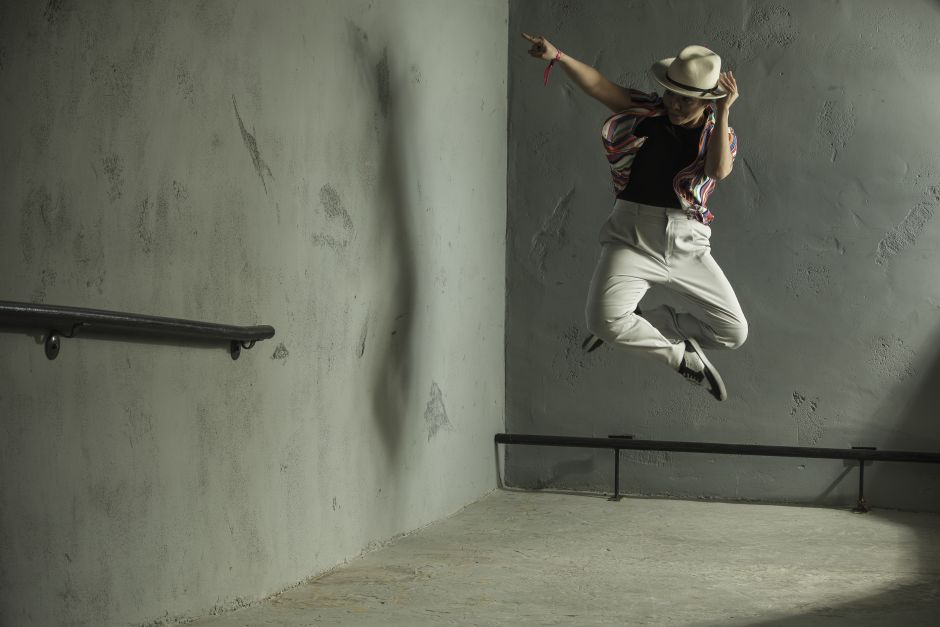 The Mexican artist faces challenges with her visa, but nothing stops her to continue offering her talent in this country.

As a child Azucena “Zuce” Morales had a lot of interest in dancing when she was little. However, it was a race that at that time could not be considered to have a good future since it was not well seen.

"Because they say the dancers are going to starve to death," Morales said.

However, the young woman could not give up the dream of being a professional dancer. While attending high school in his native Puebla, Mexico, he took classes in the afternoons in a studio where he first met the "locking" style.

Locking was born in south central Los Angeles in the 1970s. It consists of the dancer freezing for a few seconds in the middle of a rapid movement and then return to normal speed.

Morales wanted to learn like the great choreographers and it was then that his dance teacher told him that his opportunity would be in Los Angeles, California.

After graduating from high school, the young woman asked her parents to support her to seek her future in art. A little doubtful, but seeing the gift his daughter had in the dance, both accepted.

The young woman obtained a student visa and at age 19, without knowing anyone in the United States, moved to North Hollywood.

“I lived in a hotel for about five days and I started looking for rooms on Airbnb,” said Morales, who is now 23 years old. "A lady who had a room available on Airbnb agreed to rent it (long term)."

Shortly after he began his dance classes at Glendale College. She remembers how difficult it was to travel an hour and a half one way and another hour and a half back by bus from school to her home, but she knew that her effort was worth it.

The young woman graduated from Glendale College last year. His visa allows him to have a year of work and currently works as a dance instructor in two North Hollywood studios.

“Every time I dance I feel extreme joy. It is a way to connect my body and soul to the rhythm of the music, ”said the expert dancer in the lock. "And when I dance for an audience it is a great feeling to be able to reach the viewer with my energy and my feelings."

The young artist has won important dance competitions including the “Redbull Dance your Style” in Los Angeles in 2019. That same year she also finished as a finalist for the Redbull contest nationwide in Las Vegas, Nevada.

"I think the reality to excel is to have the dedication and consistency," said Morales, who has shown that if you can do a dance career.

Morales quickly engaged in the Los Angeles lifestyle and began to forge his career as a professional dancer, but is currently facing a new obstacle.

This week the student O-1B visa that he obtained four years ago expires.

The O-1B visa is a visa granted to foreign citizens who demonstrate extraordinary achievements in the fields of science, athletics, business or education or art.

The immigrant visa included three years of education and one year of employment.

"When it expires I have a 60-day extension period and that is when we are going to (request) the visa again," Morales said. "My lawyer said the regulations are getting very difficult."

“In the last year we have seen a huge delay in USCIS. This is affecting all types of immigrant and nonimmigrant petitions, ”said the lawyer.

In cases like that of the young artist, what should be done is to apply for a new visa or extension, since the current visa is not automatically renewed.

"All my clients who obtained subsequent visas (O-1B) received them for three years, which is the maximum time you can obtain by visa," said Wool.

Among the most important things to apply for a visa, is the evidence of the extraordinary achievements of the beneficiary.

Morales is in charge of getting more letters of support, as well as proof that his work is as valuable and important as any other professional career.

"I want to continue teaching and be a choreographer," said the young artist who does not lose hope of continuing to contribute her talent and taxes to this nation.

"If they didn't approve me for the visa, I would go back to Mexico City to get more evidence and try again to apply for the visa," he said. "I am very grateful to my family because they support me in everything."

Additionally, Morales said he wants to make known that Mexico has a lot of new talent and wants to continue inspiring new generations to dare to follow their dreams.

I would like the world to see that (the dancers) we are able to influence society in a positive way as well ”, concluded the dancer.

Flushing everything down the toilet can cause drainage problems

No Laurent Ruquier, there is not "nothing to do and see...

Patrick Timsit: "After the show, people call their mothers …"