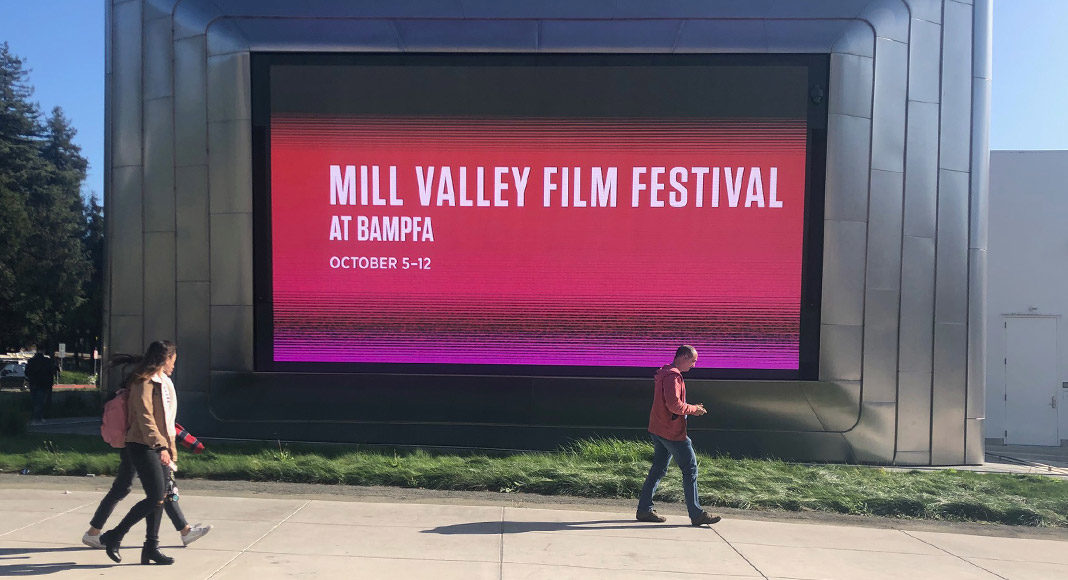 Autumn brings to the Bay of SF essential events for lovers of the 7th art. From broad audience to more specific. Selection of festivals to follow.

The Mill Valley Festival, the most prestigious
For 42 years, he has gathered the cream of independent and international films. More than 200 filmmakers of various origins are expected in Marin County, north of San Francisco. Organized by the California Film Institute, it has the reputation of honoring future successes. This year, many films screened in Cannes are part of the selection. And the Frenchies are well represented with, among other things, projections of "Grace to God" (François Ozon), "Swallows of Kabul (Elea Gobbe-Mevellec and Zabou Breitman, who will be there)," The Truth "(d) 'Hirokazu Kore-eda with Catherine Deneuve and Juliette Binoche) or' Les Miserables' by Ladj Ly (who will represent France at the Oscars). Tickets are quickly sold out, but there are some screenings in other venues, such as the Berkeley Art Museum and the Pacific Film Archive. 3-13 Oct. Info here.

The Drunken Film Festival, the most casual
For the second edition of this new genre festival, 98 films will be broadcast over 9 days in different bars in Oakland. The bet of the film-lovers at the origin of the project: films varied, uninhibited and accessible to all. Unique recommendation: consume drinks while enjoying the good atmosphere. The opening night, in the presence of directors of the Bay (including one of the stars of stop-motion, Phil Tippett) is paid, but the other sessions are free. 4-12 Oct. Info here.

Superfest, the most engaged
The International Disability Film Festival is the world's oldest disability festival. For two days, between Berkeley and San Francisco, films (various formats) celebrate disability as a driving force and creative force. On the program: stories of surpassing oneself, questions of identity and the gaze of others. All without taboo. 20–Oct 21 Info here.

The Japan Film Festival, the most exotic
Immersion in the J-pop culture with the 7th edition of this pointed festival. The selection presents critically acclaimed films in Japan, including many new releases. Of note, the premieres of "We Are Little Zombies" (about young orphans who raise a group), "Jesus" (about a young boy who leaves Tokyo and arrives in a new school in the countryside) or the broadcast of noted documentaries and award-winning ("Life is fruity" on the choice of life of an architect in the heart of nature, "I go gaga my dear", on Alzheimer, or "A journey through genders", the story of the first woman become a man in Japan). The event coincides with the J-Pop Summit, which broadens the Japanese experience in Japan Town with entertainment, concerts and cooking. 4-10 Oct. Info here.

For the first time, the FAEA Award honors a woman

They perform a mourning ceremony in honor of 1460 homeless people...

Peaceful night in Los Angeles after the removal of the curfew

They denounce lack of strategy against terrorism of white supremacists

What to see at the Houston Cinema Arts Festival this weekend?