Home Business At Bonne et Filou, macaroons are eaten on all fours 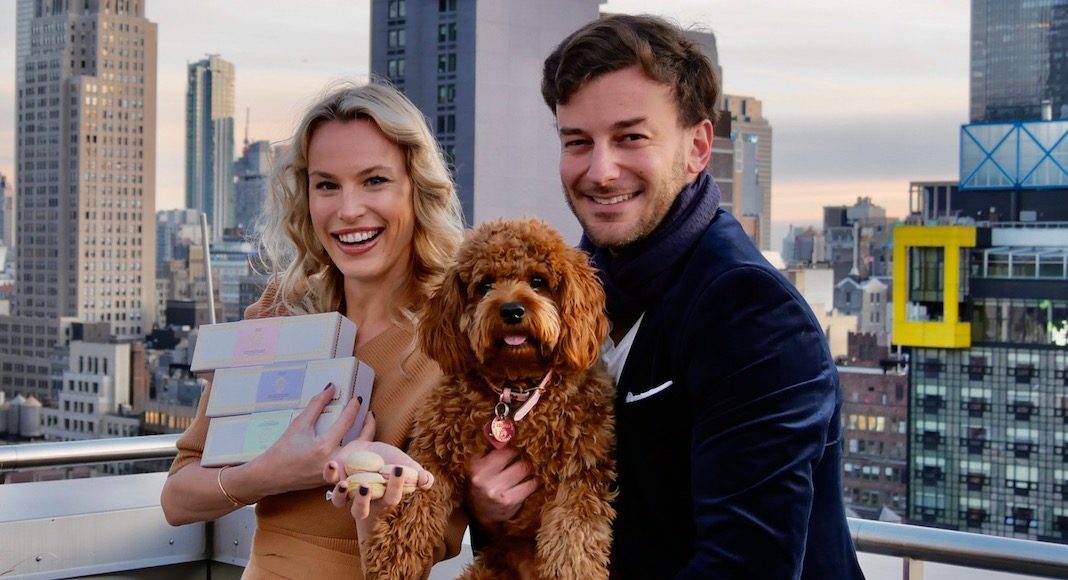 We no longer present the macaron, this small round cake symbol of French pastry in many countries such as the United States. So why not share it with our four-legged friends too? This is the idea of ​​Nicolas Nemeth. Installed for seven years in New York, this Parisian of 29 years goes into macarons for dogs.

“I was pleasantly surprised to see the interest in dogs when I got here. Americans sometimes spend more on their dog than on themselves, “dog-food” is a market worth over $ 70 billion ”, says the young entrepreneur who previously worked in investment banking.

Beyond the company, Nicolas Nemeth is also a dog lover. He is the proud owner with his wife Linzi de Filou, an 11-month-old red Cavapoo (crossed Cavalier King Charles and Poodle), followed by nearly 14,000 followers on Instagram. "I was very interested in the story of Henry III and his dogs. The king was always surrounded by his bichons which he treated as his similar. "

Nicolas Nemeth was also inspired by Louis XIV for the name of his company. The Sun King owned two dogs named Bonne and Filou. "Versailles was a paradise for dogs ”, assures the French. “More generally, dogs were idolized in the Middle Ages. It changed then, but we are coming back to it now, especially thanks to China and the United States ”.

With Bonne et Filou, Nicolas Nemeth hopes to become "The equivalent of Ladurée for dogs". “We are the only luxury dog-food brand. All that exists on the market today is low-end food, or poor packaging, with plastic. ”

Bonne and Filou macaroons are sold in boxes of six, and available in three flavors: mint, lavender and strawberry for $ 23.90. If the macaroons for humans are made of 75% sugar, those of Bonne and Filou are made from oatmeal, honey and coconut oil. “We worked with a nutritionist and a veterinarian to prepare the healthiest recipe possible for dogs”, explains Nicolas Nemeth. These “dog treats” are handmade in the Midwest and prepared without coloring or preservatives, with recyclable packaging.

"It’s a very edible product for humans", adds Nicolas Nemeth. We tasted it to be clear about it. The result is neither good nor bad, with a fairly hard and crisp texture, close to the cookie. "This is so that dogs can spend time on it and have their teeth."

The Bonne and Filou macaroons are currently available for online ordering. But Nicolas Nemeth is in the process of canvassing the shops. "My goal is not to do" mass-market ", but rather" premium retail "in luxury hotels and specialty shops."

Latino families care about the future of their children in sports

Day laborers: it could be a difficult group to tell