Home Latest News A ring that survived the 1961 Bel-Air fire was found in the... 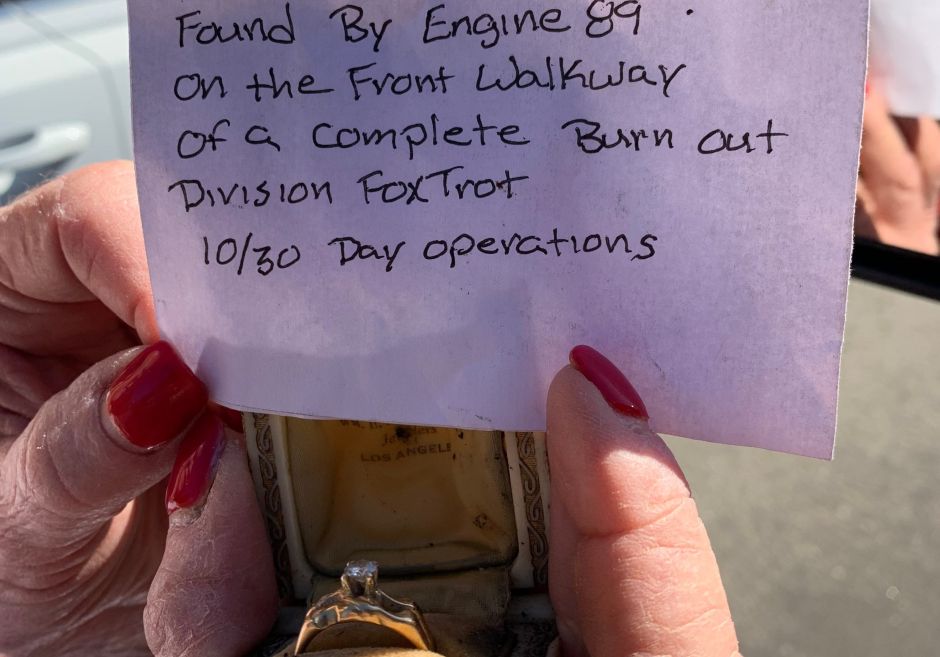 Fire crews working on the Getty fire They have rescued a wedding ring from the rubble of a destroyed house, almost 58 years since the day the same ring survived the 1961 Bel-Air fire.

Last Wednesday, a team from the engine company that worked on the Getty fire "found a small jewelry box in front of the only house destroyed in that section of the street," according to the Los Angeles Fire Department, which reported that the ring box was "sitting there by itself."

"When … (the crew members) opened it and saw the beautiful ring inside, they knew this would be very important for the owner," according to the LAFD statement.

Firefighters took the ring to the command post of the incident and a few days later, when evacuated residents were allowed to return to their homes, the owner was found and told the story of the relic.

"That ring belonged to his mother who lived in the house, when it was destroyed in 1961," according to LAFD.

Mother and daughter were together at home when they were ordered to evacuate last week, authorities said.

And now, the ring is with them again … somehow he found his way to a place where firefighters "rescued him".

Thomas Philippon talks about the consequences of Covid-19 on the world...

7 mistakes not to commit for his real estate investment