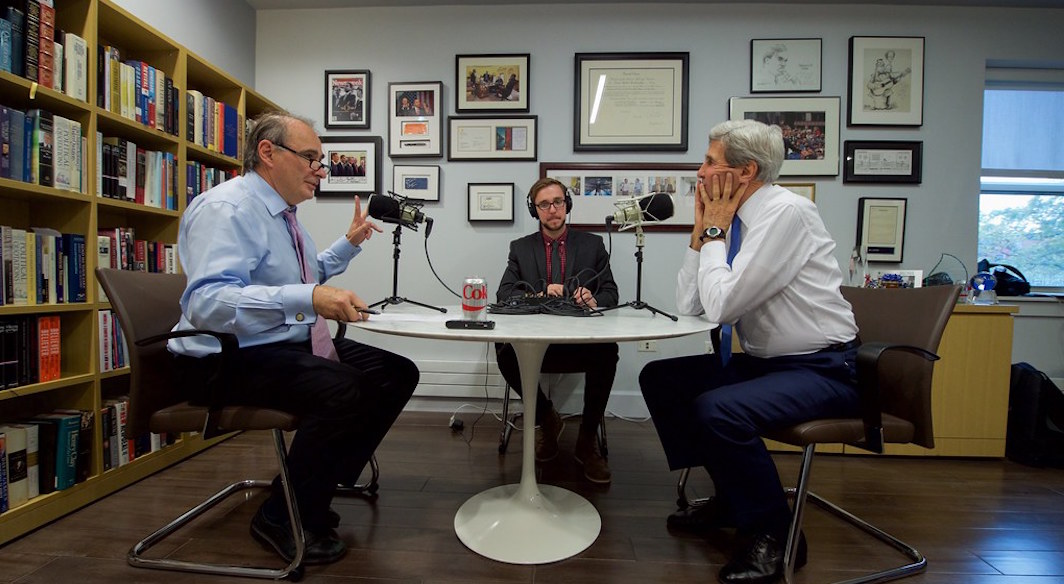 Democrats' primaries and caucuses, Donald Trump’s Senate trial, presidential election in November … The year 2020 will be politically rich in the United States. To follow the election news (and everything around it), here is our non-exhaustive list of podcasts to follow.

The most French: "Washington from here"

Our fellow French radio stations know how to find good podcast titles, but they are mostly knowledgeable in American politics. In this podcast, correspondents in Washington from several public stations (Franceinfo, RTS, Radio Canada, RTBF and RFI) look at the campaign, the White House and America today. All in VF. Info here

The far left: “Pod Save America”, a view from the left

Hosted by Obama's former speechwriter, Jon Favreau, and other members of the former president's team, this approximately one hour podcast provides – from the left – a look at the news of the week and brought in elected officials, activists and former members of the Obama administration to talk about Donald Trump and the Democrats' reconquest of the White House. Interesting to understand the workings of the administration from the point of view of former "insiders". We also like other podcasts from the Crooked Media group, launched after the 2016 election, like “The Wilderness”, on the Democratic Party’s post-2016 desert crossing, and “Pod Save The World”, on the news. international. Info here

The most searched: The Ax Files

He is one of the wise men of American political life, and certainly one of his greatest specialists. Architect of the two victories of Barack Obama in 2008 and 2012, the political adviser David Axelrod is also the author of an excellent podcast called The Ax Files, in which he speaks at length and in depth with democratic and republican personalities, as the candidate for candidacy Andrew Yang, former Donald Trump economic adviser Gary Cohn and many other Washington and well-known actors. His authority gives him access to a very rich palette of interviewees, for always in-depth and interesting discussions. Info here

The most “geek”: the “Politics Podcast” by FiveThirtyEight

We warn you, this podcast is made by “geeks” for “geeks”. FiveThirtyEight, or 538 (the number of electors who elect the President of the United States) is the benchmark for analysis of polls and political statistics. In the "Politics Podcast" that comes out every Monday and Thursday, journalists and the boss of 538 Nate Silver talk about the news of the week with lots of numbers, forecasts and trends that we do not pay attention to. Fascinating, provided you are not afraid of stats. Info here

The most conservative: “The Glenn Beck Show”

Several podcasts offer a Republican or Conservative perspective on current affairs. For a decidedly right look, listen to “The Glenn Beck Show”, named after the famous talk show host Glenn Beck, a true reference for the American right. In this show, he talks (at length) about the news of the week and receives guests you may never have heard of if you never watch Fox News or other conservative media. A great way to get a feel for Trump’s America every Saturday. Info here

School psychologist accused of having sex with student in La Habra...