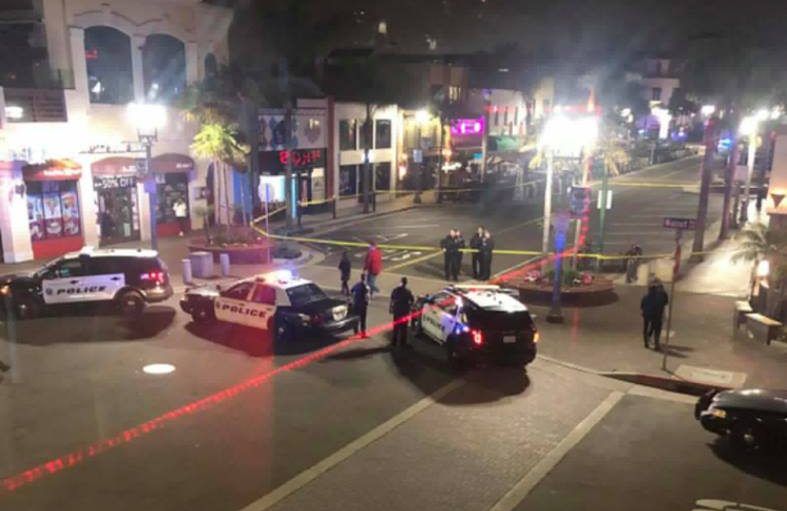 Last Saturday the popular Oktoberfest event was taking place in the Old World Village, in Huntigton Beach. An explosion caused all attendees to be evacuated and left five injured, including two firefighters.

Approximately 20 minutes before the explosions, someone called the fire department after the event lights began to flash.

The Huntington Beach Fire Department team responded and investigated one of the underground vaults.

At that time, the owner of the establishment placed caution tape around the yard to make sure there was no one near the area. A smell began to come from the underground vault where the transformers were.

When they approached the vault, there was a first explosion, the Fire Department said. Then, There were two more explosions, generating great flames.

“There was an underground vault that it contained three transformers, one of which exploded“Said Jeff Lopez, Chief of the Firefighter Battalion of Huntington Beach. "That initial explosion knocked everyone down."

The owner, Bernie Bischof was injured during the explosions. He was injured escorting firefighters to the source of the smell, said Oktoberfest spokesman Dan Escamilla.

"He was the first person to enter and that was when the explosion occurred, so he received the worst part," Escamilla said. "He is suffering second to third degree burns in more than 38% of his body at this time."

Two firefighters were also injured in the explosion.

"When the explosion occurred, the mineral oil contained in the transformer was extremely hot," Escamilla said. “That rained on their heads. In Bernie's case, he splashed his arms and legs. ”

Escamilla said Bischoff is expected to be in the hospital for three weeks. It was the year 42 of Bischof celebrating the Oktoberfest. His father built the Old World Village. Escamilla said people are crediting Bischoff with their lives after reporting on parts of the festival before the explosion.

Two other civilians were injured. Both they and the firefighters have already been discharged from the hospital.

Due to the explosion, Sunday's celebration was canceled.

The Tarte Tropez bakery wants to treat the Texans

Victim of wound with machetazo receives the U visa for him...

French start-ups in the spotlight at the Créative Lab

French restaurateurs from New York: “We don’t know what tomorrow will...