Home American Life The guide tip in the United States: who to give a "tip"... 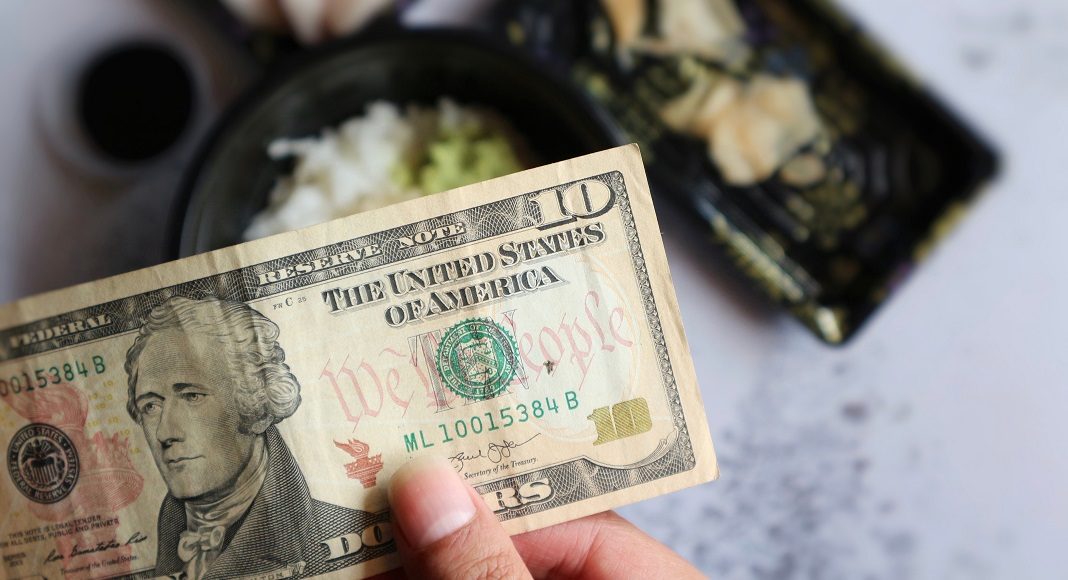 The famous "Tip" is one of the characteristics that must be complied with when living in the United States, at risk of sounding rude and "Rude" in the eyes of the Americans. At the restaurant, you know (in principle). But these are not the only places where you expect a little ticket in addition to the final score. Americans consider that a service must always be thanked by a tip more or less generous.

However, there is no law governing the amount of tips and subject divides the Americans themselves. Should we give hairdressers, taxi drivers and baby-sitter? Is it rude not to give "Tip" to newspaper delivery? French Morning Tell you more.

The cosmetic professions, a tip that makes a huge difference

In the United States, most hairdressers do not receive a fixed salary and are paid for the service. They must also pay a commission to the hair salon. However, the "Tip" it's theirs entirely and that's a big part of their salary. To see the number of articles on the subject, Americans are divided on the amount of "Tip" : 10% of the benefit for the strictest and between 20 and 25% for the most generous. On the other hand, if the hairdresser who is styling you has his own salon, then you do not have to feel guilty if you do not take out the wallet. For beauticians, manicures, massages and beauty salons, the rules are the same: add between 10 and 20%. As for artists like tattoo artists, they also expect a small tip.

The staff of fast food

It's not just the waiters who get a tip! Whenever you order a coffee or a menu in a chain of coffee or fast food, you will be asked if you want to add a "Customer tip". You will not be particularly frowned upon if you leave nothing – unlike the restaurant – but it is customary to pay a tip of about 10% of the bill when paying. This money will be added to the (sometimes lean) salary of the employee who has just made you a coffee or waiter at the bar.

Again, no official rule exists, but it is customary to leave about 10% in taxis, especially if you have luggage. If you order your taxi on an application, it is possible since 2017 to leave a tip directly via your phone. Everyone does not leave 15% tip, some are content to give 5% and there are many who leave nothing. A recent study even showed that 60% of Uber's customers never leave tip and only 1% leave a tip each time.

As with restaurant waiters, pizza deliverers are often paid for "Tip" that customers leave when they pick up their order. You can leave between 10 and 20%, knowing that 10% is often the minimum and corresponds to a rather bad service. As for taxis, the "Sharing economy" changed the game. Instacart's delivery men were recently on strike to claim that the tip proposed by default on the application goes from 5% to 10%.

On the other hand, the newspaper delivery man does not necessarily expect a tip from you, but he will expect you to think about his Christmas gifts at the end of the year (see below).

The cashier who fills the bags at the supermarket

In the United States, cashiers have a double task as they participate in filling your bags. Many Americans then leave the currency or a few dollars to thank them, even if it is not a real tip.

The babysitter, a good point to have a service "last minute"

Nothing will require you to "TIPER" the babysitter, because she is already paid per hour. On the other hand, nothing prevents you from doing it, because the latter will remember of you when you call him to 20h a Saturday night hoping to keep your children at the last minute.

The porter of a hotel, the porter and the chambermaids

In general, you should give between $ 1 and $ 2 a night for maids and up to 5 in luxury hotels, and as much for the porter, if he gives you a helping hand. Of course, everything depends on the hotel, the quality of the service and the state in which you leave the room before leaving. For those who live in a big city, do not forget the doorman. The "Doormen" receive about a dollar per bag, or more depending on the services it provides (call you a taxi for example).

Christmas presents, a tradition of the end of the year

Prepare your wallet, the new year's start from the month of December in the United States. This tradition aims to thank the staff that you used to attend: the babysitter, the janitor or porter, the newspaper delivery, the cleaning staff, maintenance … The Americans take advantage of gifts to double the tip their hairdresser and offer gifts to the school teacher or the teacher of their children.

Those who are not entitled to a tip

Doctors and specialists, shop sellers and salespeople, professionals who come to manage public spaces, teachers and teachers, police officers, journalists, members of the government in general …

If you have an ITIN, you may already qualify for the...

Le Petit Paris 75, a Parisian bar in the Pigalle san...