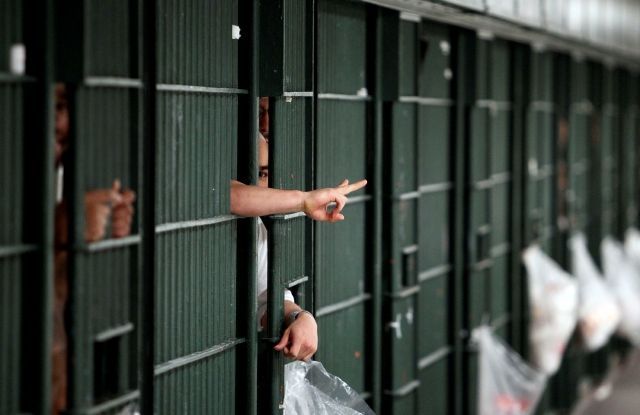 With Measure R, activists hope that the prison population will be reduced and that there will be more responsibility in the acts of abuse of the sheriff's agents.

After struggling for years for a fair prison system for every person in Los Angeles County, angelic activists feel they are about to achieve it. But they need voter support.

It is estimated that about 17,000 prisoners are in one of the seven prisons in the county every day. This number could be significantly reduced if Measure R is approved in the March 3 elections.

Supporters of the measure explain that the current practice of Los Angeles County prioritizes incarceration of the person rather than treatment, perpetuating cycles of instability and homelessness. Poor mental health care in prisons results in jail violence and self-harm.

Added to this, they ensure that the lack of responsibility and supervision of the Sheriff's Department compromises the safety of people detained in prisons.

If approved, Measure R will focus on two things specifically; will assign the citation power to the current sheriff's civil oversight commission and give a time limit for Los Angeles County to write a plan to reduce the prison population.

Lynne Lyman, an advocate for justice and an activist with the voteyesonr.org group, explained in an interview with La Opinión that the civil oversight commission currently has no citation power.

"They cannot obtain documents, they cannot ask for witnesses and this new sheriff has not particularly cooperated with the commission," Lyman explained referring to Sheriff Alex Villanueva. "Then (measure R) would give them the power to investigate the misconduct of sheriff's agents in an independent and effective way."

Additionally, the measure calls for the county to have a plan ready, over a period of seven months, demonstrating how they can reduce the prison population.

Lynman said this is very important since in the past 10 years that she has struggled to reform the prison system she has seen two plans that have been written and discarded without following up.

"(The Board of Supervisors) have submitted plans, they have hired their friends to write the plan, then they throw it away and nothing happens," Lynman said. "That is why we specifically ask that this plan be written by the civil oversight commission so that there is some responsibility incorporated."

It is estimated that, of all the people who are being held in prisons in LA County, 70% suffer from substance use disorder, 25% are homeless and 40% cannot pay bail.

If the R measure is passed, it is estimated that immediately around 3,300 people could receive help and in the short term, more than 5,000 people with mental health illnesses could get a better option to incarceration without help.

The reaction of the community

Leslie Estrada, an activist for Measure R in the East Los Angeles County area, said she has had the opportunity to speak with voters and listen to their questions and concerns.

"Some are very receptive to what we are doing and support the average," Estrada explained. "But when I go to more conservative areas they refuse more, they have the ideas that people in jail (all) deserve it."

Estrada said that Latinos believe that this is a very important issue to address since the alternative of going to jail for programs that can provide adequate help – medical if necessary – so that people do not relapse, is very important.

"Especially for people facing reentry, it has been shown that if they are given opportunities through retraining programs, they can successfully reintegrate into society and recidivism decreases," Estrada said.

There are several entities that support the measure, including the Translatin @ Coalition, COFEM, the Los Angeles Immigrant Pro-Rights Coalition (CHIRLA) and the William C. Velásquez Institute.

"Measure R is about values, we are looking for a way for people to contribute instead of being jailed and trapped in that system," said Lydia Camarillo, president of the Velásquez Institute. "They are values ​​for our society, while there are fewer people in prisons there will be more people in jobs and educating themselves."

Measure R will be on the ballot of the next elections and it is important to emphasize that for the first time people will be able to vote in a period of 11 days.

The vote by mail begins on February 3, the voting centers open on February 22 and people can vote in person from that day until March 3 when it is the official voting date.

To find out what your voting center is, visit: https://lavote.net/locator

A positive vote on Measure R is a vote in favor of amending the Los Angeles County Code to authorize the Sheriff's Civil Oversight Commission to develop a Comprehensive Plan for Reinvestment in Public Security, which would aim to reduce the prison population, imprisonment, and grant the commission the power of subpoena to investigate complaints.

A negative vote on Measure R is a vote against amending the Los Angeles County Code to grant the commission the citation power to investigate complaints, thereby leaving power with the Office of the Inspector General.

"It's female!", New baby gorilla at the Los Angeles Zoo

The new school year will begin on August 18

Despite the pandemic, they are getting married in an outdoor religious...