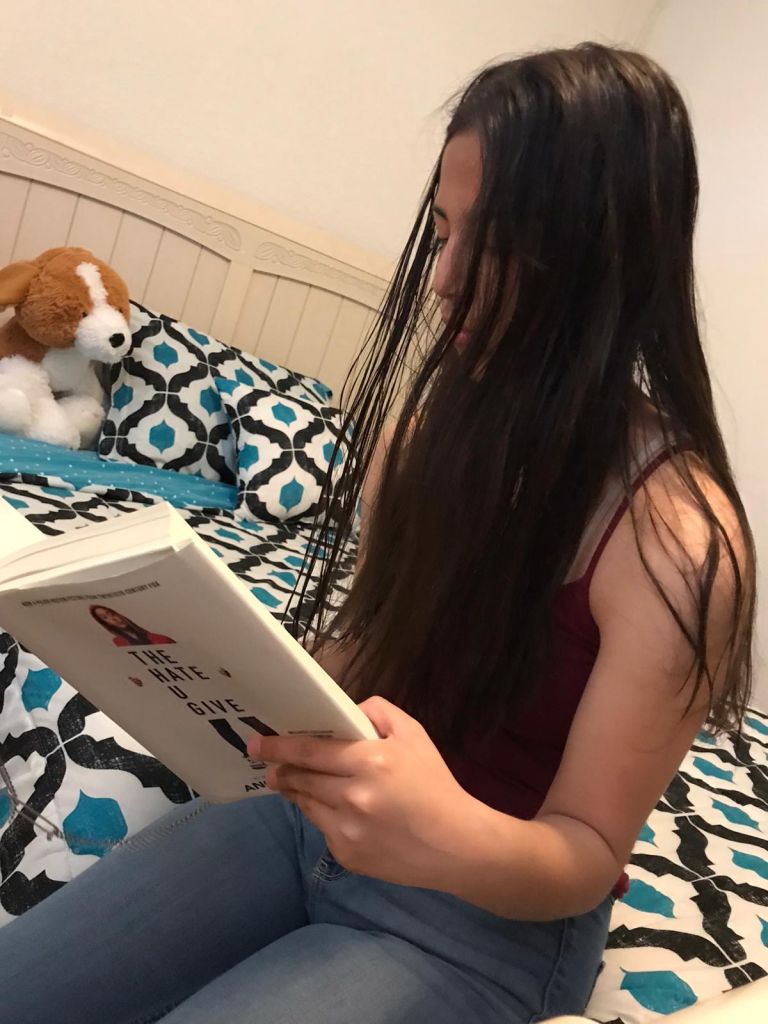 The family demands justice, but they fear that the aggression will be repeated; school officials did not want to comment on the case

Aaliyah Gómez Barragán, a student at Sherman E. Burroughs High School, in the Ridgecrest town of Kern County in California, was brutally attacked by another student on campus, what her mother considers was an attack of hate and racism.

“I was forced to have to get her out of school for fear that the girl will attack her again, since school authorities have done nothing,” says Veneranda Barragán, the mother of the 14-year-old girl.

Given this situation, she also decided to take her 17-year-old son from Burroughs High School for fear that the girl's brother would add him.

The events occurred on Wednesday, February 19 in the school cafeteria located in the upper part of the Mojave Desert of Ridgecrest, a population of about 27,000 inhabitants, mostly white, with only 17.9% of Latinos, according to the Census and located about 165 miles northeast of LA.

“It was at lunchtime, like at 12:30 p.m., my daughter was eating when Tyler came to verbally assault her. When my daughter tells him to leave her alone, to go over there and points to another place, the girl is beating him up, ”says the mother.

"He hit her against the table and continued to attack her until she knocked her down."

After the assault in the presence of all the students, Aaliyah and her attacker were taken to the direction of the school by principal Sandra Castro.

According to the mother, her daughter began to hyperventilate and suffer an asthma and panic attack.

“The director was not able to call an ambulance. I was busy filling out a class suspension sheet, ”she said. “All he did was suspend my daughter and the girl. My daughter was suspended from school for one day; and to the other student, four days. ”

The mother added that director Castro argued, to suspend my daughter, that she answered the girl, implying that she had provoked her when Aaliyah only told her ‘get out of here. Go over there'. Of course, the director advised my daughter not to walk alone, and that if someone knocked on the door of the house, do not open.

Completely frustrated and worried, the mother left school and went with her daughter to a hospital. “His face was swollen, he could hardly walk. My daughter told me that when the girl threw her down, she felt she was going to pass out. ”

Already in the hospital, the mother continued, the young woman was diagnosed with head, face, neck and cervical vertebrae injuries, a result of which a schoolmate fell on him, threw her against the floor, and Clean punch injured his neck and head.

“The nurses could not believe that another student had hurt my daughter so much, and that they had not arrested him and raised charges,” says the mother.

After the attack, Aaliyah and his brother did not return to school. “The two don't go anymore. We prefer that they remain without studies to suffer another aggression and can even kill them. We cannot expose them. Unfortunately in Ridgecrest, there is no other public high school. There is a private one, but we don't have the resources to send them there. ”

Six days after the attacks, the mother says that her daughter is still recovering from the blows suffered. But one of the things that hurts most is to see the indifference of school authorities, because that means that the aggressor can attack another student again and even kill her in a bad blow.

“Neither the principal nor the school police wanted to give me the incident report. In the School District they told me that they didn't know anything. I went to the Ridgecrest police to try to file a complaint, but they told me I had to go to Bakersfield. There they let me know that the accusation had to be made in Ridgecrest. ”

He even says that he tried to obtain a restraining order to prevent the aggressor from approaching his daughter, but in the Sheriff's Department office they told him that the child had to request it directly and hand it over to her aggressor.

"But how will he do that, if we want to protect her from her," the mother questions.

And he confesses that he feels tied hands after all the doors have been closed. “The school doesn't want to show me the report or the video. The videos I have had access to were taken by other students. ”

Meanwhile Aaliyah at home lives with fear and locked up. "We still don't know what the consequences of the internal blows he has suffered will be," says his mother.

“The director told me that my daughter for a long time made her bullying The girl who attacked her, but that's not true, she is only five months old at school because it was when we moved to Ridgecrest.

"What happens is that they are trying to change things, and they want my daughter to go from being a victim to the aggressor, when she barely knows her attacker."

What's more, he says, the director told him that they are investigating his daughter. “All they want to do is intimidate me so that I keep quiet. You just need to come to arrest my daughter, ”he emphasizes.

The opinion He contacted Sandra Castro, the campus director who dealt with the problem, but so far there has been no response.

Aaliyah's mother is convinced that the assault on her daughter was an attack of hate and discrimination tolerated by school authorities who do not want to do anything to prevent them from happening.

“Where was the school policeman when my daughter was being beaten and almost killed? Other girls had to get rid of it, ”said the mother. “The student is known for having trouble managing anger. All children are afraid of him. ”

It is not fair, says the mother, that her children have been left without going to school out of fear, and because there is no one to protect them. "What they did to my daughter was an assassination attempt."

Burroughs High School belongs to the Sierra Sands Unified School District. The opinion He was able to speak with Bryan Auld, assistant to the Superintendent of Human Resources of the School District, who said they could not comment on the disciplinary and safety issues of the students because they were confidential.