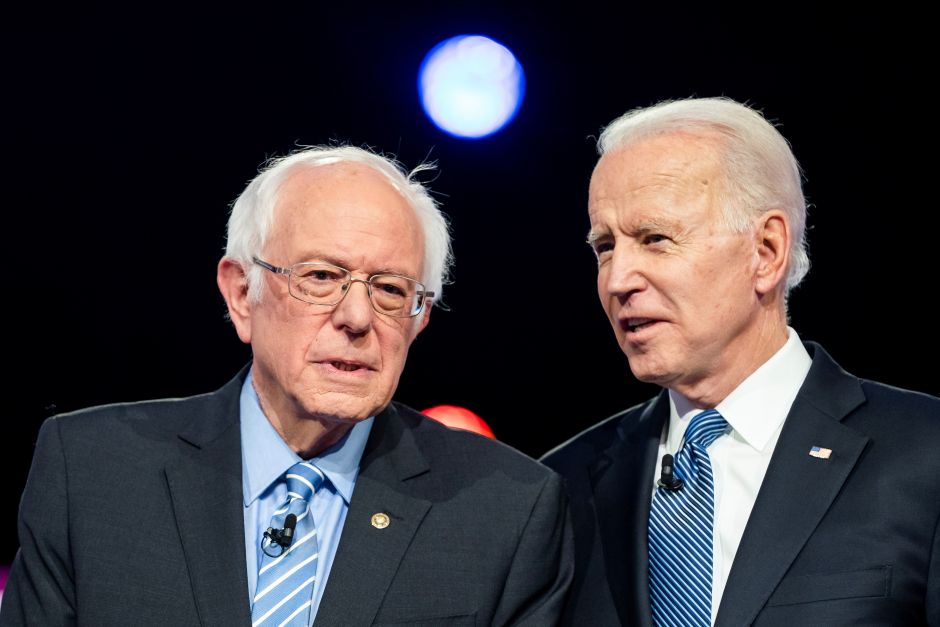 Survey reveals that immigration is not a priority and they support Bernie Sanders overwhelmingly against Joe Biden.

A survey conducted last week to 800 Latino voters in California revealed that most of them are interested in knowing who will be the next president of the United States for different reasons.

And although Latinos are primarily related to the issue of immigration, voters surveyed revealed that their main concern is the cost of the health system by 30%, followed by the improvement of salary income with 20% and third the protection of immigrants with 17%.

This could be one reason why many are supporting candidate Bernie Sanders who proposes a “free” Medicare health system for everyone.

The survey was conducted by Univision News and Latino Community Foundation for 800 Latino voters in California, which revealed that 47% of Latino voters support Vermont Senator Bernie Sanders, who advocates for a “free” health system for everyone.

In comparison, Vice President Joe Biden, who has a 17% approval since he prefers to expand Obamacare; while Mike Bloomberg has 16% support and opposes the Medicare plan for everyone.

However, these numbers could change at the last minute since between Saturday and Monday three Democratic candidates, who were part of the survey, ended their campaigns towards the presidency; billionaire and philanthropist Tom Steyer, the mayor of South Bend Indiana, Pete Buttigieg and Senator Amy Klobuchar.

"And we are seeing that approximately one in 10 Latino Democratic voters indicate that they are still unsure about which candidate to vote for," said Jacqueline Martínez Garcel, director of the Latino Community Foundation.

Fernando Guerra, director of the StudyLA research center at Loyola Marymount University, said Latino voters do care about immigration, more than non-Latino voters, just like they care about other issues but there are priorities.

Where will the votes of the candidates who retired go?

Experts say that although the votes of the candidates who have withdrawn from the contest will positively benefit the remaining candidates, Sanders seems to take the majority, at least in California.

The poll asked voters who would be their second choice for president if their favorite contestant retired. 26% of voters in general said they would give their vote to Sanders, 22% to Bloomberg, 13% to Biden and 10% to Warren.

"An important conclusion here is that Sanders, Biden and Bloomberg clearly have the highest recognition of all candidates," Garcel said. "And it is likely that this has been driven by their ads both online and with traditional media."

Although Klobuchar and Buttigieg came out of the race and announced their support for Biden, assistant professor Ashley Koning, of the Eagleton Institute of Politics, doubt that this greatly increases in the Latino vote for the vice president.

Koning, who is also director of the Eagleton Center for Public Interest Polling, said Sanders is running under a very "attractive" campaign although it is difficult to know if, if elected as president, he will be able to fulfill all his promises.

"When they are elected, and it is time to govern, they have to reduce or retreat or move away from some of those promises they make," Koning said, ensuring that Sanders has quite large goals and ideas like Medicare for everyone and other economic initiatives.

"These are the promises of the campaign that are really convincing and can help you, and whether or not they will become a reality if you are elected, that's another story," said the expert.

He bribed the DMV to obtain driver's licenses; now he will...

Mathilde Froustey, principal dancer, “one of the professions most affected by...