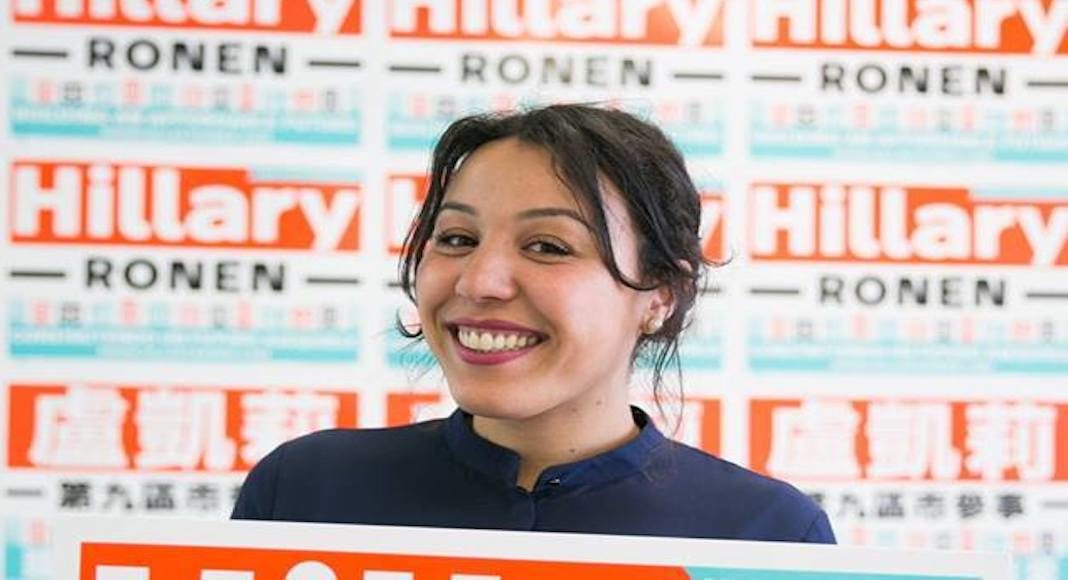 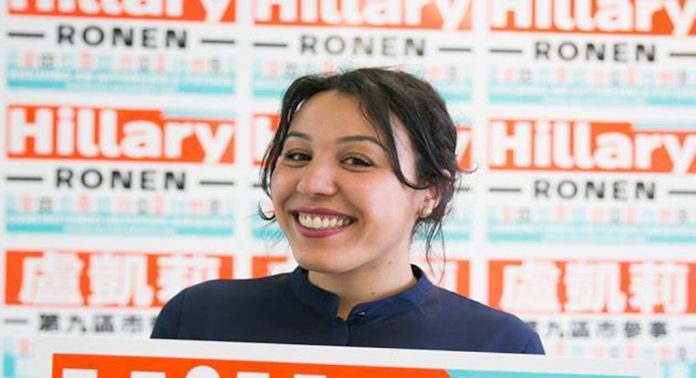 ” Participating in an election campaign is creating a very strong bond with the team, it’s exhausting but incredible. And when you win, it’s an indescribable adrenaline rush. Karima El Atallati-Lynch has already felt this intense emotion twice. And that’s what led her to the position she holds today: that of executive director of the Democratic Party in San Francisco.

Since last January, the young Frenchwoman has held positions that she thought were reserved for Americans or beyond her reach. “ I didn’t believe it, I had several interviews, the questions were intense and very varied: on the fact of registering voters, fundraising, marketing… “His atypical career gave him the answers.

Because in another life, just a few years ago, Karima El Atallati-Lynch was a product manager in a large company. ” I entered politics late and by chance », She confides. It all started in Taverny, in the Paris region where she grew up. It is a meeting that will be the trigger for this new career.

From marketing to culture

” I attended a meeting with Florence Portelli who was running for mayor. She found me engaged and offered to participate in her campaign. »From door-to-door flyers, Karima El Atallati is mobilizing for her city to appear on the list of the UMP candidate. ” I felt more socialist but I bought into her program and she gathered people from all walks of life around her. “

An experience that launches her. ” I loved She remembers. At 27, she clicked, she liked politics. ” I was actually politicized very young without realizing it; I saw a lot of injustice, and that revolted me. The victory in the election gives him the opportunity to act in an area close to his heart. The mayor appoints her deputy in charge of culture.

This first political experience was short-lived. Karima El Atallati decides to leave everything to join her now husband in California. ” We were in a long distance relationship and we had to make a choice. As he does not speak French and is a history teacher, I came here. ”

While waiting for her authorization to work in the bay, she finds herself again in an electoral campaign. That of Hillary Ronen for the mandate of “Supervisor“. Initially a volunteer, she became, in less than a month, the candidate’s assistant. The one who had to ” follow up speech therapy sessions and theater lessons ” to treat his dyslexia, perfect his English in the field. It is also on the job that she will understand the American system. Starting with the role of board of supervisors and those who compose it.

“ Kinds of deputy mayors who each present themselves alone and sometimes oppose the mayor. They are elected on their district: a limited territory within the city where they must reside. In San Francisco there are 11. They can put policies in place within this district but also within the city.. And there is a sponsor system where other supervisors will co-sponsor a proposal. It can therefore be voted on on a larger scale. And that’s the policy which then continues with the game of alliances of each other. “

For the Frenchwoman, it’s culture shock. ” It has nothing to do with politics in France, it’s night and day. The way we contact voters and talk to them is much more direct. The information collected is astounding, the sums of money involved, disproportionate. And the support system (endorsement) extended to associations, newspapers…. ”

Another difference, the strong notion of political family within the group. ” When you are part of it, each does everything to help the other succeed. In fact they trained me to be with them and for me to rise. They make sure that I have a strategic place to help them in turn. “

Confronted with this other reality, Karima El Atallati-Lynch learns every day. Its candidate, Hillary Ronen, ran in the Mission District. A district ” very interesting: historically Latin. “” But also with a Chinese community and a very “white” community “ due to gentrification. What appeals to her about her new mentor? His ideas far left on the local chessboard. ” At the national level I was touched by his desire to make education and the health system free for all. When you are French it seems obvious but here it is not even for all Democrats. ”

Across San Francisco, it is the measures intended to help the homeless that convince the Frenchwoman. ” She also wanted to increase the number of social housing. »An intention that speaks to someone who comes from a low-cost housing estate. Mostly “ in a city where the rents are so high that people are often forced out. “

This second campaign ended with a new success. And results “ to the hardest job of [s]for life », Within a union to defend workers in the hotel sector. ” Jlearned to communicate with different communities. It has helped me immensely for my current position to understand the immigration system and labor law. ”

After a mini burnout, Karima El Atallati-Lynch leaves the union. She nevertheless keeps one foot in politics, and gives of her time to be of service to this family. Who will return it to her, since they will recall her for the executive leadership of the party.

Since last January, she has invested body and soul in this work ” very versatile “. “ There is the whole administrative part which requires that I be surrounded by lawyers, treasurers etc. ” And the political part. ” Depending on the number of supporters in the city, representatives of the Democratic Party are elected (there are 33). I only work with the flesh – David Campos, my superior, who wears a progressive cap. We work in symbiosis, we know that we are allies and that at the political level we will support each other. Their political sensibility is closer to that of a Bernie Sanders than a Michael Bloomberg.

In San Francisco, it is therefore the progressives who hold the reins of the democratic ass. An example ? ” For the November 3 election, in California there is a proposal to which David was very attached and on which I supported him. It was Proposition 22 which exempts workers in the gig economy and in particular VTC drivers from having employee status. ” The former trade unionist would have liked to grant them more social rights. But Californians have decided otherwise. Uber, Lyft, DoorDash and others will continue to work with freelancers.

For the third time in a week Los Angeles reports more...

The Census Bureau looks for workers for the 2020 count