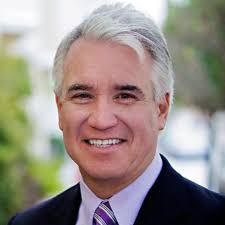 In the elections for district attorney of Los Angeles County on March 3, The opinion support George Gascón.

Who occupies this important position is responsible for bringing to court most of those accused of felonies and misdemeanors committed within the county. It is the largest local prosecutor in the United States.

Jackie Lacey has been in that position since 2012 and intends to be reelected. Its main challenger is George Gascón, who held the same position in San Francisco and was previously the San Francisco police chief and deputy chief of the city of Los Angeles.

The district needs a new leader to advance in important areas such as the prevention of deaths by police, the implementation of the legalization of marijuana and, especially, that prosecutors no longer ask for the death penalty.

Indeed, Gascón seeks to be a county prosecutor with a view to reducing incarceration and the number of minors tried as adults.

To win, Gascón bets on work done in San Francisco, where it managed to reduce imprisonment rates and crime.

Gascón opposes the death penalty as a principle and undertakes never to ask for it, while Lacey has determined the death sentence of 22 people.

Gascon believes that, although drug use is even among all economic classes and races, it is the poor and people of color who are criminalized and sent to up to 25 years in prison. He prefers to treat the drug problem as one of mental health.

Gascón was born in Cuba and came to the country at age 13, so he shares with the community the immigrant experience.

He plans to create a team of immigration attorneys at the county attorney’s office to educate existing lawyers about migrant communities.

Finally, he has committed himself to the protection of immigrants, citing a law that advanced and prohibits mentioning his undocumented character in the presence of the jury, to avoid arousing prejudices.

If neither of the two candidates with the highest number of votes gets more than 50% of the vote, they will go to a second round in the November 3 general election.

"Paris" comes to life thanks to Netflix

These French architects who made New York

Nor does migra prevent families from going out for their dead...