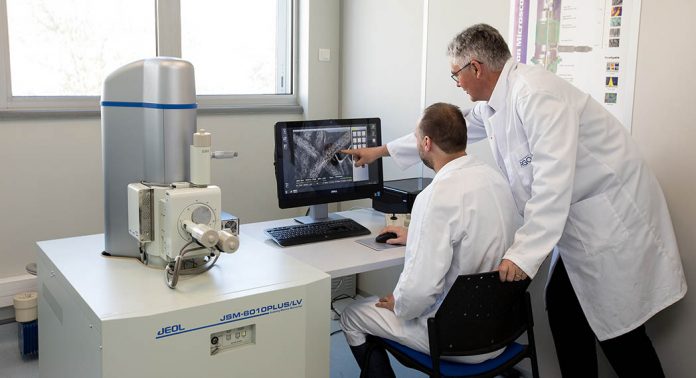 Urgo comes to heal the wounds of America. The French pharmaceutical group has just announced the acquisition of the Texas company SteadMed, with which it now forms the entity Urgo Medical North America. The goal: to become one of the leaders in the American wound healing market. " We became number 2 European in 18 years. In the United States, we aim for leadership in about 15 years "Says Urgo's president, Hervé Le Lous, who will later target the Canadian and Mexican markets.

The merger between the medical branch of the family group and the Texan company of 41 employees was negotiated in two months. " What is spectacularly fast in this area ", Testifies the leader, before emphasizing that the two companies were in adequacy" almost from the first hour of meeting ".

In addition to the Urgo range, SteadMed will continue to distribute its historical products, " essentially hospital wound disinfection products ", Details the president.

Already established in 22 countries, Urgo intends to impose in the United States, " the world's largest market for scarring ", According to Hervé Le Lous, with its product Urgostart, a dressing especially used to treat foot wounds caused by diabetes. 9.4% of the US population is diabetic, according to the Center for Disease Control and Prevention in the United States.

The publication of a study on Urgostart in the British scientific journal The Lancet in March 2018 gave the group the necessary impetus to cross the Atlantic. " To become an American when we have a French base, we needed a very solid asset, which was the publication of this study "He says.

On the spot, the first challenge: to comply with US regulations, " the European standard is recognized only for less sophisticated dressings ", Says Hervé Le Lous. " There will undoubtedly be additional studies to be done in the United States and an approval to obtain for this product Adds the Paris-based businessman.

The goal: to double the workforce and turnover of the United States branch, for the time of $ 20 million, within three years.

Do Barndominiums hold their value?

Is it safe to drink tap water in Providence RI?

What are the cons of living in Massachusetts?

Is Jacksonville worth visiting?