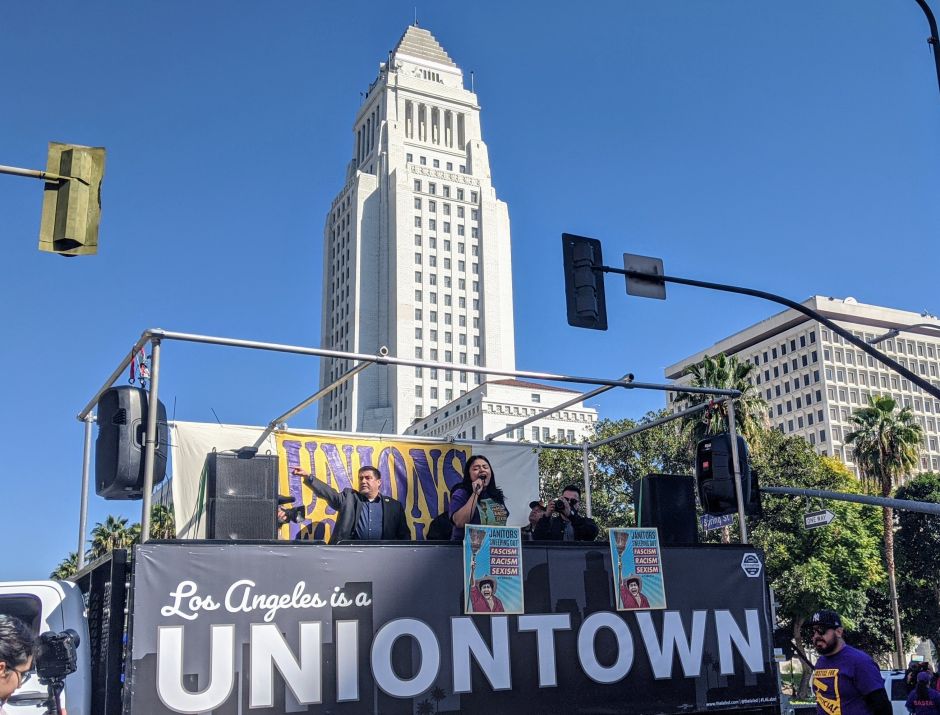 A few weeks after the employment contract for thousands of cleaning workers expires, hundreds of activists and union members met on Thursday to request that building owners and contractors adopt a “New Deal” for new workers. janitors

This new plan calls for unions for all cleaning workers, to have fair jobs, a decent retirement and a work area free of harassment, exploitation, fascism and abuse.

Martha Mejía, who has been a cleaning worker for more than 15 years, said they are looking for a fair agreement that supports her efforts and the work that many workers like her do with dignity.

“More than 90% of cleaning workers are women and we want our rights respected,” said the woman, who is part of the SEIU-USWW union.

Carmen Sánchez, another cleaning worker who has been in this industry for 9 years, said it's time to stop the harassment of immigrant employees and allow them to work safely and without worries.

Both Sánchez and Mejía said they had been victims of sexual harassment at work and therefore understand firsthand the importance that the New Deal could bring them, which can offer measures to prevent this type of harassment.

“We live situations that no person has to experience. We deserve respect as humans. We know people who are being abused at work and scare them with immigration, ”said Sanchez.

"Most contractors / owners use the power to mistreat the worker."

Activists said that if contractors and owners accept this deal they will be recognizing the importance of immigrant workers and their success, which is directly reflected in the cleanliness of their buildings and high occupancy rates.

David Huerta, president of the SEIU-USWW (United Service Workers West) union said Thursday was the first day of fighting for a fair contract.

"We have a bigger struggle for workers who contribute to the economy," he said.

"The best example is that they see that we clean their bathrooms, take care of their children … (Let it be recognized that) the immigrant today and always has a place in this country."

The SEIU-USWW union represents more than 20,000 cleaning workers and consists mainly of women. The current contract will expire on April 30, Huerta said.

In 2015, the documentary “Rape on the Night Shift” released by PBS demonstrated the dangers faced by women workers in California buildings.

It is common to hear that immigrants are threatened that they will be handed over to immigration agents.

Fortunately, workers have fought hand in hand with legislators to improve the industry.

In recent years they have passed the law to prevent wage theft and a rule that requires all custodians to receive training from a qualified member to prevent rape and sexual abuse. The law also requires all cleaning contractors to register with the state.

At the rally came the candidate for Los Angeles councilor Kevin de León, who in a strong and clear voice said that immigrants are already tired of being used as scapegoats and making them guilty of all the evils of the country.

“We are human beings that deserve dignity and respect. We are decent people, chambeadora people who left their country of origin, ”he said.

"Everyone arrived in this country, not to ask for alms but to work for a living wage, that has benefits, medical care, a pension for our retirement, our retirement."

The protest took place in front of several buildings in downtown Los Angeles, which hire union employees. Simultaneously other similar protests were held in Orange, San Jose, Oakland, Sacramento and San Diego as the ‘New’ contract would affect all workers in California.

Street workers, a sector of the industry that if it does...