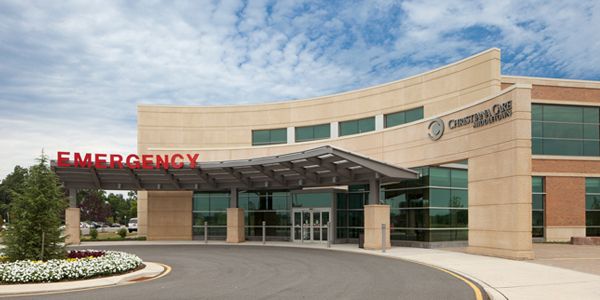 When the pandemic struck in Southern California, the city and county of Los Angeles managed to respond appropriately because they had emergency resources; in addition to available hospitals, medical personnel, and law enforcement agencies.

And although it is not always easy to link this aid capital with the Census, the truth is that the resources are there because this was determined based on the 2010 Census.

"We cannot fail to emphasize how truly important it is to respond to the census," official Patricia Ramos, the Census liaison between Los Angeles and the national count, told La Opinion.

"In addition to deciding on matters of daily life, such as transportation, schools, parks and libraries, we now see how this information allows authorities to plan the emergency response," he added.

In this ongoing count, from the 2020 Census, it is decided how resources will be distributed for a billion and a half dollars in the next 10 years. By being counted, people allow the authorities to know what the real needs of emergencies are, among others, in each community.

"We are going to plan how many hospitals and how many beds and where we are going to need all that, but based on the information of how many people live in each place," Ramos explained.

"If the rulers do not know how many people live in a place, there may really be a lack of services, because the information is not reliable," he explained.

In a press release, the national counting office reported that "as the nation fights against the spread of COVID-19, data from the Census Bureau is also used to assist in this effort."

He noted that "for example, statistics from the American Community Survey are helping to identify counties with large populations at risk, such as the elderly" during the fight against the pandemic that has impacted not only California but the entire country.

According to organizations such as Diálogo San Diego, in the last population count, in 2010 in southern California many minors stopped being counted, for various reasons.

By not being included, they reduced services that were for those minors who are now adolescents or young adults.

This time that and other organizations such as the National Association of Latino Elected Officials (NALEO) promote the participation of all people in the region and that the counts include everyone, young and old.

"Without a count that is as accurate, as accurate as possible, the rulers would not know that there are more children in a population and therefore they would allocate less resources to the child population than they really need," Ramos said.

The Census Bureau explains that "in the broad landscape of disaster mitigation, preparedness, response, and recovery, data from the United States Census Bureau can be immensely valuable."

While local governments decide how to use the resources, the census count allows such aid to be present.

The information that each household provides to the Census Bureau in the count is confidential and serves merely for the planning and distribution of resources, both for basic services and for emergency response.

When the population count ends in August, the Census Bureau applies other questionnaires, for example to businesses in each location, to determine development needs.

Ramos reported that the work of his office is constant with various questionnaires, although the best known is that of population.

In a few days, from April 19 to 25, it will be the National Volunteer Week, another of the counts that the Census Office carries out throughout the year.

In the last count of this type, it was found that 77.4 million volunteers – from those who offer one hour of their time to those who do it permanently – worked 6,900 hours combined.

If that time had been paid, it would be equivalent to about $ 167 billion.

This type of information is possible because the Census Bureau works throughout the year in search of data, figures and statistics.

California has 7.8 million volunteers, many of them active in this pandemic, who together contribute 688 million hours a year, with an estimated value of $ 16.6 billion. However, the Golden State is still far from standing out as a volunteer as it ranks number 47 among the 50 states.

Californians' first activities to volunteer have to do with fundraising, food distribution, and mentoring.

This is America, episode 11: the “cabinet” Biden, a diversity in...

MTA drivers say their health is at risk