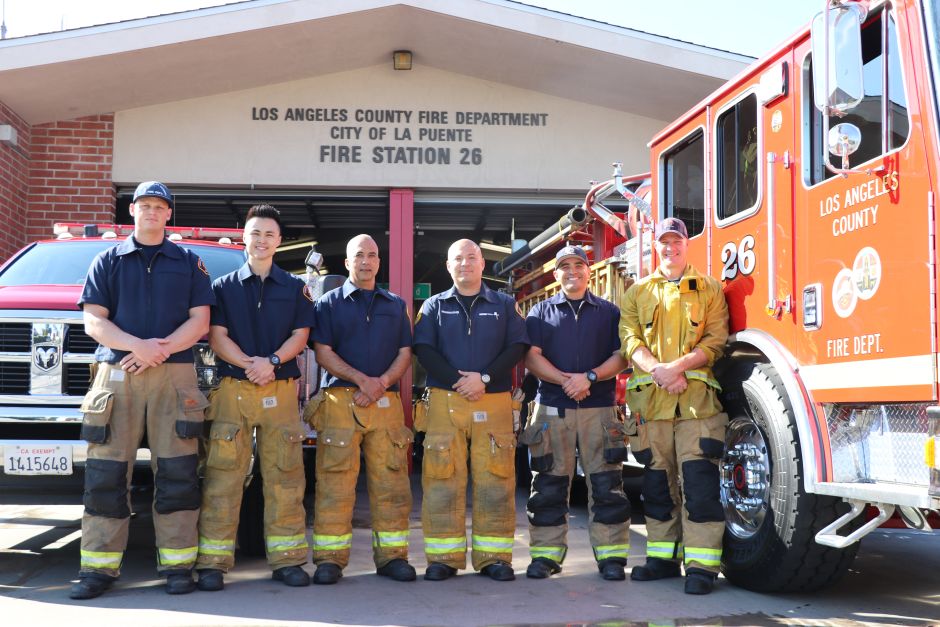 Obsolete communications systems affect the effectiveness of the 'fire extinguishers' that daily attend and save the lives of residents.

As unheard of as it may seem in the 21st century, workers at the fire station 26 in the city of La Puente look for emergency addresses on plastic-layered maps. Your old computers do not have a Global Positioning System or GPS installed.

As if that were not enough, the computer-assisted dispatch system used to respond to an emergency is really obsolete.

"This computer system was already installed for many years," says firefighter José Marroquín. “Sometimes the signal is lost; it has to be renewed, but we don't have the money to update it. ”

When Marroquin's superior, Captain Michael Reyes was a paramedic, his reports had to be done by hand.

Now, Reyes uses a machine to record his patients. The problem is that you can only make one report at a time. The device software does not give you the option to write two or three reports at the same time.

"If we are going to help a patient, there is no problem," Reyes said. “But when they are older, I can only open one screen at a time; many times we make the report in a notebook ”.

Reyes said working in these circumstances is frustrating, but he knows there are fire departments that have more sophisticated equipment and can do their job better.

"They have no connection problems with the internet signal, because there are areas where you lose communication," he said. "And in this work, a second you are late can mean a life."

In the computer age, firefighters are lagging behind.

"We urgently need new, faster software to be able to navigate effectively on the network," said Reyes.

At La Puente station, Reyes is in charge of six firefighters and paramedics: José Marroquín, Jonathan Lu, Taylor Child, Jonathan Ramírez and Steve Yoder. In total, there are 18 firefighters assigned: six for each shift.

"We are fortunate to have two paramedics," he said. They are Lu and Marroquin.

By tradition, paramedics such as Lu and Marroquin are the first to arrive at the scene of an emergency when someone calls 911.

They are authorized by the state and can administer various medical treatments, such as Cardiopulmonary Resuscitation (CPR), first aid and intubations. His quick decisions and his care are often the difference between life and death.

“This is something that I always wanted to do,” said Marroquin. "When I watched the trucks go by and listened to the siren, I told my mother that, when I grew up, I wanted to be a fireman to save lives."

“I remember that, in 2013, in one day we went to three emergencies; we had to apply CPR three times, we managed to recover people's pulse and we could take them to the hospital, ”said Reyes. "I remember an infant who couldn't breathe, I carried him in my arms and a paramedic revived him and regained his pulse."

In that instant tears appear in this man.

"I felt good that time … I have my children and I felt proud of what I did," he said.

The morning of Saturday, January 25, seemed to be "quiet" until the emergency call rang at fire station 26, located at 15336 E. Elliot Ave, in the city of La Puente, California.

A mother was beaten by her bipolar son and drug addict, and a family with a child of approximately three years miraculously saved her life when a reckless driver crossed a red light and caused a tremendous vehicular collision.

"Are you coming with us?" Captain Reyes asked the reporter.

"Of course. That's what I came for. I want to see how they do their job and under what conditions they do it, ”was the answer.

It was almost 11 a.m. The siren of the truck is on. The firefighter Jonathan Ramírez goes behind the wheel, heads towards Hacienda Boulevard and turns left. Captain Reyes occupies the right front seat; Behind him, a newly graduated firefighter, Taylor Child.

Incredible as it may seem, in a section less than two miles away from the station, numerous drivers do not know what to do when passing the fire truck.

Some stop suddenly; others are left on the left. It is clear that many have forgotten the driving rules.

The truck dangerously crosses the front of several cars at the corner of Hacienda Boulevard and Amar Road. It was urgent to arrive at a humble home where your help was required.

They stop. County Sheriffs have an individual arrested on the street. This is the young bipolar who had injured his mother. But the victim was not there.

Meters ahead, sitting on a bed, a Hispanic woman was crying. He complained of pain. Her son had hit her. The reason? I wanted drugs.

His older brother, an individual suffering from schizophrenia – also a drug addict – declares the reporter. "He got angry because I didn't want to give him" crack. "

The lawsuit between children for drugs caused the anger of one of them. And the mother suffered the consequences.

“He had never hit me,” said the woman. She complained of pain in her right arm. Paramedics who arrived at the site did not intervene. Only the fireman Taylor Child: who took her pulse and found that she was fine. The woman declined to be transported to a hospital.

The truck was heading back to the station. However, he had to make one more stop.

At the southern intersection of Larke Ellen and Francisquito avenues, a spectacular crash happened. The first investigations pointed to a woman of Asian origin driving at high speed and the red light was crossed.

The impact between the RAV4 truck and a black BMW was so strong that the small car was embedded between a lamppost and a concrete wall. In both cars the airbags were activated and saved the lives of everyone involved in the accident.

Sitting on the sidewalk, a Hispanic couple told Captain Michael Reyes and the firemen that they were fine. The nervousness in them was evident. His little son cried inconsolably. I was terrified.

Fireman Taylor Child was chatting with the boy. He offered colored stickers. I was looking to comfort him. He took him by the arm and climbed him into the fire truck and briefly explained the instruments inside.

Taylor is 29 years old and single. He has no children yet, but with that child he proceeded as a father. Or as a psychologist.

"I needed to make sure he was fine," he said later at the station. “We can also feel their pain. We are humans".

Is help coming on the way?

With the backing of the Board of Supervisors, the Los Angeles County Fire Department (LACFD) has proposed the FD measure that will be on the March 3 ballot. This is a 6 cent tax on parcels per square foot that could generate 134 million dollars a year to improve the work tools of the first responders and the equipment they use to meet the current demands in emergencies and fires.

The FD Measure will require the approval of 2/3 of the local voters and exempts the elderly with limited income.

Thousands of people march to end intoxicated and distracted drivers