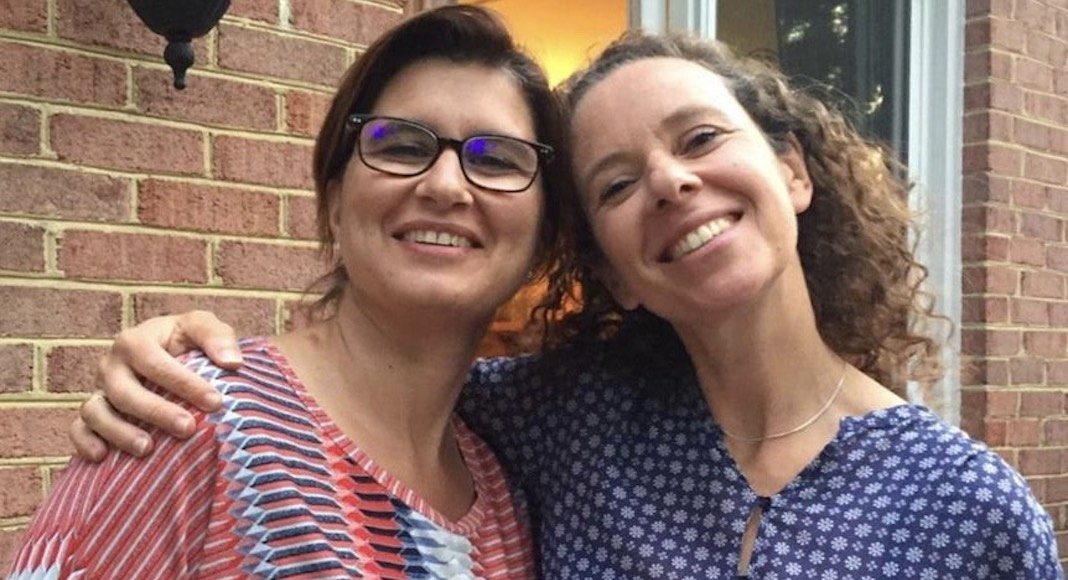 Armed with their pencils, a camera and their humor, Emmanuelle Pigueller and Laurence Quervel created their first souvenir book “Washington Seen From Here“, A nice guide for families coming to emigrate to the Washington DC area.

“The idea started from the desire to create an album for our children and our husbands because when we return to France, we quickly forget all the things that surprised us”, explains Emmanuelle Pigueller. “I knew I was only staying 3 years so we wanted to document our experience”. Laurence Quervel agrees with her friend and collaborator. “We were surprised at first when we discovered the United States but after a year or two, we get used to the differences”, She emphasizes.

After meeting during a “coffee”Of parents organized by the French school Rochambeau, the two mothers of families sympathize, until they want to collaborate to produce a book. They begin to roam the streets of Bethesda, a suburban town favored by expatriates, to then document the symbols of the city of Washington DC, between Congress and the Lincoln Memorial. After touring the city, they both have their preferences. For Emmanuelle, “Georgetown is my favorite neighborhood”, a place history of the city, while Laurence prefers “the Warf ”, more new and trendy.

In their book, they showcase cult places, but also give practical advice such as “How to drive in the USA?”. The guide is loaded with notes of humor, as with the chapter “Here, we do not joke with…” the sport!

While Emmanuelle Pigueller finished his expatriation to settle in Lausanne, Laurence Quervel still thinks of staying in the region for a year or more. “The goal was not to compare with France, it was impressions and feelings”, concludes Laurence.

Two people die in a suicide agreed in Van Nuys

YMCA to offer free meals to those most in need during...