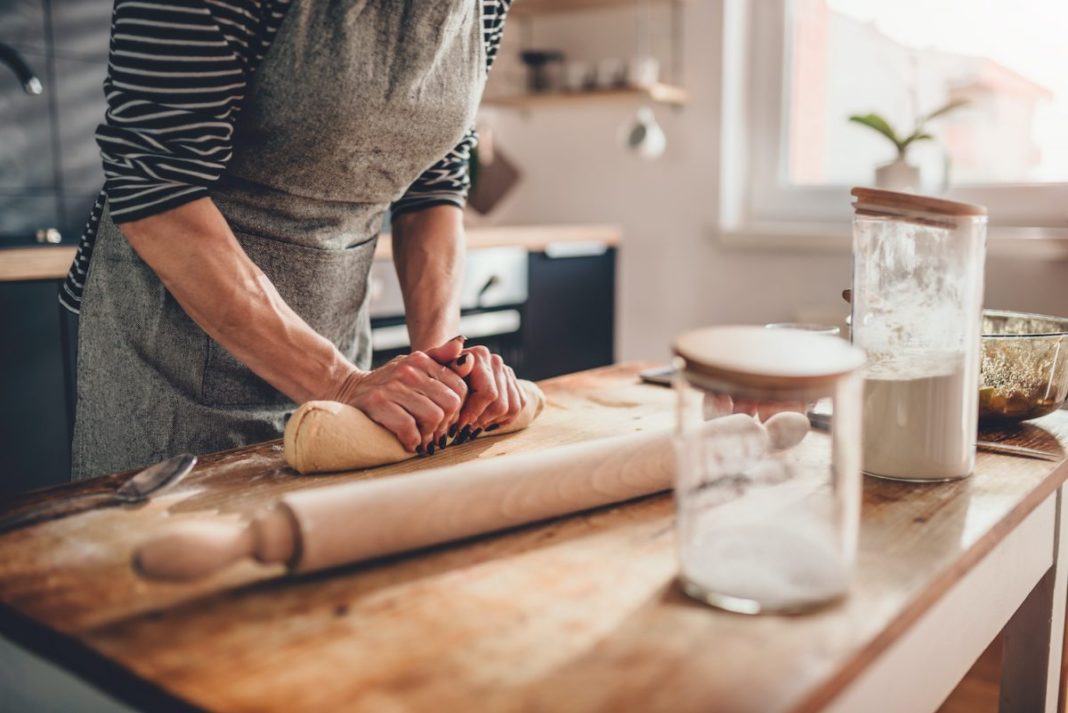 The confinement will have been conducive to cooking, allowing many French people to spend more time in the kitchen. In the United States, some have even taken the opportunity to make it a full-time activity. But there are many who did not wait for the COVID-19 epidemic to tackle the art of cooking; for them, it is the expatriation project itself that gave birth to this new vocation. Meeting with three self-taught pastry chefs who have set up their own business with no previous experience. For the love of good food, they opened theirs to Americans.

Isabelle Driel emigrated solo in 2008 and made her dream come true: to settle in the United States. Professor of history and geography in France, she landed a position in Houston, in an international private school. ” I taught there for ten years, before stopping my career to follow my American husband, archaeologist and park ranger, to the Mexican border. It is in Comstock that his new entrepreneurial adventure begins. ” As long as I lived in Houston, I had access to French bakeries. More really by settling in a Texan village of 450 inhabitants far from the big cities. So I decided to make my own products. I had no pastry experience, although I always loved cakes and sweets. »With a lot of books and online courses, Isabelle has mastered the macaroon recipe in four months. ” This French luxury product allows me to differentiate myself in the local Hispanic market. Now that I have constant quality production, I innovate with original perfumes. Isabelle Driel does not have a commercial kitchen; everything is – literally – homemade. ” The Texas Cottage Food Law allows me to do this as long as I do not sell products that require refrigeration, such as custard – éclairs, nuns and millefeuilles therefore cannot be part of my production. The French Girl Bakery sells directly to consumers: online on its website or Facebook page, in markets and during pop-up events. Each month, a new box of twelve macaroons is available: the Thanksgiving one mixed with rum truffle, banana & milk jam, cinnamon bun, white chocolate raspberry and pumpkin cheesecake; the Christmas one offers flavors of buttercream, gingerbread, red velvet, salted caramel, barley sugar and dark chocolate with caramel.

After four years of going back and forth between France and the United States, Marlyne Mintori finally joined her husband in Chicago in 2014. On an H4 visa, the former paralegal was not authorized to work; and his couple decides to start a family. “ After my three pregnancies, I was finally ready to return to the labor market, but the price of nurseries was still too high: so I decided to stay at home. “, remember-she. Marlyne Mintori does not know it yet, but the beginnings of her project are born at this time: ” JI regularly made cannelés for my friends, in memory of Paris, where I had tasted it at Fauchon. Their Bordeaux cakes are really the best », She insists. The success she meets in her close circle makes her want to go further: at the start of 2020, she imagines Oui Love Cannelés, a cannelé delivery service across the country. She then files the name of her company and obtains her diplomas as a food safety manager (Food Safety Manager) and Food Services Manager (Food Service Manager). All he needs to do now is find a commercial kitchen: “ This is the rule in Illinois. My projects were obviously delayed with the coronavirus, but after an agreement in principle and a few months of waiting, I was able to start my production in September. »Classic (rum and vanilla), lemon, matcha, pecan nuts or salted butter caramel: Marlyne Mintori offers many flavors, and is even trying coconut right now. For Christmas, she imagined an apple, cinnamon and pecan version. She notes that ” cannelé, which is all the rage in Asian countries, is not so well known in the United States, although it is changing. I hope to impose myself as a reference. »His ambition? ” Open a tea room. The cannelé would be king there, but I would also sell financiers, macaroons, and banana fritters there in homage to my Congolese heritage. ” Cannelé orders can be placed on the company’s Etsy page.

In 1997, Voahangy Rasetarinera followed her husband (in postdoctoral training) and left Bordeaux for Florida. Once settled in Tallahassee, she worked part-time in the administrative team at Florida State University and as a sales assistant in a ready-to-wear store. In 2000, the couple moved to San José, California. “ My husband had an H1B visa which did not allow me to work. We started a family and I took care of my daughter », She explains. Five years later, Voahangy Rasetarinera obtains his green card and assists the manager of an IT company until 2017. “ When I resigned, I took the time to write. My children asked me a lot to share family recipes with them, to which I dedicated a blog. “It is while cooking that his next idea is born:” I found my blueberry pie so good I was sure I could sell it She jokes. ” But II didn’t want to sell in order to sell; it didn’t look like me. I was inspired by the concept of TOMS – the company behind “One-for-one”, which for every pair of shoes purchased gives a pair to a child in need. She then created The Giving Pies and pledged to donate part of her profits to the inclusive E-sports program, for which her son and daughter train children with special educational needs. She sells her first pies at the Stanford Farmers Market, and hits her sales goal in the first year, which allows them to donate $ 5,000 to the association she has chosen. In 2019, its turnover reached the maximum ceiling set by the California Homemade Food Act (The California Homemade Act Food) which authorized her to produce from home. A commercial kitchen is now needed, and Voahangy Rasetarinera imagines The Giving Pies Café. ” The pandemic has slowed things down, but the project will succeed. The cafe is located in the Willow Glen neighborhood, and I hope to be able to preview it Christmas week. “In the long term, she wishes to hire young adults with special needs there. The pastry chef remains optimistic, even though COVID-19 has had a major impact on her – she estimates that she has lost about a third of her turnover. “ Ihad two types of customers: large companies (Facebook, LinkedIn, Apple) who ordered for Thanksgiving and Pi Day, for example; and individuals. The first group stopped calling me, but individual orders increased. »His pies, less sweet than their American counterparts, French with a touch of frangipane, are very popular with locals. They come in many flavors, including the essential apple and almond, banana and chocolate, lemon, and pecan.

How to help Beirut from the United States?