Home News & Politics At the Capitole, a scent of the French revolution 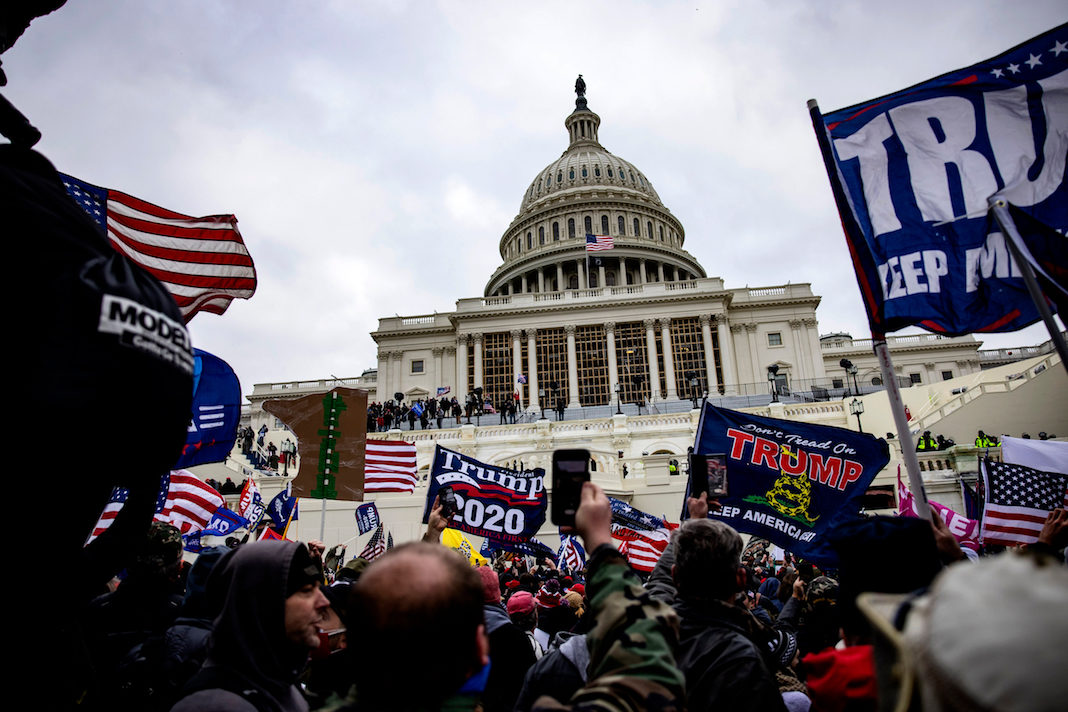 Republican Senator Ben Sasse may say in hollow that the Americans do not make the revolution like the French, this is not the feeling we had outside the Capitol on Wednesday January 6. In the compact crowd, gathered around the building, all that was missing was the guillotine to be back in the mood for the France of 1789. “Put Obama’s head on a peak!“,“Give us Nancy Pelosi (the leader of the Democratic majority in the House of Representatives, ndr)“, Could we hear that day.

It is one of the few images that will remain of this day engraved in history textbooks. The last time there was an invasion of the Congress building, the heart of American democracy, was in 1814 by the British military. Several hundred supporters of Donald Trump had decided, last Wednesday, to postpone this to contest the results of the presidential election. On the spot, some spoke of entering the enclosure of the building in the morning, listening to Donald Trump speak during a rally organized near the White House.

At the start of the afternoon, the crowd begins to move towards the Capitol. On the way, a team of journalists, a woman and her cameraman, is taken to task. When we arrive there, around 1 p.m. local time, there are already hundreds if not thousands of people in front of the building, near bleachers set up for the investiture ceremony of Joe Biden. Inside, the results certification session began under the aegis of Vice President Mike Pence. “This is our last chance!”Shouts a young man into a megaphone, while another invites the growing crowd to cross a low wall to approach the Capitol. A gesture that would bring the demonstrators to the foot of the building. We know that the situation can become unstable. What if they try to enter? Are they armed? Many pass the short wall, including a group of South Koreans, singing “We love Trump”And carrying a flag of their country.

The police are there to welcome them. The first shots of tear gas canisters cause some to retreat, but a man shouts “hold the line“, As if he was on a battlefield. Moreover, some participants are in military attire, with camouflage jackets, helmets and what looks like bulletproof vests. All around, the American and Confederate flags mingle with the “Trump 2020” banners and other symbols of the “Trump nation”.

After a few minutes, the demonstrators gained ground in the face of overwhelmed law enforcement agencies. Gradually, the rioters, moved by the desire to break or simply carried away by the crowd, take possession of the steps of the investiture as well as the platform opposite, where the cameras that will film the swearing in on the 20th January. “Trump 2020” flags are waved and displayed, including on the building, as if to mark the territory. One has the impression of an army having conquered a fort or of revolutionaries entering Versailles. Below, an audience of peaceful protesters watches the spectacle with some amusement. The only thing that bothers them is the police response, deemed violent and unjustified: they are there to protect democracy, not to overthrow it.

The internet connection is so bad that it is hard to know that at the same time other rioters managed to enter the building on the other side. After an hour, however, rumors spread of a protester seriously injured in the chest by a police officer – she would be pronounced dead a few hours later in hospital. After several hours of chaos, the police regained control of the situation. At Union Station, where several pro-Trump protesters wait for their train and keep warm, protestor Bill Reinbacher had a great day. “We showed the president and the country that we were behind him“. At what price ?

"Thanks to God", a shock film by François Ozon in Harlem

Doctors show sensitivity but don't give in

This is America, episode 2: the unfinished struggles of African Americans