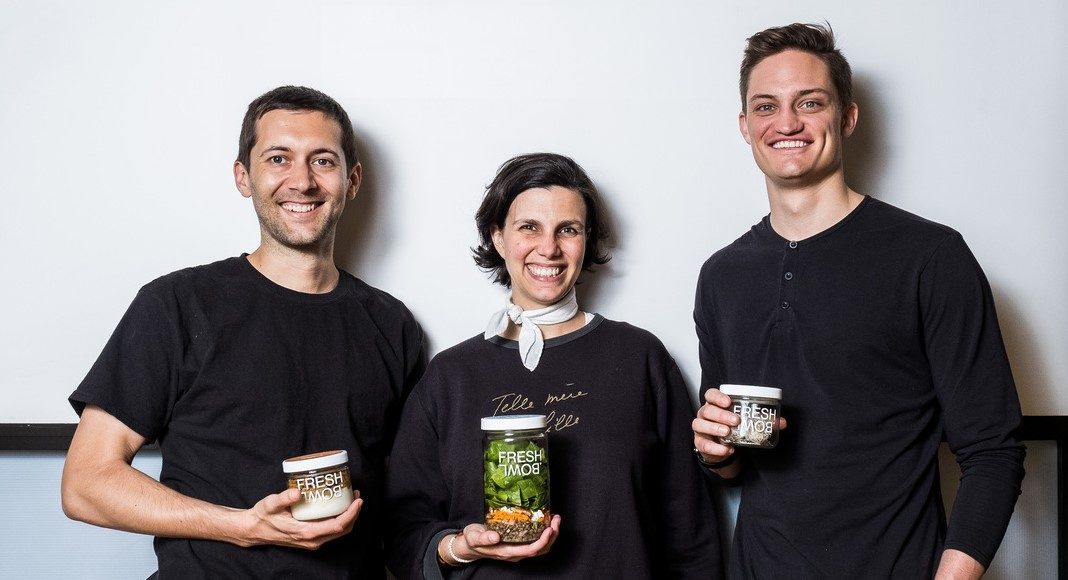 How to offer fresh and convenient cooking to a large number of people, while keeping costs down and using recyclable packaging? Chloe Vichot racked her brains and found a solution she named Fresh Bowl. The idea: sell food in glass jars via vending machines located in several locations in New York. The first have just been installed at JP Morgan Mid-Town, Fulton Street Tube Station and a marketing company.

The idea may surprise, but the entrepreneur does not start at random. In 2016, she opened her restaurant "Ancolie" in the West Village, which already served dishes in jars. The costs generated by the restaurant being too important, Chloé Vichot decided to close it and devote herself to the installation of its distributors, always in the spirit of limiting waste. This former employee in finance tells: " After 10 years in an office dining in plastic wrappers and throwing them away every day, I've had enough. I traveled to France and discovered this concept of jars, I thought it was great and very nice for salads. "

In its distributors, everything is reusable and recyclable. Glass jars, bottles for beverages, cans, cutlery and paper in which sandwiches are sold. Special feature of these vending machines, it is possible and even strongly recommended to bring the jars once used, no matter where it was purchased. To encourage customers to do so, $ 2 is offered on the next purchase with each jar delivered.

"What I learned for 3 years (at the restaurant Ancolie) is to communicate with customers on the sustainable side"admits the French restaurateur, who has teamed up with Paul Christophe and Zach Lawless. They were not always receptive to this message and Chloé Vichot explains it by the specificities of the American culture and more particularly New-York: "I think Americans have a culture of practice that goes beyond anything imaginable in Europe. If they need to eat or drink coffee, they will do it by walking to save time, " which is obviously neither advised nor practical with glass jars … The founder of Fresh Bowl had to readjust her words: "I said it was super healthy, fresh and made with local ingredients, they were more receptive to this talk"she assures.

The Frenchwoman, who is expecting a happy event, feels today carried by the various initiatives for the protection of the environment. " People realize that every individual action has an impact ", rejoices Chloé Vichot, who is convinced of the development potential of Fresh Bowl, "Our goal would be to have about a hundred machines by the end of 2020, initially in New York because we estimate that we can put up to 300 in the city. "

The winds of Santa Ana return to the Los Angeles area

They return to classes at Saugus High School where shooting was...