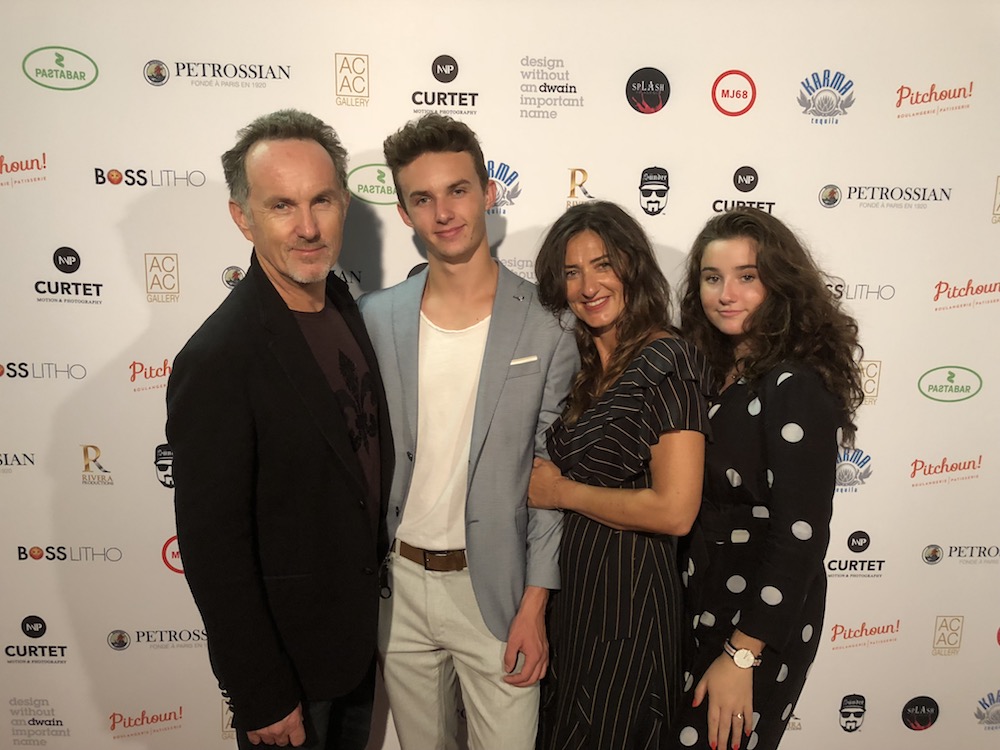 While deconfinement has started in France, and in certain American states, the borders remain largely closed for the time being and until further notice. Many French families living in the United States are therefore separated. And find the time long.

This is the case of Marlyne Curtet Planche, who has lived with her husband and two children in Los Angeles for 4 years. Her film producer husband was in Spain for work when Donald Trump announced the “Travel ban”. Since then, he has been stuck on the other side of the Atlantic, unable to join his family. “It’s frustrating, said Marlyne Curtet Planche. We live here, we bought a house, my husband produces films here and participates in the American economy and yet we are not considered ”. Entry into the United States is prohibited for anyone who has stayed in Europe in the previous 14 days, except for American citizens, American holders and a few other exceptions (spouses or parents, etc.).

Besides the travel ban, the administration has also suspended, since April 24, the issuance of new green cards. “While the first decree had a health objective, we note that the second is more of a political nature” explains Shawn Quinn, a lawyer registered with the bars of New York and Hauts de Seine. This decision, combined with the closure of American consulates abroad, makes it impossible for new immigrants to enter the country.

Living in Houston for four years, Perla Delain was waiting for her green card. Her son Tom, 19, was to join her in April on his B2 student visa in order to continue his studies. But he is no longer authorized to enter the territory. “What worries me is that with my current salary I can no longer help my son with his bills and expenses. He is alone in Lieusaint, near Paris, without work, without the right to touch unemployment and it is very hard for him ”. After contacting his lawyer, the latter advised him to “Maintain the visa process and be patient. If it does not work, you could try a request for family reunification ”. With a green card procedure in progress, Perla Delain will be one of the priority people, when the administrations reopen, to have their file processed quickly.

Like her, Marlyne Curtet Planche and her husband had been in the proceedings for a year and a half. They already have their I-140 “Immigrant Petition for Alien Worker” and were just waiting for their appointment at the embassy. For almost two months, Patrick Curtet has been stuck in France waiting to be able to return home. With her O3 visa, she is not authorized to work in the USA, so only her husband, on O1 visa, is able to provide for the family. But from France, it is very complicated for him to maintain his professional activity. “That’s why we were impatiently waiting for our green card, so that I could work. Today we have the loan of our house on our back that we can no longer pay and we no longer know how to do it ” she continues. Finding yourself in a precarious situation overnight has become common for many French families living in the United States. “We have many French friends here in Los Angeles who find themselves in a dire situation. It is very hard not to have if we have to turn to France or to the USA. We are not considered by either of them ”.

Arm yourself with patience, this will be necessary for Bérengère Demailly and David Craven. As a couple for a year and a half, the French and the American are today separated by almost 10,000 kms. “I went to California for three years and met David. In June 2019, my contract ended and I had to return to France ”. The couple managed to see each other for several months, alternating back and forth between Lille and Ramona. Last December, David Craven leaves his job and his apartment, to join his partner at home, with a long-term visitor visa. But at the beginning of March, he must go back home for a few weeks thinking of returning at the end of the month, but in the meantime the epidemic is affecting the United States and the “travel ban” is in place. “His visa allows him to return to France, but his family and children are in California. With this context of pandemic, it is more reasonable that he stays with them ” explains Bérengère Demailly.

Limiting all risks of infection by Covid-19 is also what Patricia Rohard wants. Four years ago, the Frenchwoman retired and sold her house in Gironde in order to fly to Houston where her daughter already made her living. On March 12, she went to France to visit her son who stayed there. “I intended to apply for dual nationality in February 2021, in order to initiate a green card procedure for my son who wishes to join us in Houston”. But when she was due to leave for the USA on April 28, she prefers to stay with her son and wait for the situation to calm down. Patricia Rohard’s daughter, who has been infected with the virus for several weeks, has moved in with her mother so as not to contaminate her daughter and her husband. “She is a stewardess and despite the protections she had, she was infected during one of her flights. That’s why I don’t want to take any risks ”. Confined to her son in Deux-Sèvres, she waits to be able to find her daughter. “I don’t like knowing myself so far from my daughter, especially since she is sick. Having her two children so far away is very difficult. This is why we hope that my son can join us very quickly ”.

For these families, the separation is all the more brutal as it brings them back to their immigrant, uprooted condition. “When we decided to come here, it was our choice. We struggled and we did everything to make it possible, and all this so that now we are cut the grass under the foot ” fulminates Marlyne Curtet Plate.

[Replay] America “for dummies”: all you need to know for a successful installation

[Replay] Do you speak american? Learn the language to advance in your career and flourish in your personal life

Why are the French seen as sex animals in the US?

An environmental gala with Jean-Michel Cousteau and chef Raoni in New...

Aid to SMEs: how to benefit from the giant aid plan...