Home American Life My children are educated at the American school. And all is fine. 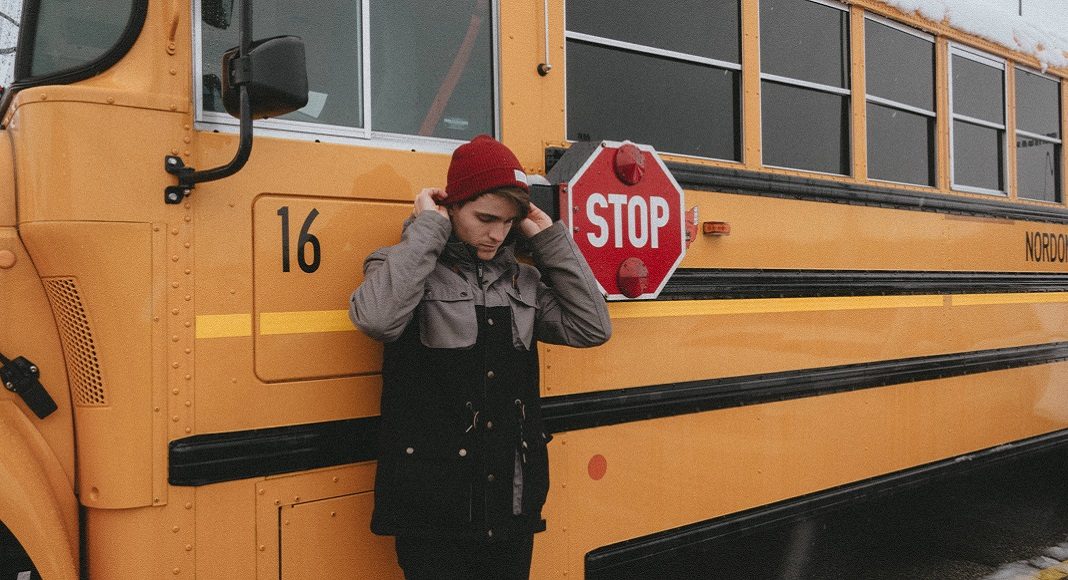 The day Sandrine Perrin saw her son get on the yellow bus to Tomkins High School, a high school in the suburbs of Houston, Texas, it was soon after moving from New Jersey. For several years, Baptiste was educated at the Franco-American school of Princeton. Like many French families, Sandrine Perrin and her husband decided to try the American school and the public system.

From the first days of "High school", the high school student and his parents adopted the American system. Integrated, the young teenager even discovered a passion for baseball and joined the school team. "He leaves at 6:45 in the morning and finishes the classes at 15h, but he has 2h30 of training a day", rejoices Sandrine Perrin.

US public schools have their own codes

Teams of sport, ball of end of year, yellow bus … The clichés on the American public school are not counted any more. Yet, the American education system has its own codes, which are sometimes difficult for parents to decipher. "We mistakenly think that we know the United States, but in reality it is very different and we are lost when we arrive. Dedto cover another system is not an easy task ", says Yasmine Garreau, who has enrolled her children in a public American school in North Carolina for several years. "One day, my daughter enrolled to do the Preparatory Scholastic Assessment Test (PSAT). I did not know at all what it was, says Yasmine Garreau, an expat in North Carolina before moving to Washington DC.

The mother of four has recently posted "My yellow bus". Result of long research, this website wants to decipher the school differences between France and the United States. "I want to share with other families the experience I gained by gathering all the information on one site"says the lawyer now based in the US capital.

"Children are always pulled up and always have a second test to go up their average", says Sandrine Perrin, who claims to have been "Impressed" by the level of certain classes. "They have quizzes very regularly"says Baptiste's mother, who is delighted to know that his son is prepared for exams that he will have to pass in the future. She also appreciates relationships between parents and teachers. "They are very affordable and respond very quickly. I receive e-mails from the math teacher every week. Parents are very integrated in the curriculum ".

"American schools have completely integrated technology, adds Yasmine Garreau. American high schools all have television screens and they watch the news. There are even student journalists who tell the news of the week ". According to her, American public schools develop a strong sense of belonging. "There is a sense of pride to belong to a school, with the mascots, etc … While in France, we do not care. There is a strong sense of belonging and loyalty "she adds.

In his new book, Super Kids! (Ed. Les Arenes), the journalist Véronique Dupont, who educated her two daughters in an American kindergarten in New York and then at the Lycée International de Los Angeles (LILA), highlights the benefits of American-style education, often caricatured according to her. His hope: that France is inspired by the many good practices developed in the country of Uncle Sam in this area. "In the United States, we celebrate the child. The welcome is more benevolent. The relationship with teachers is much more egalitarian and discipline, soft "she slips. The book is strewn with recommendations for French parents and teachers, "make them laugh as often as possible, so that they are concentrated " adopting a more positive tone in the classroom – "tu ", "use the error as a learning tool "…

"I discovered a good school level and a mentality completely different from that of France. My second daughter started the music and I was surprised at the level she got in a very short time. "adds Isabelle Guglielmi, who has been living in San Francisco for several years before moving to Kansas with her children. Classes of music, political clubs, humanitarian actions, groups of languages ​​… The public school in which its children are schooling proposes activities every week. "I think that education is more rigorous in France, but the American school is much better at the level of personal development. Students can flourish according to their aspirations ", she continues. In American high schools, classes are shorter and some afternoons are devoted entirely to extra-curricular activities.

Important differences with the French system

It is not only for children that the school experience is different. Parents too have a culture shock. "The difference between the two systems in terms of parental involvement is enormous. In France, parents are absent from school. They are welcome when asked. In the United States, they are involved in fundraising for the school, participate in school events and all kinds of activities. They put a lot of energy and heart. They bend over backwards for school when it seems that parents intrude when they enter France", Says Véronique Dupont.

In the United States, she recalls that parents are asked to give their time to school projects, even in the public system. "It took me a while to get started, especially since we already paid tuition fees. We wondered why we had to give our time on top of that. But even parents with three children and full time jobs did it. In the end, this tightens the links".

Sometimes the cultural differences between France and the United States make French parents smile. Based near Seattle, Laurent Bourscheidt recalls visiting a public American school to educate his daughter. "Her main teacher supported the Sounders football team. His whole office was decorated with jerseys from the team "Amuse the architect. In Texas, Sandrine Perrin saw her son come home from school with bags of candy in his pockets. "His teacher gave him treats when he worked well"she scoffs.

Expatriate in San Francisco, Aude Phay-Van regrets that the public school of her daughters does not organize school trips. "I also find that the Americans do not study enough programs like History. There is clearly a lack of general knowledge outside the United States "says the mother, who is educating her two daughters in a public school.

Despite the differences, French families do not regret their choice. "If it was again, I would do the same," concludes Sandrine Perrin, who is now preparing to enroll her son in an American university.

Vape District in Los Angeles is a gateway to the black...

The 2020 Census questionnaire has ‘nothing to do with migraine’