Home American Life With the approach of deconfinement, “I’m afraid that New York will become... 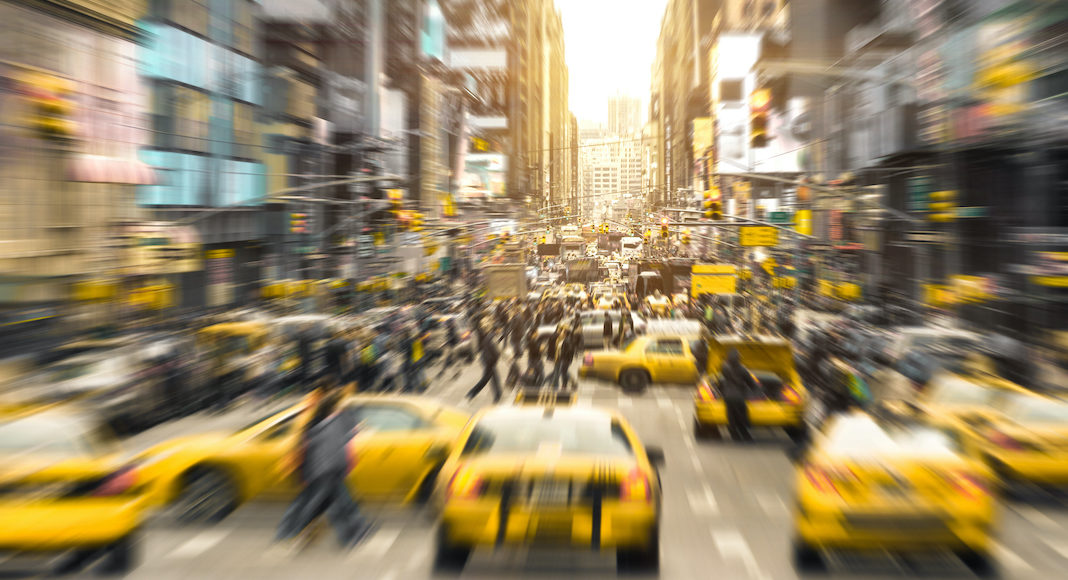 Empty avenues, closed shops, noise pollution and road traffic minimized. New York, the city that never sleeps, has been dozing since March 16 and the start of confinement linked to the Covid-19 epidemic. In the French community, some appreciate this new rhythm of life and hope for a collective awareness after the deconfinement.

One key word: slow down

“Cycling down a deserted Fifth Avenue is fun. I am not looking forward to the pandemic at all, but I must admit that I like the slower side of the city ”. Pascal *, 32, works in sales in Manhattan. A great cyclist, he has always traveled by bike to work. Since the start of confinement, he has been working from home in the Kips Bay area, but continues to pedal daily through the city. “There is obviously much less car, but also much less noise and insecurity. Just last year, I was knocked down twice by taxis ”. Like Pascal, Mélissa Dorange is a fan of cycling. The 34-year-old French woman worked in the hotel industry before being dismissed two months ago. “I got on my bike because it seemed to be the best way to get around within safe distances”, she explains. “I discovered a city with a completely different flavor. We smell less the pollution and more that of the sea. We see better the architecture of the buildings since we have less need to focus on the road. I did not think there were so many bike paths elsewhere. New York by bike is happiness ”.

Cyrille Guyot is an executive in a cosmetics company located in Manhattan. Since the start of the epidemic, he has worked from his house at BedStuy, which he transformed four years ago into a real urban farm. “I grow my fruits and vegetables in my garden and indoors, with the principle of permaculture. I was already in a logic of slowing down and better living before the epidemic ”, he says. Until now, the forties visited his office two or three times a week. “Now I do everything from home, and in a pleasant setting. I think we are very much aware that we no longer have to go to work in Manhattan ”. Same story with Pascal, who discovered the unsuspected virtues of working at home. “I watch the trees grow out of the window, resume their leaves. I have been in New York for five years and it is the first time that I have seen spring come. I have the impression that the city is finally set on a rhythm that respects natural cycles ”.

Elsa Lagache, a friend of Mélissa’s, lives in East Village with her husband and a roommate. Vegan cook follower of “Do it yourself”, the 33-year-old Frenchwoman began ordering take-out meals every week to help restaurants in her neighborhood. “It was raining heavily the other day. I realized that beyond helping the restaurant, I had forced a delivery man not very young to come to my house despite the bad weather and at the risk of his health. We don’t realize enough of the usefulness of these people, or of those who collect our garbage cans. I really have empathy for them ”.

If the general standard of living increases in New York, nearly one in five inhabitants still lived below the poverty line in 2018. Faced with this awareness, Elsa Lagache decided to help by volunteering for Soup ‘Kitchen, the equivalent of Popular Soup in France. “I go to a Manhattan church once a week to prepare and serve meals to the homeless.” She also convinced Mélissa to join her. “Before, with my crazy pace of life, I would never have had time to help”, estimates Mélissa Dorange. “I’m happy to be spending more time right now with people who need it. For them and also for me, I feel more benevolent than before. It feels good”.

In February, just before their closure, New York had nearly 8,000 stores of major national brands, and had welcomed no less than 60 million tourists in the last 12 months. “I’m glad to see that all of these department stores are closed. There is such an absurdity of over-consumption here ”, cowardly Pascal. “When you tell yourself that it all stopped because of a small virus, it leads to an awareness: can we live without it? Certainly”. Timothée de Chateauvieux is employed by a French bank in Manhattan. According to him, “The New York model is based on always producing more so as not to be destitute. Except that we produce a lot, but we use very little ”. For the young man, “We are at a time when New York, the United States and all of humanity needs a real ideological-political change”. Cyrille Guyot is more nuanced. “We must not forget that mass consumption is a given here. Because if we don’t consume, we can no longer produce and we have no more work ”. For him, awareness must be individual. “Initiatives must start from below. It just starts by stopping buying your plastic bottle of Coke around the corner ”.

Will New Yorkers’ habits change when the epidemic is behind us? “I think there are going to be two phases”, considers Elsa Lagache. “The first to deconfinement where people will need to go out, to let go without thinking. And a second in the medium term where we will reflect on what we have experienced, what we have learned from confinement and the new habits we wish to adopt ”. For Pascal, people’s behavior has already changed. “New Yorkers are much calmer, much less tense. But will it last? ”, he wonders, before adding. “My ideal New York after confinement would be: less cars, more greenery”.

There is no shortage of bars, restaurants and shopping at Mélissa Dorange. The French girl admits, she was never a fan of New York. “Everything I don’t like is temporarily gone. But the economy will soon have to start working again, and I’m afraid the city will go back to the way it was. My hope is to move ”. After living almost 20 years in the big apple, and approaching his fiftieth, Cyrille Guyot is also thinking about a departure. “The city fits us less and less. Our project is to reconnect with nature and have more space to produce our fruits and vegetables ”. In love with New York, Elsa Lagache wishes on the contrary to embody the change in her city. The thirtieth multiplies initiatives. Beyond Soup ‘Kitchen, she performs other volunteer missions for newyorkcares.com. La Française also founded the “Super Heroes Project”, workshops for the manufacture of natural care and beauty products available on the internet. It also collects tote bags regularly and redistributes them in front of large surfaces to counter the use of plastic. “I am optimistic by nature, and I consider that everything starts from individual responsibility”.

* The first name was changed at the request of the interviewee who wishes to remain anonymous.

My fridge, the compass of my confinement

What country is easiest for an American to move to?

Is it cheaper to build a house or buy a house?

Who is the richest real estate agent?