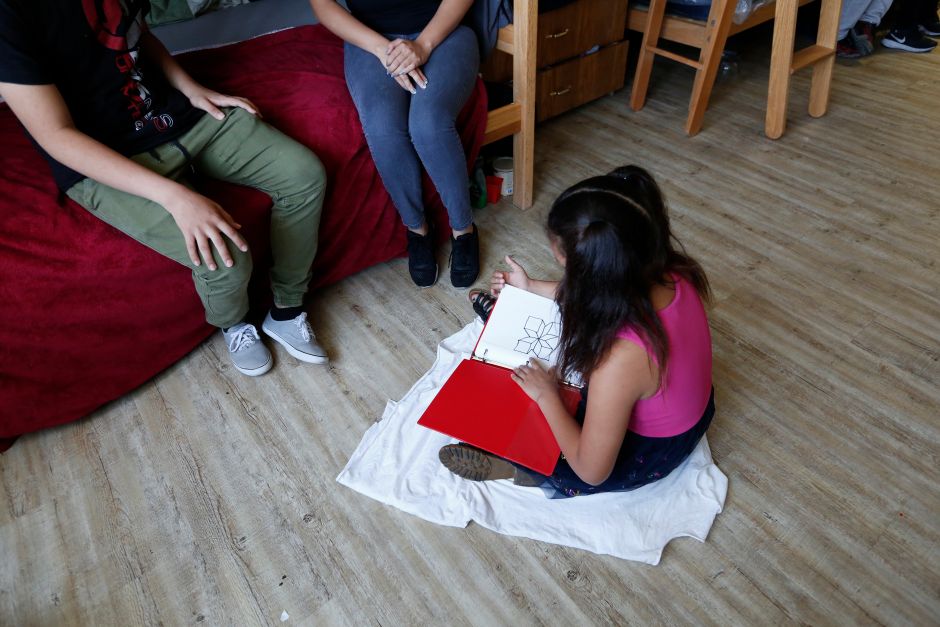 Years ago, Eduardo Osegueda had a car accident in which he broke his leg and was no longer able to work. Losing their job income, Eduardo, his wife LaSandra, and their little daughter Cristina lost their homes and eventually had to move into their car, where they lived for six months.

The story of this Los Angeles family, unlike that of many others, has a happy ending. The Oseguedas connected with LA Family Housing, where they received services and resources, they were able to leave the streets and move into their own home. Today, Eduardo works for the agency, helping the many other families who are going through the same situation.

The 2020 count of homeless people, conducted by the Homeless Services Authority (LAHSA) found that 66,436 people in Los Angeles County are homeless. This represents a 12.7 percent increase of homeless people, in relation to the previous year. The city of Los Angeles in particular experienced an increase in homelessness from the 16.1 percent, in relation to the previous year, with 41,290 Angelenos living on its streets. The count found a 39 percent increase in families with children living in shelters.

The street, a dangerous environment to raise children

On Wednesday, United Way organized a virtual event to share the stories of families who lost their homes, lived on the streets and were eventually able to access a home, thanks to the support of organizations such as LA Family Housing, Imagine LA Y San Fernando Valley Rescue Mission, among others, that not only offer shelter, but also support, guidance and resources for break the cycle of “homelessness”.

The Oseguedas were one such family.

When sharing his story, Eduardo highlighted the importance of breaking with this cycle so that children like his little daughter Cristina do not have to repeat it.

“I grew up in a home where my father was abusive. Every time I heard my father beat my mother, I promised myself that it would never be how he was”, He shared, referring to cycle of domestic abuse, often the cause of mothers and children ending up living on the streets.

I am your neighbor and I need a home

One after another, the families at the event shared their inspiring stories and reminded participants that they too “are our neighbors”.

“Who would have said that my pain had a purpose?” noted Pamela Marshall, a single mother of two who lived on the streets of Skid Row in 2010, sharing her odyssey.

Marshall managed to get ahead, overcome an addiction, and give his daughters and grandson a home. Today, she advocates for others in the same situation, through the CSH Speak Up!

“I am proof that anything is possible, after everything we went through with my daughters and my grandson,” said the mother. “When you see a person living on the street, remember my story and remember that people who are homeless also have values ​​and purposes like you. I know because I was one of them”, He indicated.

“I started years ago doing volunteer work in Canoga Park,” recalled Corinne Ho, organizer of Everyone In, in the San Fernando Valley (west), during the virtual event. “I took food to homeless people and when I asked them how I could help, what they needed most, they all told me ‘I need shelter, a roof over my head”He recalled.

The participants of the virtual conference agreed on the importance of supportive housing (Supporting Housing), which provide not just shelter, but also guidance, health resources, and job opportunities to those who live on the streets, so they can get ahead.

“We help one person at a time, both a single mom who has to help her children, and a veteran with PTSD,” said Stephanie Klasky-Gamer, President and CEO of LA Family Housing, at a virtual press conference.

Klasky-Gamer, who began her community service as a teenager volunteering at a San Fernando Valley shelter through her synagogue, highlighted the importance of helping others.

“During this season of Jewish celebrations, Rosh hashanah Y Yom Kippur, there is a sentence that we repeat that means “I’m here”. When God asked Moses, ‘Where are you?‘, I did not ask him about the physical, geographical location, but where his heart was as a leader. I learned to respond ‘Here I am, committed with all my heart ‘”Klasky-Gamer shared.

For more information you can visit:

Los Angeles schools will be closed at least until May 1

LA tenants cannot be evicted for not paying. They will have...

Are you informed how the ‘public charge’ rule can affect you?