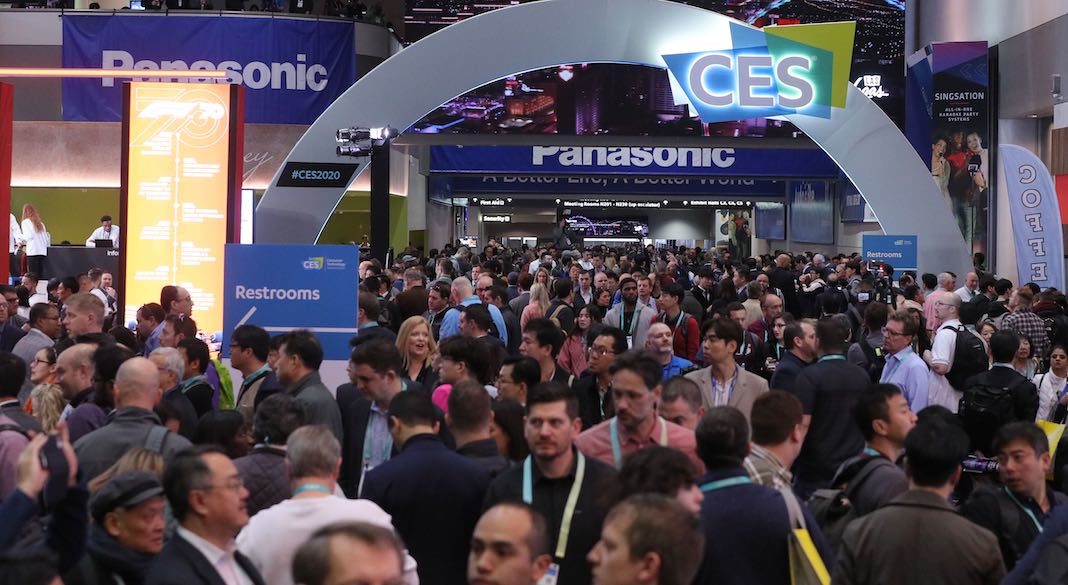 Every year, in early January, the Consumer Electronic Show (CES) attracts over 150,000 visitors to Las Vegas, and all that matters in the world of consumer digital. None of that this year: due to the health crisis, the show will be fully online this year, from January 11 to 14. “We made this decision for the good of our clients, it was a unanimous choice of the Board”, Explained in early December Gary Shapiro, president of the Consumer Technology Association (CTA), organizer of the event, during a webinar with Charles Kergaravat, international marketing director of Klaxoon, a company specializing in the development of collaborative solutions for companies. But despite an optimistic speech, the president of the CTA did not hide his questions about the number of potential visitors.

This transformation of the CES through the creation of a digital platform profoundly changes its organization and should have a direct impact on attendance and the contingent of companies present. However, in order to maintain the confidence of exhibitors, prices were almost divided by ten. The virtual stand is displayed at a little less than $ 2,000, compared to around $ 20,000 for a physical presence, not to mention the various costs inherent in traveling to Las Vegas (plane tickets, hotel, etc.). For its part, Business France has also set up an offer for French companies and start-ups starting at 1,600 euros excluding tax with many tools to increase visibility during the show.

The French contingent on the decline …

But that is not enough to convince and the French participation will be much less important. “The 100% digital format is not suitable for all start-ups ”, said Eric Morand, director of the digital technologies and innovative services department at Business France. According to the public export aid agency, which brings together a large part of the delegation of French start-ups, 113 young companies should be present against more than 150 in 2020. For Julien Garcia, communication and partnerships manager at Blackline, a start-up which is developing a connected snowboard binding, the virtual CES cannot replace the original. “We were contacted, but we chose not to exhibit. Because we risk not reaching the same audience and the same network”, He explains. A finding also made by home automation manufacturer Somfy. “We will not be exhibitors this year. We opted for the virtual session of the R + T trade fair in Stuttgart, from February 21 to 25”, Says Carine Bocquet, international marketing manager at Somfy. Exhibiting in 2020, the other big name in home automation, the Legrand company, is also passing its turn. “We probably wouldn’t have been there this year, but the fact that the show takes place in a digital form has strengthened us in this option ”, explained Benoit Coquart, its managing director, to AFP. Major automobile manufacturers and suppliers, such as Peugeot and Valeo, will not be in the game either.

While some companies have decided not to exhibit, others consider that this format remains an attractive medium for developing and presenting new technologies, as evidenced by the presence of Renault or the French press agency ETX Studio. “ETX Studio will participate in the digital CES, in order to assert its ambition to be a world champion of revoluSON thanks to ETX Daily Up, the first 100% augmented audio information platform, produced in partnership with AFP and Microsoft. It is a factor of business, media and strategic acceleration”, Explains Jérôme Doncieux, the CEO of the company. Same analysis from the side of the Nantes start-up La Ruche à Vélos, which will present online its concept of secure parking for two-wheelers for businesses and communities.

Organizer for many years of a French-speaking village on the fringes of CES, Marc-Lionel Gatto has decided to try the adventure of this virtual fair, but adding a physical dimension to it. This “phygital” solution will take the form of connected studios installed in various French-speaking cities and regions of the world, partners of the event, where participants can go to “pitch” with the network in particular. “The French-speaking village makes it possible to optimize participation in the show, by helping participants navigate a gigantic event and finally this role is even more important this year with the digital show”, notes Marc-Lionel Gatto.

But the “all digital” CES experience should remain just that: a unique experience; Gary Shapiro and the CTA have already announced that CES will return to Las Vegas next year. And most large groups such as startups have announced that the return of the physical fair will be decisive in their decision to participate or not in 2022.

Aid to SMEs: how to benefit from the giant aid plan...