Home Latest News Wife of famous Mariachi is opposed to helping the community from which... 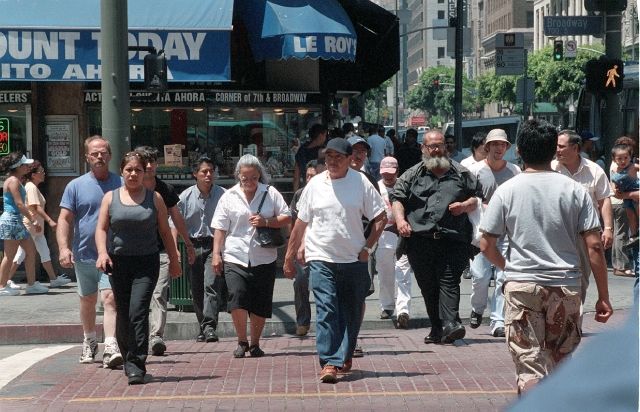 Lawyer Rosa Elena Sahagún criticizes the political positions of the wife of José Hernández, owner of the Mariachi Sol de México and the Cielito Lindo restaurant.

It has been several days since a Facebook post by the wife of a famous mariachi went viral on social networks, stating that it “boils her blood” to know that undocumented immigrants could receive help from the state.

Teresa Hernández, wife of the director and founder of the Mariachi Sol de México, José Hernández, is an outspoken supporter of President Donald Trump and in the past few days has shown her great support by attending various protests in Orange County calling for businesses reopen.

In these protests, like many Trump supporters, Teresa is seen without wearing a mask or maintaining social distance.

However, it was his controversial post – which he has already erased from social media – where he shows his fury after learning of the support that Governor Gavin Newsom offered to people living and working in the United States, but without a legal document.

"If this is true, my blood boils," reads Teresa's publication. "There are millions of unemployed Californians who have worked and paid the system and the businesses are closed and have not received even 10 cents of aid from the state, the money needs to go to help California businesses and employees."

Immigration attorney Rosa Elena Sahagun, who was one of the first to expose Teresa's post last weekend, said that if the comment had come from anyone else not profiting from the immigrant community it would be different.

“But here the whole family is profiting from the immigrant. They are offering a Mexican product and no matter how much Jose wants to distinguish himself, it cannot be done, ”said attorney Sahagun.

The lawyer said that on her social networks there are many people disappointed by the Hernández couple, but there are also many who support them by sharing the acts of charity they have carried out.

"But we must see that the profits they make are being used to promote an anti-immigrant agenda," said the lawyer.

In 2016, the Hernandezes had already faced a similar questioning when a group of activists tried to confront Teresa over her support for Trump and her anti-immigrant agenda, but the movement died from not having enough support.

"Now due to (COVID) 19) many people have reacted more because they have more time to read and pay more attention to the publications," added Sahagun.

Mayra Todd, a pro-immigrant activist, said that her blood boiled when she saw the post of a person who works shoulder to shoulder with immigrants.

Todd said Teresa should take into consideration that the people she is attacking are the same people who eat at her restaurant, work for them and attend Mariachi Sol de México concerts.

"This virus touched the entire world and saw no immigration status. He didn't say, ‘it's your turn because you have papers and not because you don't have any,’ ”Todd said. "Here it is not about money but about generosity."

Todd added that thanks to immigrants, many of them undocumented, who pick vegetables in the fields, she has the opportunity to sell her takeout.

"She has made a fortune from us," said Todd. "Or at mariachi concerts they ask who has roles and who doesn't?"

In responses to the attacks, on May 2 José Hernández published on Facebook that he would be willing to have the Cielito Lindo restaurant closed to him as long as they allow the smallest businesses that live up to date to open.

"Also that they give more support to the comrades in the Plaza del Mariachi who are going through very difficult times," added José in the publication that was later deleted along with his Facebook account.

However, the message did not address his wife's anti-immigrant comment.

La Opinion tried to contact him, but for the closing of this edition there was no response.

Meanwhile, the reactions on social networks were immediate; Sebastián González wrote, “poor rabble, they feel sorry. They live on people to survive and they are Racists. ”

Esther Gutiérrez: “As if his family was not undocumented in the past; old racist, there is no doubt that among us Latinos we want to take our eyes out. Where do you come from, ma'am, perhaps your parents or grandparents were not undocumented. Ever respect people if you want respect. "

On the other hand, during a Facebook Live made by lawyer Sahagun, on Monday afternoon several supporters of the Hernández supported and criticized the lawyer for displaying them.

Anisa Marie: As a lawyer, you must be well informed of everything Master Hernández does to help our culture, children and people, before you start to speak ill of someone you don't even know.

Jill Tutan Cataldo: We ask that you stop spreading lies about people who disagree with you and also apologize. If you are a person of integrity, you will publicly apologize.

But there were also messages of support.

Lupita Gallegos: An immigrant's worst enemy is another immigrant with papers. And it is what happens to those of Cielito Lindo and kindred. Like those who also sued the governor.

These four dream homes are looking for buyers in Westchester –

The Dallas Museum of Art extends its exhibition on Dior

From Monet to Picasso: a very private collection in Houston