Home Latest News Why is it important to march? 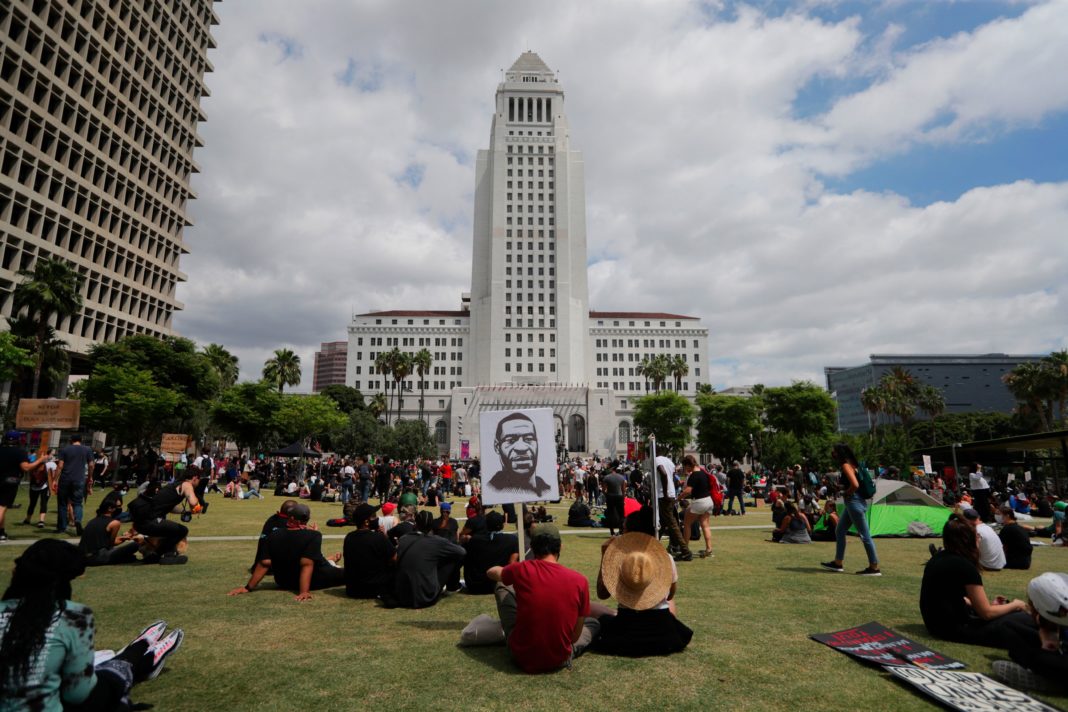 From at 8:00 a.m. This Saturday, people seeking to demonstrate against racism began to gather in front of the Los Angeles City Hall.

As the hours passed, the assistants took to the streets of the city center, always in the distant gaze of the National Guard.

Some demanded justice and others a change to police tactics. La Opinion collected some of the reasons that led them to raise their voices yesterday. 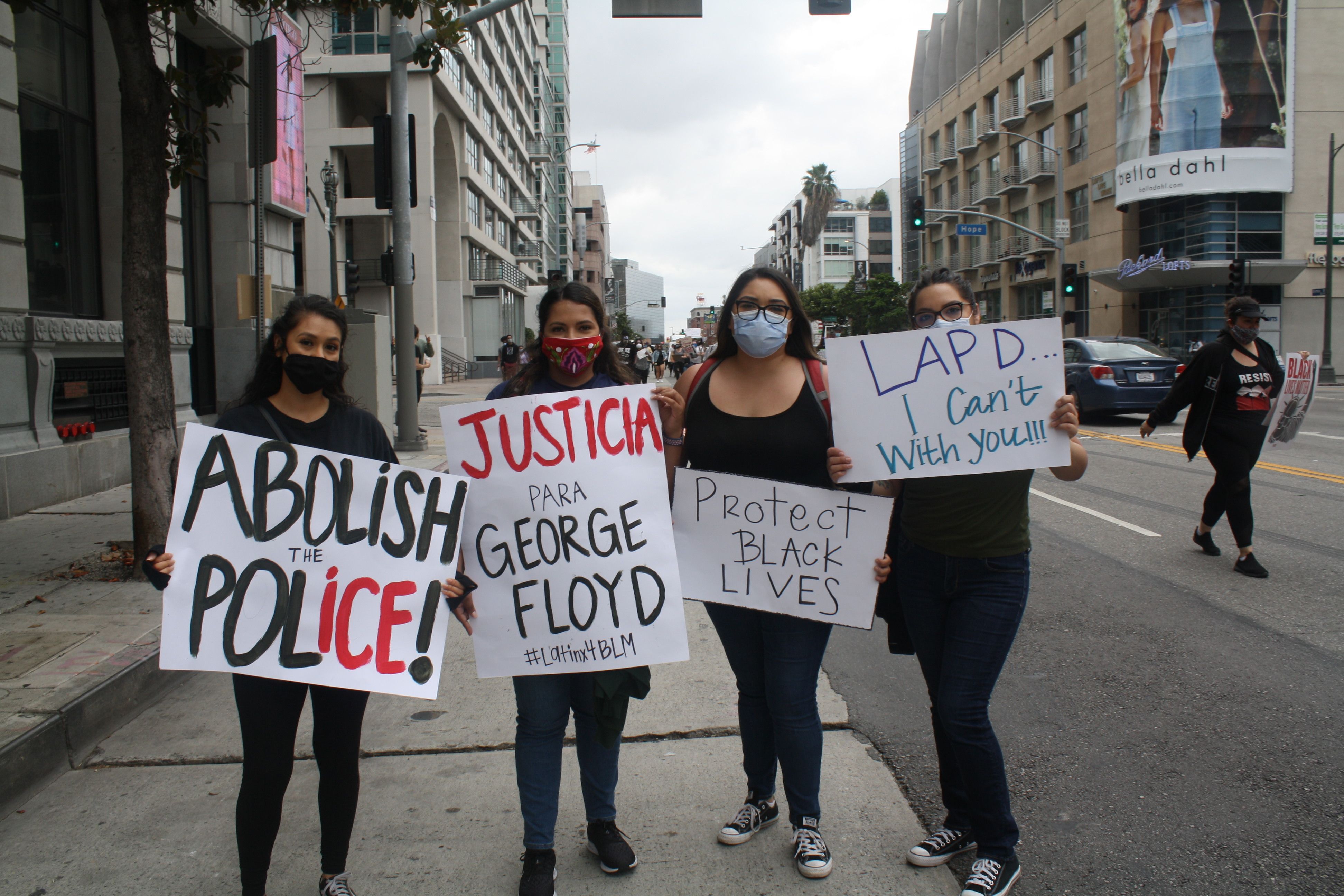 Laccy, second from right, was born in Los Angeles and said it is the second time she has participated in marches and social movements. The first time was in 2011 with Occupy LA and now against police abuse.

“It is important that all minority groups participate in the demonstration to show solidarity. The videos that are shown in the media simply show us the discrimination that exists in the American system… It is time to show solidarity and take to the streets ”. 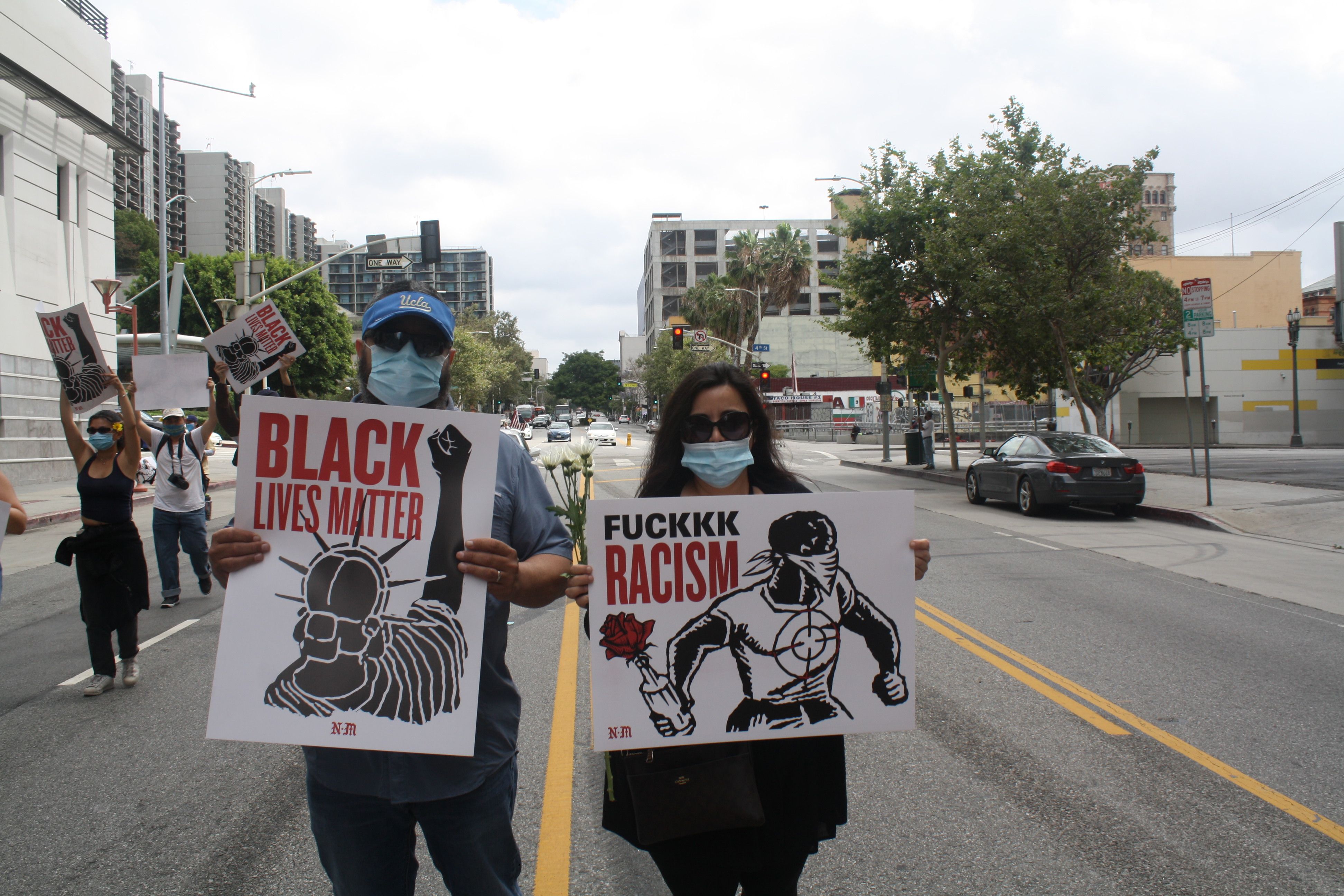 Carlos Ramírez and his wife Angélica Barajas got up this Saturday around 6:00 a.m. to prepare and get to the march.

The Los Angeles resident said that unfortunately the fight has been going on for years since the abuse is not from today, but expressed the need to continue pressing to try to reduce it.

“It is important for there to be justice, equality and more humanity. (I am here) to protest against the institutions that have to protect us, but do the opposite, ”he indicates.

"There should be no reason for a person to die from the color of their skin or a person who runs to save their lives and is shot from behind," referring to Ahmaud Arbery, who died at age 25 after being shot by two white men. last February in Georgia.

"We are here to protest these injustices," he added. 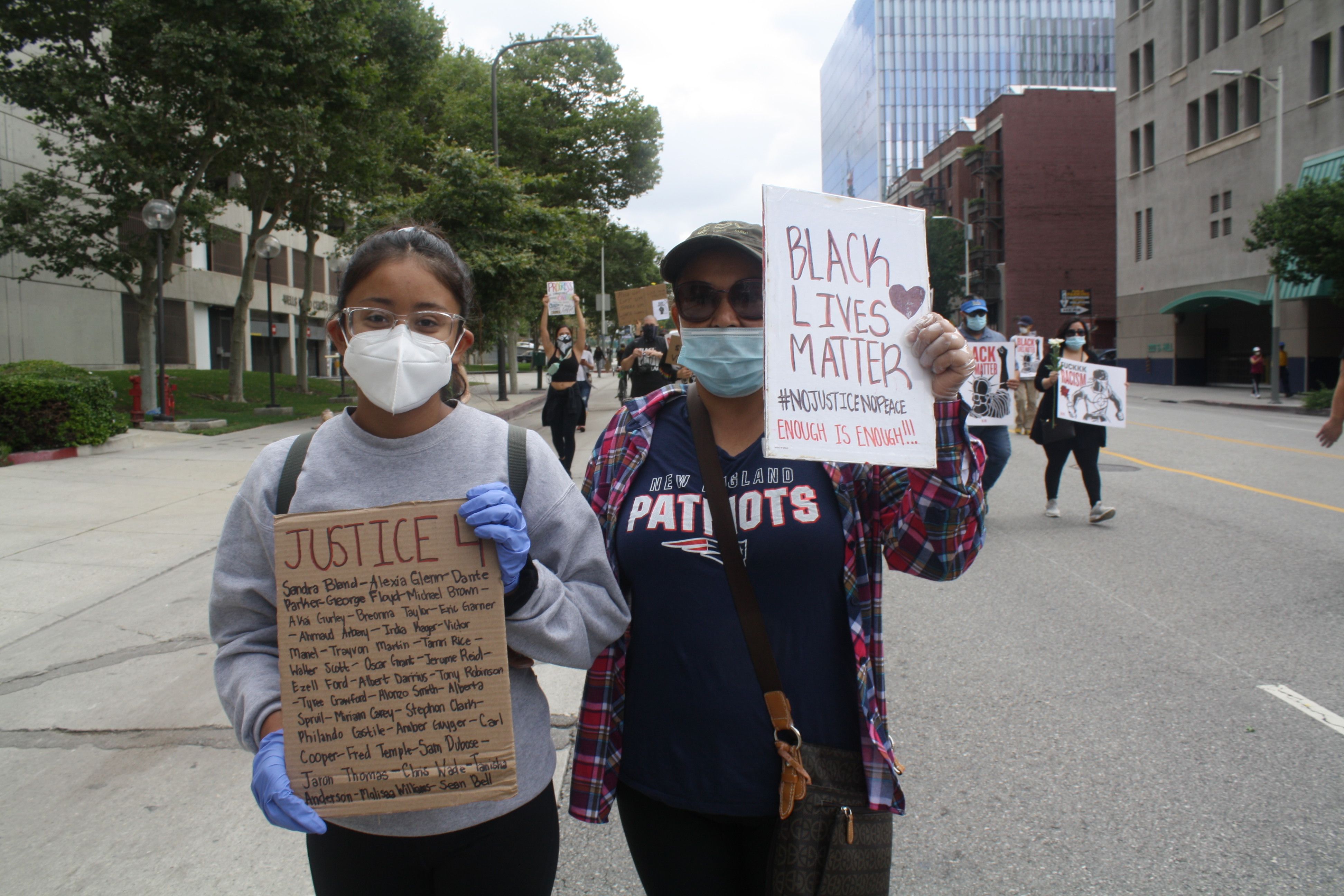 Lucia arrived with her 16-year-old daughter Mariana on the march. She is from Mexico, but she has been living in Los Angeles for 26 years. Her main concern is to get Trump out of the White House, but she would also like to see a more equitable society. While, to her daughter, the issue of abuse does outrage her more.

“What the police do to all races is not right. I already knew about the abuse, but had never said anything until now. It is the first time that I participate in a demonstration… At school we talk about what is happening, but we have not organized to leave all the students to march, but I would like us to do so ”. 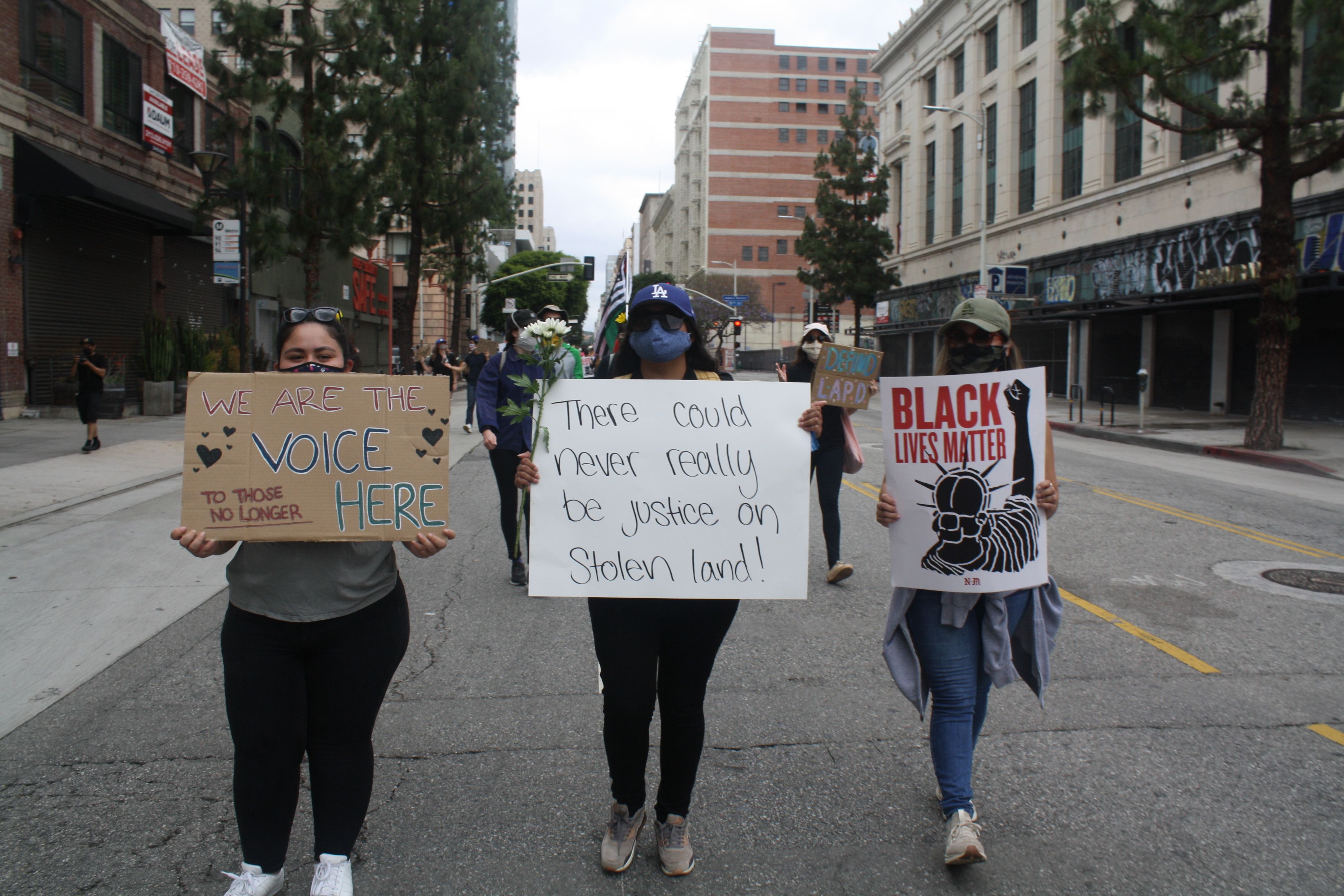 Membrena, first from the left, came with her friends to express their disagreement about what is happening with the police in the United States. He indicated that he has already experienced discrimination in his own flesh and that is why he wants things to change.

"When I was six years old, my whole family went to Santa Barbara, but the police stopped us and I don't know why, but they returned us. The police did not let us pass … I think that because my parents were Mexican. I think it is time for things to change that is why we are here, we want our voice to be heard. ” 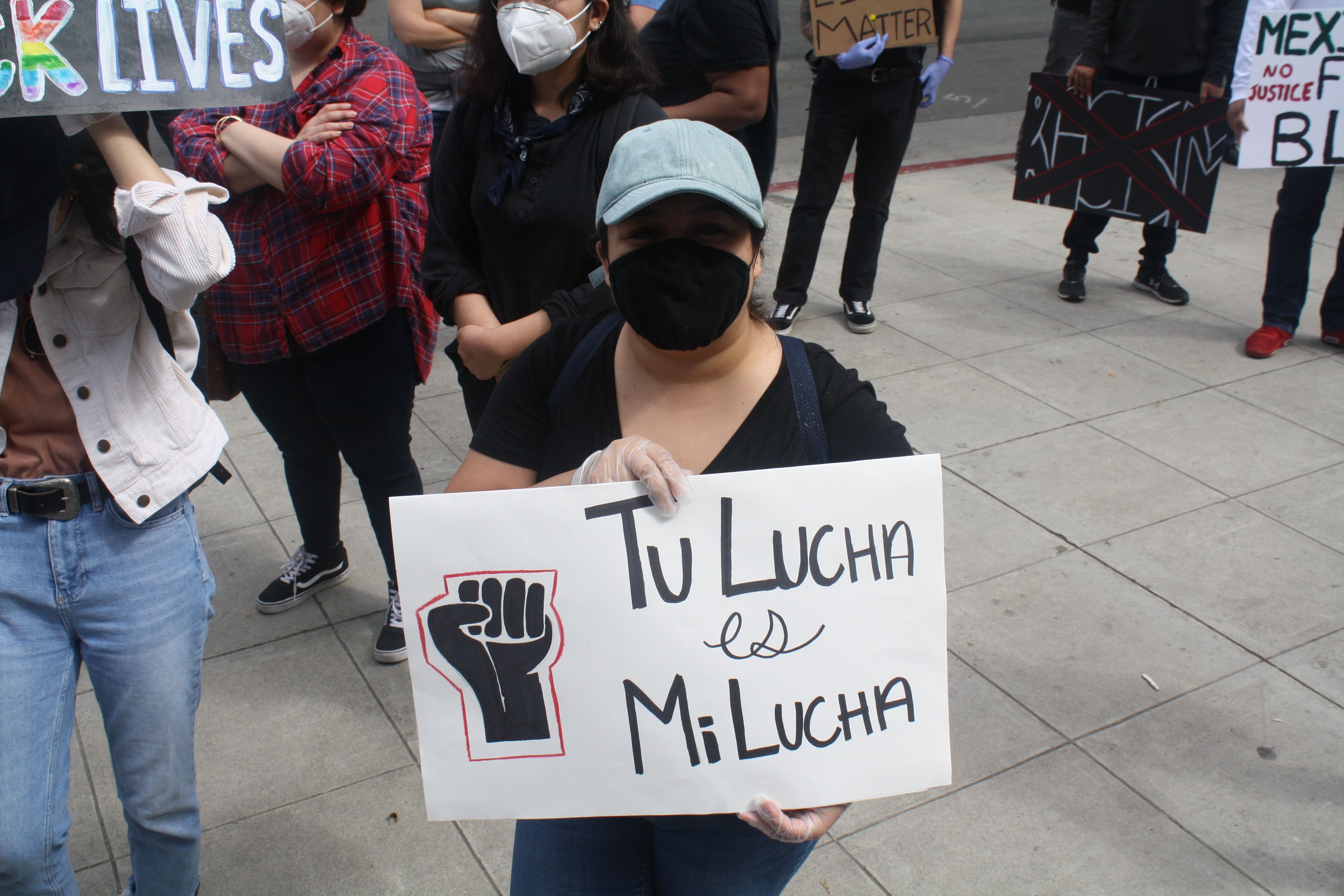 Abril came with a group of friends to support not only the African American community, but emphasized that it was support for all minorities suffering from police abuse. After the protest, he said he planned to go eat at an African American restaurant.

“There are many reasons (to be here on the march), but the first is that in our Hispanic culture we are very unaware of the history of African Americans in the United States. I think it is time for our community to unite against police violence and against racism that is exhibited in law enforcement agencies nationwide.

Health insurance of the French in the United States: what changes...

how to return to France? –

Why are there commercials for drugs in the United States?

The reopening challenge for French merchants in Miami

Terrible explosion in downtown LA would be generated in warehouse with...