Home Latest News “We will create an office to investigate the police”, George Gascón 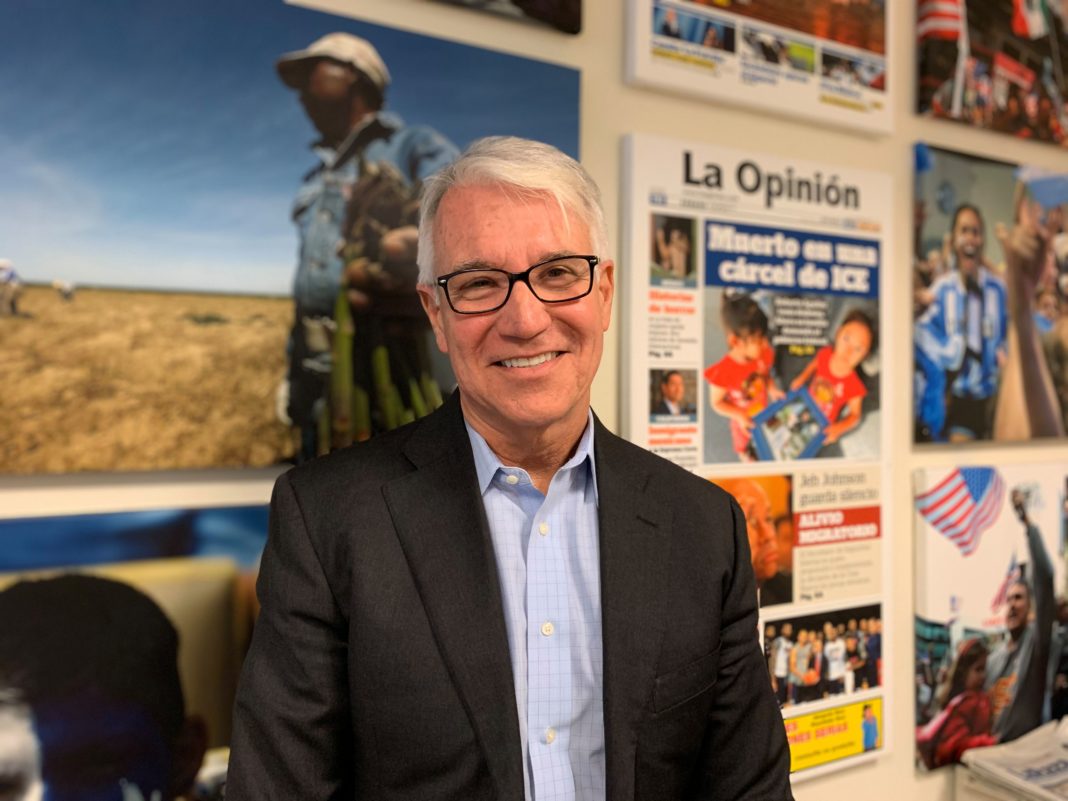 Less than three months from the November election, George Gascón, the Los Angeles County prosecutor’s candidate said his three priorities for convincing undecided voters are: an immediate halt to the death penalty and the prosecution of minors , but also an approach to the victims that allows not to re-victimize them.

Another of his priorities in winning the Los Angeles County prosecutor’s election is create an independent prosecution office to investigate police officers involved in excessive force.

Gascón had a virtual meeting with The opinion joined by April D. Verrett, president of the International Service Workers Union (SEIU), local 2015, the largest union organization with more than 400,000 nursing home workers and home caregivers in California.

SEIU (2015) endorsed him and promised to work with him to win the position of Los Angeles County District Attorney.

On the death penalty, Gascón said that it has no place in modern society. “There are 250 people on California death row in Los Angeles County, and we have more wrong convictions here than anywhere in the country.”

One of his plans as a prosecutor is for minors to be managed through the juvenile system, but he also wants to stop jailing people with mental illness.

“For those who are not convinced of whom to vote for prosecutor, I want to tell them that the criminal justice system is going to impact them just by paying taxes. You are paying too much when crime in the county has increased 30% and incarceration is four times more. That money could be used to deal with the homeless or mental health problems, or to keep us safer, “he said.

So he asked the undecided to be part of the solution. “We are here to swim or drown together.”

A poll conducted between June 26 and July 6 gave Gascón a slight advantage of three points, 35% in his favor and 32% for current prosecutor Jackey Lacey, while 33% of voters are undecided.

“We anticipate that those numbers will start to change once we enter September and October. We have a lot of work ahead of us to make sure that the Latino, African American community and workers wake up and go out to vote, ”he said.

In November, he said that there will be not only a crucial election to win back the White House, but also for Los Angeles, which has the largest number of people incarcerated in a county in the world, and the one with the highest death penalty.

In Los Angeles County, he said minorities are disproportionately incarcerated in 70%, while there is an increase in violent crime by 3%.

“We have to do things differently. The reason the local SEIU 2015 union is supporting me is because workers are impacted in large volumes, and because of systematic racism in the criminal justice system. ”

No to the police money

His campaign currently has a group of civil rights attorneys reviewing and reassessing troubling cases handled by current prosecutor Jackey Lacey. If she wins, she’ll assign special prosecutors outside the prosecution to handle them.

“We need to change state law to create a separate county office from the prosecution to investigate cases of excessive police force. We must have a structure so that they are thoroughly investigated, and remove conflicts of interest. ”

He is convinced that the police unions are going to do everything possible to defeat him in November. In fact, he said they have put $ 4 million, or perhaps $ 5 million, for current prosecutor Jackie Lacey to be re-elected. “In the primary election, they raised $ 2.2 million to use against me. They are afraid of my leadership. “

Gascón affirmed that the police should not be above the law, and must respond to much higher standards than any other.

“When I was a prosecutor in San Francisco, I fired and disciplined many polices ”.

He revealed that he is excited because he considers that he is living a historical moment to make a change. “For the first time in my life, I’m seeing the white community get mad at things like what happened to George Floyd. Something that has been obvious for generations for African Americans. ”

It is difficult to campaign in a time of pandemic without being able to make physical contact with the voters, and even more so when you have before you a difficult election that seeks to remove an official in office. What is your plan?

– We will depend on people like Abril and her membership. As a community we need to stand up and vote. I understand that we are not excited about the November election, but we have no choice; and yes an opportunity to correct many errors. I’m talking about the White House, Congress, and certainly the Los Angeles County District Attorney’s office.

The leader of the SEIU local 2015 said he has endorsed him not only to use his name but to make sure he is elected in November.

“We’re going to have to virtually connect, text, and communicate with voters on social media to make sure our communities are educated about voting by mail.. We are committed to a change in the justice system, and we know that George as prosecutor will listen to the needs of Angelenos. ”

He acknowledged that many obstacles await him, but they know that he will fight as he did when he was in the Los Angeles police and the San Francisco prosecution. “We hope he is a fighter for working families and on the right side.”

George Gascón has received the support of Senators Bernie Sanders, Elizabeth Warren, Kamala Harris, Black Lives Matter, among many others.

They find body on the bank of the Los Angeles River,...

[Webinaire] Working from anywhere: the challenges for the employer and the...