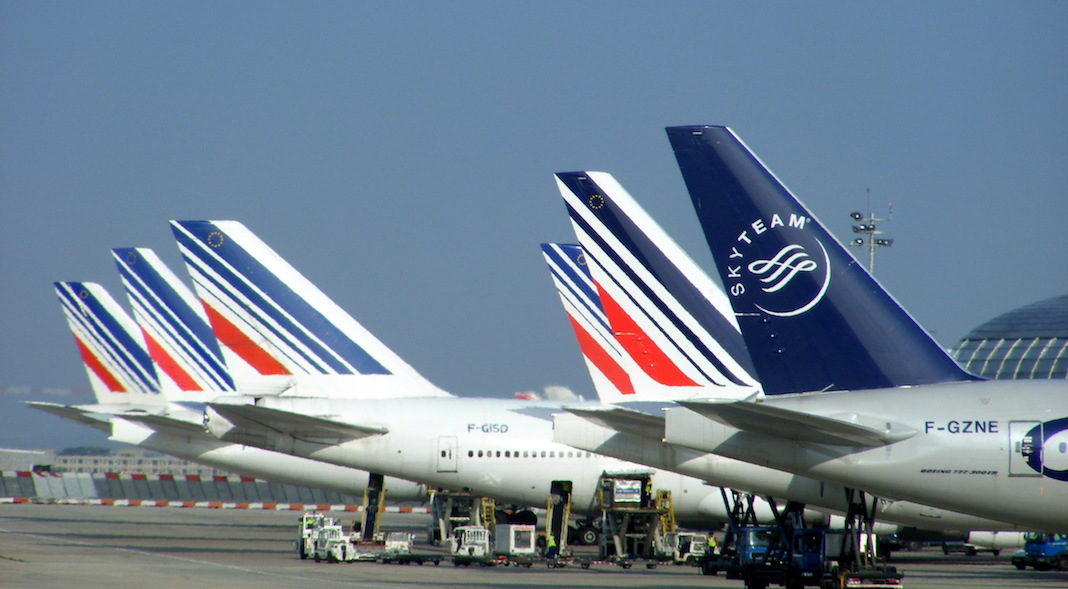 Latest information on flights on the Air France website

It’s a return to France that Adèle Gapin will remember for a long time. Invited researcher at Georgia Tech, she is one of the thousands of French nationals living abroad who have decided to return home precipitately during the Covid-19 crisis.

A decision easier to make than to execute. Before being able to board her return flight on March 19 from Atlanta, she faced an obstacle course. She has passed "Between eight and ten hours on the phone over three days ” with Air France to cancel a ticket. When purchasing her ticket to France, she saw flights to "11,000 euros“.

“I played my VPNs. I wandered around different sites updating the pages“, She says. She will end up getting an Atlanta-Pau trip via Paris for 700 euros. “Seeing videos of the state assuring that we would take care of the French abroad and hearing my relatives telling me that we just had to call the embassy, ​​it was hard because it was not true“, She explains today.

Adèle Gapin's experience recalls the inevitable difficulties and chaos that accompany an operation as important as the emergency return of 150,000 French people amid a health crisis.

Difficult to reach the embassy or consulates, contradictory information, airline standards taken by storm: getting the precious sesame back was no easy task. “I had assumed that I could return to my country, but this is not true because many flights have been canceled. France would not have refused me at the border, but we still had to get there!“, Breathes Clémentine Schoeffel, a student from Sciences po Lille in exchange at Georgia State University (GSU).

For her, the main challenge has been access to information. She was listed on the Ariane thread, a travel advisory service set up by the Ministry of Foreign Affairs, but “I didn't get any information contrary to what I thought“. She will find them through a Facebook group of French people from Atlanta, where a member of the consulate was active. Finally, his mother will take the initiative to buy him a return ticket.

“I was afraid to take a ticket that would be canceled later“, Says Maïlys Le Doujet, intern in New York. She also practiced page refreshing repeatedly to find her flight. “Prices fluctuated by the hour. They went from 1,200 to 400 euros“, She remembers. “I consider myself lucky compared to travelers who are stranded in terrible conditions", she says.

According to the Quai d´Orsay, some 60,000 people have been able to return to France thanks to the exceptional mobilization of the State and Air France. “The situations are often very complicated and require a strong mobilization, including at the political level. We therefore meet with our counterparts in the countries concerned and will continue to do so whenever necessary. We also ensure that the prices of plane tickets are regulated by asking, in the exceptional context that we live, the airlines to make an effort, which many of them accept", Said the Minister of Foreign Affairs Jean-Yves Le Drian and the Secretary of State for Transport Jean-Baptiste Djebbari in a press release on March 23.

In the United States, Air France is gradually reducing the airfoil. On March 22, it suspended flights to Chicago, San Francisco, Washington, Miami and Atlanta to operate only flights from New York and Los Angeles, three times a week.

Back in France, Adèle Gapin would have liked the state services to communicate more – "between Monday and Thursday, the day of my departure, I received a single email from Ariane (the ministry's dedicated site) telling me that I had to go back ”.

She is less critical of Air France. “Despite the wait times on the phone where I never managed to get them, I find that they handled the situation rather well. After I booked my ticket, I received several emails indicating that my flight was maintained. It was quite reassuring!, she says. Beyond being completely alone in dealing with the situation, I would say that the hurried start was quite difficult to deal with. I couldn't say goodbye to my friends and colleagues. "

Latest information on flights on the Air France website

Advice from French chefs in America for pancakes like at home

They have no grandmother! They cheated old Hispanic women with fake...

[Replay] Franchise in the USA: open a French American Academy