Home Latest News Victim of wound with machetazo receives the U visa for him and... 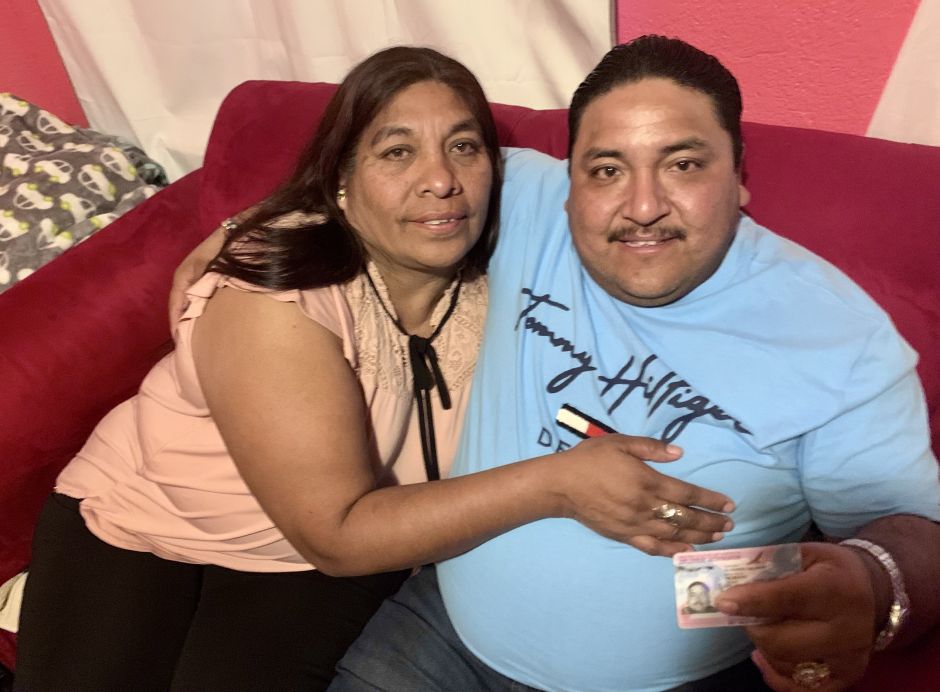 The process was long, but the help that allowed a couple to get out of the shadows came.

When Gilberto Olivares, a neighbor grabbed him cleanly outside his house in southern Los Angeles, never thought that this tragedy that could end his life would open the doors to fix his immigration status not only for him but for who would later be his wife.

“I never knew that I would have an immigration benefit because of what happened to me and to report it to the police,” says Gilberto, 35.

It was not until in 2014, when his employer told him that he could no longer employ him because of the lack of social insurance that he decided to seek immigration relief, which led him this month to obtain a U Visa that is given to the victims of a serious crime that they collaborate with the police, and their direct relatives, spouses and children mainly.

Gilberto's story began in 2003 when he left Guerrero, his home state in Mexico to come in search of a better life to the United States.

What he didn't count on is that in 2006, he was going to be a victim of a serious crime.

“When I lived with my brother, they wanted to assault me ​​when I got home. I came to collect my check from the textile factory where I worked. A neighbor in a state of drug addiction threw me a machete to force me to give him the money. He hit me on the arm, and made me a very big wound, ”he says.

Although he did not stop bleeding, Gilberto refused to go to a hospital. "The police came and raised the report," he said. “On the fourth day of the incident, they found the machete and arrested the man who attacked me for attempted murder. I had to go to court. ”

The immigrant remembers that his attacker did not last long in jail when he was released.

But about a year and a half ago, he was called back by the police to go back to court and serve as a witness in other attacks perpetrated by his assailant.

When in 2014, his employer told him that he could no longer employ him, Gilberto dedicated himself to collecting old iron for a living. "In those years it was good business," he says.

At the same time, he began looking for a migration lawyer to see his options for an immigration settlement, whether through his employment or time

“My own expatriate offered to help me. Only for the kind of occupation I did in the textile plant, there are many people who can do it here. So that was not an option that justified giving me a work visa, ”he says.

This immigrant visited about four immigration attorneys, but says they all asked him for a lot of money he didn't have, until he found the immigration lawyer, Eric Price, who offered him a more reasonable payment than the other defenders, although he warned him that The process would be long.

"That's where they told me that I could get a U visa due to the attempted homicide I suffered", He says.

The request for the U Visa started it between June and July 2014.

“When they were preparing the paperwork, they asked if I was married, I said yes, and they asked me to bring my marriage certificate to include my wife in the petition since she too was undocumented, and could benefit,” he says.

Gilberto had to be honest and tell them that he was not married but in free union for many years.

“I met her two years after they attacked me, in 2008 when I left my brother's house and went to rent a room with a family. Guillermina, who is now my wife, rented another room right there, ”he adds.

“In that place we met, we fell in love, we got together, and we went to live in a single room,” he laughs. But yes, they never saw the need to marry until the U Visa opportunity came. So the couple had no choice, but to take the momentous step.

“As we could, we got the 250 dollars they charged us for getting married in a business on Broadway in downtown Los Angeles. I didn't even have to invite her to eat. As I could complete for the truck. We ended up eating chili with egg at home, ”he says now with a smile on his face.

Gilberto and Guillermina got married in 2015.

At the end of January, they received the U visa that opens the doors so that in three years they can be residents and later citizens.

When Gilberto was unexpectedly handed over the U Visa, he couldn't contain the crying.

“I cried from the emotion. They were many years of waiting to be able to fix my situation. At the lawyer's office, they suddenly showed me the U visa card, I was so shocked that I told them that they were going to kill me from fright, ”he jokes.

After a few days, Gilberto says that he still doesn't know how to believe it, he takes the card out of his wallet and stares at it to see if it's true. “I didn't believe it. The first night I did not sleep happily. I couldn't find who to teach it to, ”he says.

“My biggest dream is to own my own house, and drive large‘ trucks, ”he says radiating with happiness; and even more because it is a matter of weeks for your wife to receive her U visa.

The U visa protects beneficiaries from deportation and grants them a work permit.

It met all the requirements

Attorney Price says that Gilberto obtained the U Visa because it was victim of a violent crime that could cost him his life, cooperated with the authorities to identify, prosecute and punish a criminal, not only for his case but in other cases of aggression against other people by his same attacker.

"Unknowingly met the requirements for the U Visa," he says.

The types of crimes that qualify for the U Visa are usually: kidnapping, sexual abuse, extortion, domestic violence, aggravated assault, incest, slavery, murder, prostitution, exploitation and sexual assault, torture, trafficking, harassment, among others.

He adds that any undocumented person who has suffered a violent intentional crime and who has cooperated in some way with the judicial or police authorities, depending on the case, no matter if the crime occurred a long time ago, qualifies for the U Visa; as long as there are still possibilities to obtain the police report or a record of the judicial file.

Nor does it matter if the aggressor was convicted in the case; or if he managed to escape resulting in impunity for his crimes. This as long as the immigrant has notified the police.

Franco-American conference on plastics in the oceans in Washington

Seven short films on the big screen of the TRK during...

Risks of pre-existing diseases in times of COVID-19