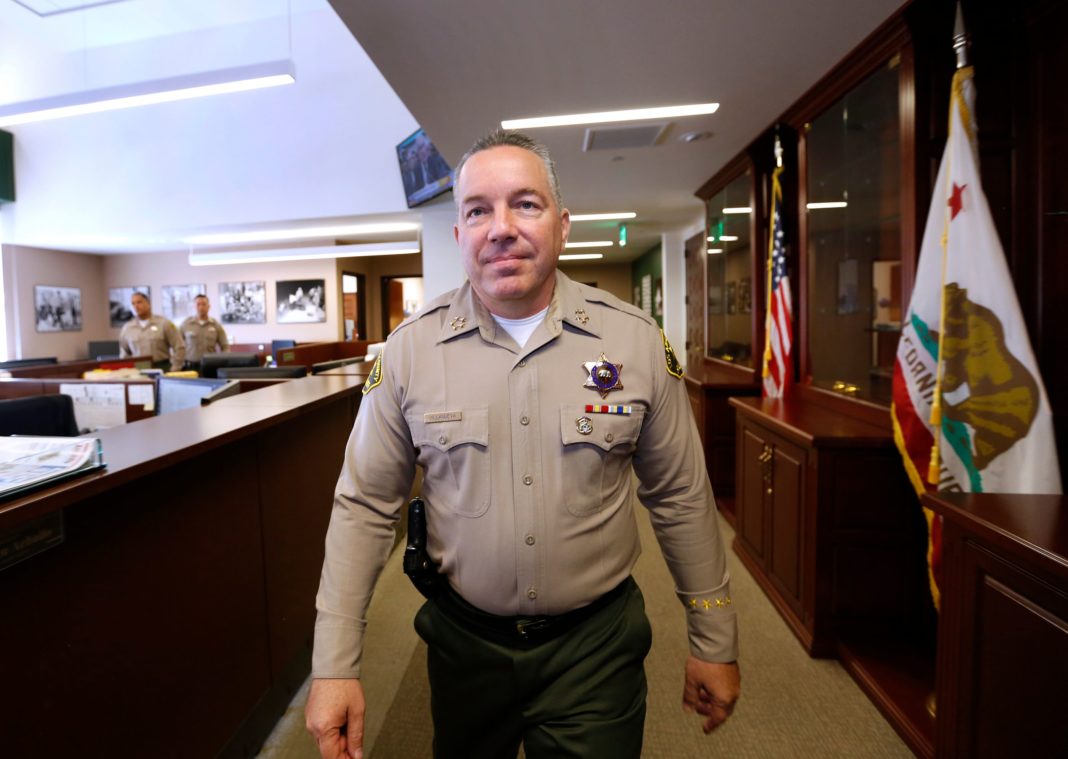 They launch the # AdiósVillanueva campaign; are the same ones who fired Joe Arpaio, sheriff of Maricopa, Arizona

Union members and community members staged a motorcade to demand the immediate resignation of Los Angeles Sheriff Alex Villanueva due to his failure to reform the department he heads. If you don’t quit now, they warned you they will dismiss of the position in the elections of the year 2022.

“We know by looking at it when a sheriff is abusive and unfair,” said Kurt Petersen, co-president of UNITE HERE union local 11. “Our union removed Sheriff Joe Arpaio in Arizona from office in 2016, and we are ready to do the same for Villanueva.”

The protesters arrived at the sheriff’s offices where they delivered a letter with the request for resignation.

One of the reasons they argue for asking Sheriff Villanueva to leave the post is his refusal to cooperate with an independent investigation into the murder of Andrés Guardado, an 18-year-old boy at the hands of sheriff’s agents.

To the list of arguments for urgently requesting his resignation, they added the derogatory remarks made recently by the sheriff against supervisor Hilda Solís, and the constant blockade of internal investigations into the agents’ misconduct.

“Our communities are tired of the lies, abuse, misogyny and racism that Villanueva continually casts on our communities and leaders.Said Eunisses Hernández, co-director of La Defensa and member of the JusticeLA Coalition.

“It is time for him to take responsibility for his actions and for all the damage he has caused. It is time for me to resign. If it doesn’t, we are going to make sure we get it out in 2022, ”he said.

In 2016, UNITE HERE Local 11 conducted the successful # AdiósArpaio campaign to remove the Maricopa County Sheriff in Arizona from office. The one they have launched to remove the Los Angeles sheriff is called # AdiósVillanueva.

“Since he was elected, the sheriff turned his office into an abusive dictatorship by reinstating an officer who had been fired for domestic violence, overstepping the budget beyond his predecessors, and adding further trauma to grieving families whose loved ones have been killed, ”said Pastor Cue Jn’Marie of the Check the Sheriff Coalition.

“The murder of Andrés Guardado and the attempt to cover the sheriff’s agents was the last thing that broke our hearts. So Goodbye Villanueva, ”said the religious.

Andrés Guardado was the son of Cristóbal Guardado, a cook at the Grand Hotel in downtown Los Angeles, a member of local 11 of the UNITE HERE union.

He was killed on June 18 while working in a mechanical workshop. Two autopsies, including that of the Los Angeles County medical examiner, concluded that Andrés died after he was shot in the back by a Los Angeles sheriff’s agent five times.

Héctor Villagra, director of ACLU SoCal, said Sheriff Villanueva has turned his back on the people of Los Angeles County and has actively undermined efforts to control a department with a long history of abuse and lack of transparency and accountability.

“The ACLU of Southern California calls for the resignation of an elected local official only in critical circumstances when they present an imminent and serious threat to civil liberties. He has a position of the highest confidence, but has betrayed him, “he added.

Melina Abdullah of Black Lives Matter said Villanueva has proven himself to be the most corrupt sheriff in the entire nation.

“His shameless refusal to get involved with the community; or to show even a basic level of respect for residents, encourages the most criminal and violent elements within the ranks. “

Traveler, if you leave the LAX and want to take a...

6 art galleries to visit without delay at Wynwood

Reopening of French restaurants in Los Angeles: "if you want to...