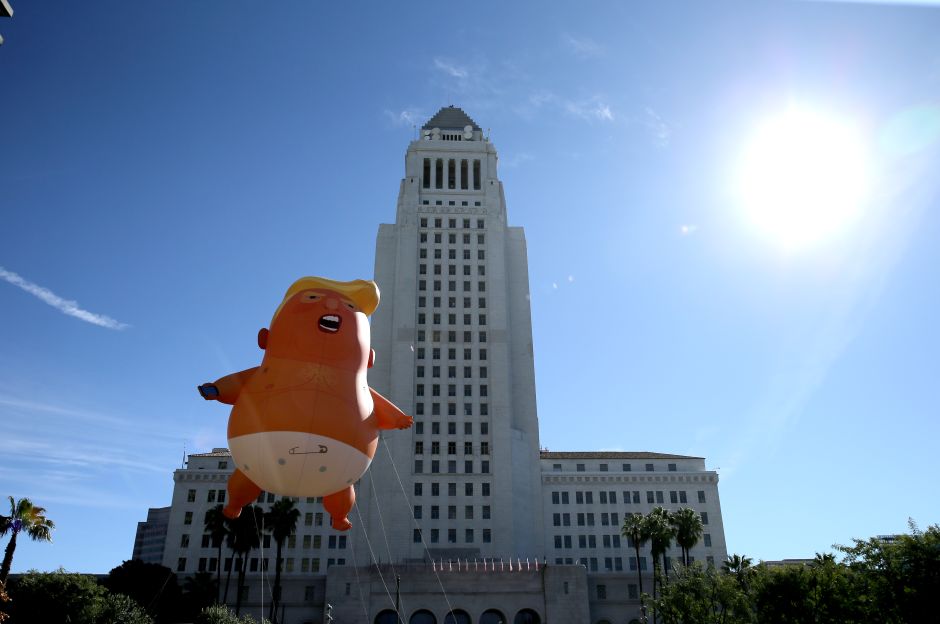 While flying aboard Air force one heading to Los Angeles the president Donald Trump responded Tuesday via Twitter to a videotaped message from the mayor Eric Garcetti in which he reiterates that the city will not cooperate with immigration authorities.

The message of the mayor, also spread on the same social network since last February 14, reminds us of the rights that immigrants have and how to exercise them in reference to special forces dispatch of the Office for Immigration and Customs Control (ICE) to capture undocumented immigrants in “sanctuary cities,” including Los Angeles.

In the video, Garcetti appears next to the head of the Los Angeles Police (LAPD), Michel Moore, to make it clear that the city is on the side of its residents regardless of their immigration status.

"Here in Los Angeles, our police department will not coordinate or participate with ICE in immigration operations," said the mayor.

"Immigration is a federal issue, security is a matter of the police and we are not going to mix those two issues," said the head of the LAPD.

President Trump tweeted directly to Garcetti and Moore's message: “The mayor's efforts to shield undocumented immigrants endanger the lives of the public and law enforcement officials who have to go to the countryside to stop those who are released. I should not urge the undocumented to defeat the system, I should urge them to surrender safely! ”