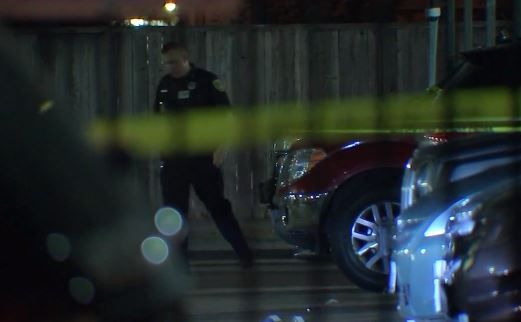 The young woman Isabella Cortés 13 years died when expelled from a car in motion at high speed last Sunday in Pico Rivera, after the theft of the family car where the minor was going.

The Cortés family, made up of six members, They were shopping when their van type was stolen in front of the La Mano Tortilleria restaurant in the 9200 block of Whittier Boulevard.

Our deepest condolences to the family and friends of 13-year-old Isabella Cortes, who died during a violent carjacking in Pico Rivera yesterday.

Parents they had gotten out of the car to do some shopping and left the engine running with the air conditioning while his two girls, 18 and 13 years old, and the two boys, 11 and 8 years old they were waiting inside the van in the parking lot.

Suddenly a man, who was identified as Jose Elias Aguilar 26 years old, got into the driver's seat to steal the car. When he got in, he told the four minors to get out of the car, but before they could get out, Aguilar started driving.

As the van doors advanced they slid and the oldest girl jumped out of the car after struggling with the thief, then almost immediately the 11-year-old boy would, but the minors of 13 and 8 remained inside the vehicle.

Aguilar started driving west on Whittier Boulevard at high speed when the young man in 8-year-old was thrown out of the car on the corner of Deland Avenue. The little boy suffered serious injuries and was transferred to a medical center.

A girl killed in #PicoRivera #carjacking. Sunday, a 13-year-old girl died and her 8-year-old brother received serious injuries.
The girl was identified as #IsabellaCortes.#The Angels #killinghttps://t.co/FSK4WPfKK6

For the moment, on board there was only Isabella Cortés, 13 years oldwho later she would also be ejected from the van while Aguilar was driving at 60 miles per hour. Isabella shot out of the car at the corner of Lindsey Avenue and Whittier Boulevard, where he hit an object and died In the scene.

Aguilar kept driving and would crash into another car on Rosemead Boulevard completely uninhabiting the stolen van. The young man tried to run away and steal another car where there was another family on board in the Whittier-Narrows Recreation AreaWhen he failed, the young man then tried to escape again in the van, but the community stopped him until the arrival of the Police.

Jose Elias Aguilar He was accused of car theft, murder and kidnapping for the facts.

Take your tickets for the French Mutual Aid Gala in New...