Home Latest News To LA Sheriff Alex Villanueva: We ask you not to fail the... 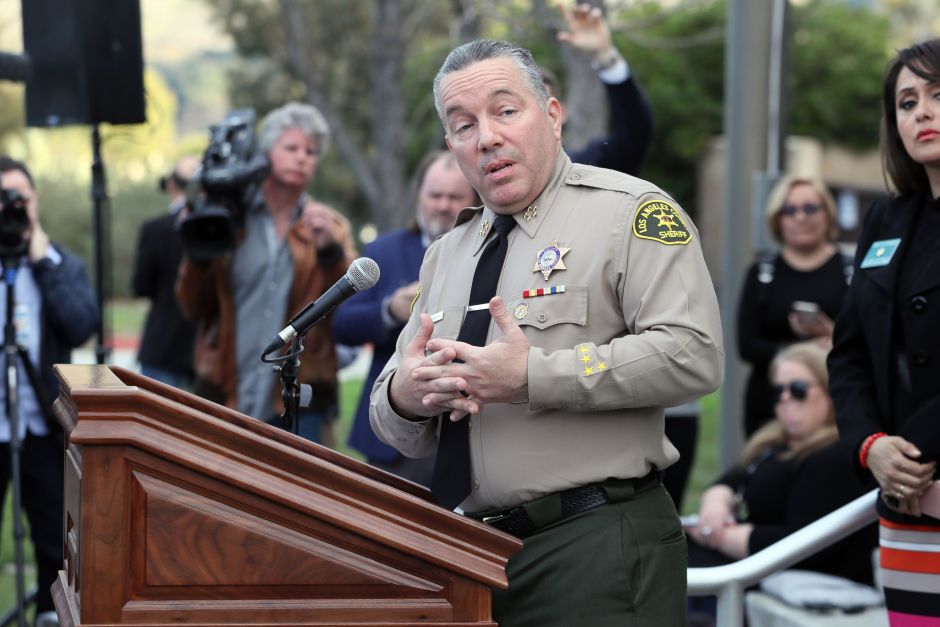 Los Angeles County Sheriff Alex Villanueva was surprisingly elected to his post on November 6, 2018 with 53% of the vote to 47% of then incumbent Jim McDonnell. It was the first time in 138 years that a holder lost the elections for this investiture.

Back then and in an interview, he defined his three priorities.

“Reforming LASD by cleaning the house, top to bottom, and raising standards across the board; rebuild the organization around the principles of community policing, and restore the lost trust between the community and the LASD, and within the LASD itself.

In some respects, it did. We are comforted that after several tug of war, you have decided to prohibit the transfer of prisoners to the custody of ICE (Immigration and Customs Enforcement) without a criminal order. It is no longer enough with a civil immigration arrest warrant, or detainer. This ban was temporarily in force since the beginning of the pandemic but is now permanent.

On the other hand, it is necessary to say that he has made errors of judgment that undermine the community’s trust in him. Something that alarms us. A correction is required.

As is known, the Los Angeles County Sheriff’s Department (LASD) is the largest county police agency in the country, with 9,000 officers patrolling nearly 200 cities and towns in Southern California and a budget of nearly $ 3.4 billion. . It runs one of the largest prison systems in the world.

Part of the conflict stems from the decision of the County Board of Supervisors, on August 4, to vote on an amendment to set aside 10% of the county’s unrestricted general funds – between $ 360 million and $ 490 million annually – for housing, alternatives to incarceration, mental health care and other social services.

This led to a severe public backlash from the Sheriff that aligned him politically against the Board.

The Sheriff faces a difficult situation, yes. We live in an increasingly violent society. On September 12, a gunman attempted in broad daylight on the lives of two agents from his department. We hope that efforts to find the culprit will be successful and he will be brought to justice shortly.

At the same time, the attack and the investigation do not have to prevent clarification of other issues that plague the community’s relationship with the Sheriff’s department.

Because at that time it was public that some officers of the service operated as “criminal gangs” within it, as alleged in an investigative piece in the Los Angeles Times.

This caused a strong reaction at the national and state level. The Congressional Civil Rights and Civil Liberties subcommittee asked the Justice Department to investigate the groups, whom it characterized as “white supremacists” and “racists.”

One of the biggest concerns about what happens in LASD is related to the deaths, at the hands of its agents, of several young people from the African-American and Latino communities.

Thus, on June 18, two Sheriff’s agents killed 18-year-old Andrés Guarded with gunshots to his back as he fled. The Department is still investigating this and other cases of possible unjustified use of force.

Members of the Board of Supervisors expressed their dissatisfaction that despite their requests, they had not been given all the related documentation.

Dijon Kizzee, a 19-year-old boy, was riding his bicycle when Sheriff’s deputies wanted to speak to him because he was violating a highway code. He fled; while fleeing, he allegedly dropped a weapon. He was shot 15 times in the back, according to the family’s lawyer.

In March, the parents of Eric Briceño, an adult man with serious mental problems, called the Sheriff for help in the middle of a crisis. Agents entered the room while he was sleeping, hit him when they said he resisted, suffocated his airway and attacked with Tasers. The son died of cardiopulmonary arrest, after screaming that he could not breathe. Now the parents are suing the department.

In response, massive protests against the department in particular and the government in general expanded to the extent of demonstrating at the entrance of the hospital where the two wounded officers were interned, and, according to the LASD, blocking entry and exit, somewhat that rightly infuriated Chief Villanueva.

But we are especially concerned and upset by the treatment received by the reporter Josie Huang from the KPCC radio station, who was covering that protest and who was arrested in the county jail and falsely accused when she was at the scene of the protests fulfilling her duty to reporter and wearing her credential. Disbelieve the allegations that the police officers who arrested her did not know she was a reporter. If they did not know at the beginning, they knew it immediately, because the reporter did not stop saying it out loud.

But the conflicts that concern us do not end there.

As soon as he assumed his position, Villanueva resigned several individuals who had been away from the agency due to conduct problems on the part of their predecessor. And while this immediately gained him popularity among their ranks, it undermined the trust that the community must have in him personally for the entire law enforcement system to function properly.

Discontent stems in part from the fact that investigations are generally conducted by the same structure in which the agents involved work, instead of constituting an independent investigation, so that suspicions and complaints of favoritism and concealment of the truth do not flourish. even though they don’t exist.

It would seem then that when events such as those described occur, the members of the Department withdraw into themselves and defend themselves as if they were personally attacked by those seeking justice in each particular case.

Villanueva has to pay more attention to those problems that are plaguing his department and that do not benefit the Latino community. The direction taken by the LA Sheriff’s department chief, elected directly with the voters, is crucial to the future development of our area.

We understand that the department and its boss feel under siege, a sentiment that would have led to the confrontation with the department’s Civil Supervision Commission.

In May, the committee, appealing to the subpoena powers granted in Measure R passed in March, subpoenaed the Sheriff to a session on the situation in prisons in the coronavirus era. Villanueva considered the summons a personal affront and did not appear. It was counterproductive and produced an adverse reaction.

We then find errors in judgment, actions in which he looks bad, defects of orientation, which are not helped by the Sheriff’s relative inexperience in dealing with elected officials. Perhaps that is where its deficit in political flexibility comes from.

The first victim in such a climate is trust between the department and the community. Undoubtedly morale among the troops suffers. And the dialogue with the civil government, which is above the Sheriff, disappears.

Additionally, the county has had to pay out of court settlements for lawsuits related to the membership of Sheriff’s agents in a secret society 55 million since 1990 – 21 million in the last 10 years, according to the LA Times.

All of these issues are just as many options the Sheriff could use to restore community trust. We call on you to heed complaints, calm things down, and use your position to advocate for cooperation and conciliation in the county.

Do portable air conditioners use a lot of electricity?

Do ponds require a lot of maintenance?

What realtor does the Kardashians use?