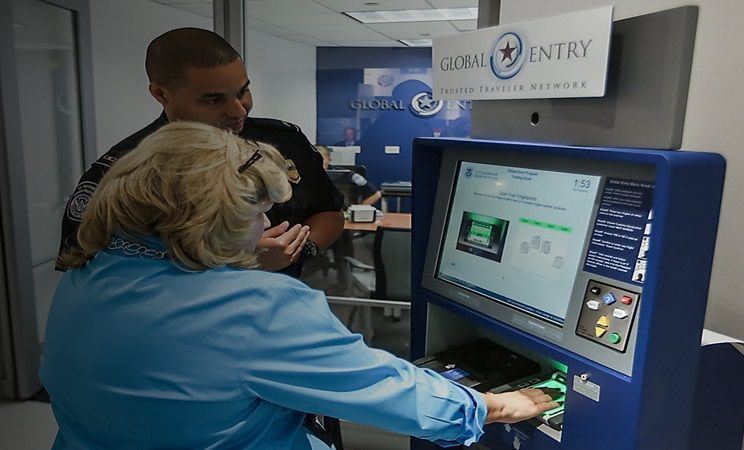 Although she requested the renewal of her SENTRI card eight months in advance, which allows her to enter her car in the United States expeditiously by preference lanes on the southern border through Tijuana, Isabel Bonilla did not receive it on time .

Your early effort was worth nothing because the SENTRI card expired this month. The official explanation is that your application is under review, a status that has already been eight months.

“I feel very frustrated because I come and go from Los Angeles to Rosarito, Mexico, every week to attend my business that I have on the other side, and Without my SENTRI, a crossing that takes me 10 to 15 minutes, it can take me at least two to three hours", He says.

The United States Office of Customs and Border Protection (CBP) offers reliable traveler programs to expedite the process of entering the country through airports and ports of entry for low-risk travelers that have been approved. These programs include the Global Entry, NEXUS, SENTRI and FAST.

The most popular are the Global Entry and the SENTRI. The Global Entry is limited to permanent residents and citizens of the US and 5 or 6 countries. The SENTRI is more focused for use on the Mexican border by land, and many people with a SENTRI card are Mexican or US citizens who cross the border frequently.

Applicants must be approved in an investigation and interview.

During these eight months of waiting, Isabel has reviewed the CBP website almost daily to know the status of her renewal request

When he was about to expire, he found the following message: “Due to the significant increase in the volume of applications, we are extending the grace period from six months to one year for any renewal application submitted. This means that they will continue to receive full benefits for one year while the Customs and Border Protection Office finalizes the renewal application. ”

Reading that, Isabel breathed calmly. This meant that he could cross for up to another year, without any problem while his new card arrived, but the taste was short-lived because when he returned from Rosarito back home to Los Angeles last week and presented his SENTRI to the the border checkpoint, this one made him see that his card was about to expire. She told him about the message posted on the CBP website.

"The officer replied that they didn't have that information, and that on their computer it only appeared that my SENTRI was about to expire," he says.

The worst came when the migration agent at the border line told him that every time he tried to pass with his expired card it was considered a violation of the law; and on the third, a fine of $ 5,000 would be earned and the card would be taken away.

"The truth that at that moment I got scared because a single violation is already in my record," she says worried.

Upon arriving in Los Angeles, he went to the CBP office to see if he could expedite the process, or at least get some more precise answer on how much longer his request would take to be processed.

"The answer they gave me was the same, which was pending approval," he adds.

When asked about the grace period while his renewal request was being processed, he was informed that this applies at the agent's discretion at the border.

“I have really stayed in limbo. I do not understand what is happening because my husband and I requested renewal at the same time, and it came to him within two weeks. My sister first applied for the Global Entry more than a year ago, and since then they have it under the status of pending approval. ”

Isabel, who is a naturalized American citizen, admits that she feels very distressed because not having the SENTRI card causes her delays in the development of her real estate business between Mexico and the US.

“These lags did not happen before. I am afraid that the Trump administration will take this program away from us in retaliation because California is a Sanctuary city; or if they don't remove it, make the process very slow. ”

Isabel's fears came true in New York. The CBP announced on February 6 that, from that day, residents of that state may not be eligible to request or renew their reliable traveler cards such as SENTRI and Global Entry due to state legislation that restricts access to certain information on the criminal history handled by the Department of Motor Vehicles (DMV).

They argued in a statement that, without access, CBP cannot complete security reviews for applications and renewals of the Trusted Traveler Program submitted by residents of that state.

“We recognize that many residents and businesses will be negatively affected by this change, but we cannot compromise the security of our nation. When states take negative measures that hinder our ability to protect our country, we have to respond, ”he said.

As a result of this announcement, the CBP canceled all pending applications and those who are currently enrolled will keep the benefits until their membership expires.

It is a matter of time

Migration attorney Alex Gálvez, who is the holder of a Global Entry card, says it is clear that the Trump administration can extend the closure of the Trusted Traveler program to California.

“They did it in New York to test and see if nobody demands them and they can move on. It's a matter of time that they want to expand it to California, but I think they are analyzing it very well because the damage to the economy would be tremendous. We are not talking only about people who are going to do business in Mexico but about students, workers and even citizens who cross the border every day to see the doctor, ”says the lawyer.

And he adds that the impact would be life and death. "So I hope they think twice or three times before wanting to suspend the Trusted Traveler program in California," he says.

The opinion It is waiting for CBP to answer a series of questions sent about renewal delays and new requests.

Charlotte Gainsbourg at the FIAF gala: "In New York, I can...

The contrasting record of the French in the NBA

Why is the Hell's Kitchen neighborhood so called?