Home Latest News They celebrate an upward block on migration fees, but they call to... 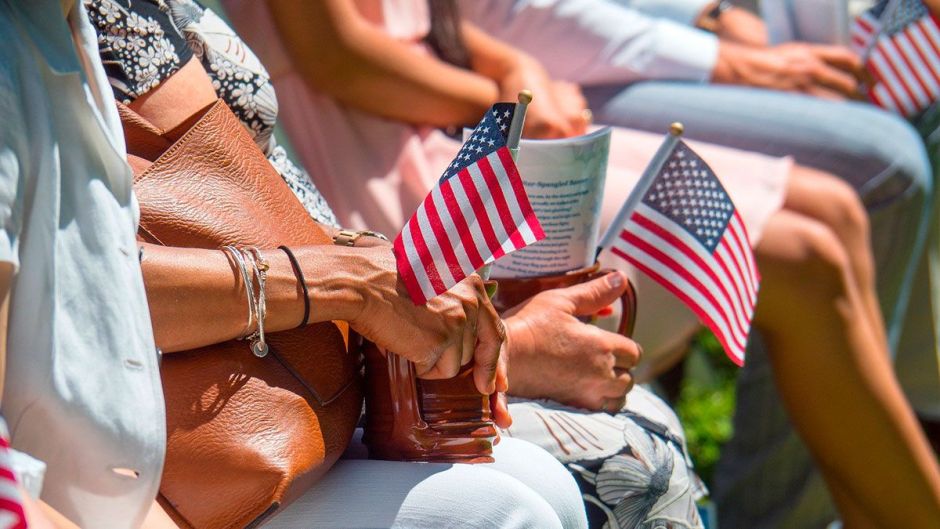 Pro-immigrant organizations in Los Angeles celebrated a federal judge’s decision to block the increase in costs for asylum, residency, citizenship and other immigration services that would take effect on October 2, but They asked immigrants who qualify for citizenship not to postpone the naturalization process because the federal administration is very likely to appeal the ruling.

Had these increases not stopped, the cost of the process for United States citizenship would have risen from $ 725 to $ 1,175, an increase of 80%. The exemption from paying citizenship for low-income people who demonstrated their low economic solvency would also have been put to an end.

Angélica Salas, executive director of the Coalition for Immigrant Rights (CHIRLA), one of the eight organizations plaintiffs against the increases, said that once again, a court exposed the lies that this administration uses to justify racist attacks against immigrants. immigrants.

“We appreciate that Judge White highlighted that the proposed rate increases would lead to the separation of families from CHIRLA members and from immigrants across the country.”

He added that the ruling also exposes the half-hearted rhetoric the administration uses to sink USCIS through exorbitant fees it cannot charge, in an attempt to meet the enforcement-only agenda for all immigrants.

The CHIRLA leader anticipated that the Trump administration is likely to appeal the ruling.

“We will be there to fight for immigrant families.”

Francisco Moreno, director of the Council of Mexican Federations (COFEM), said that the news of the blockade of increases in migration services was really a very pleasant surprise.

“We had thousands of phone calls from immigrants wanting to start the citizenship process before the rate increases went into effect.”

And since they do not know if this action by the judge is going to be permanent, or overturned by the Trump administration through an appeal, Moreno recommended that immigrants not trust themselves and postpone naturalization.

“It is best if people who are eligible for citizenship, contact an organization or an attorney as soon as possible to help them with the process.”.

Pastor Guillermo Torres, spokesperson for the organization Clerics and Laity United for Economic Justice (CLUE), welcomed the judge’s decision to prevent the increase in most of the services offered by USCIS.

And he regretted that this week the resumption of the raids was announced. “The disconnection from Washington by the Latino community is very clear; and it’s sad that they keep attacking us; but that will not discourage us. We are going to fight harder ”.

Luz Gallegos of the TODEC organization, said that while the judge’s ruling gives them a break, they do not want immigrants to lower their guard and delay again the process of becoming US citizens.

“Don’t wait. Remember that the Trump administration has a history of not giving up. So go ahead with citizens as soon as possible because this battle to increase rates is going to continue“, he pointed.

He mentioned that they were working 7 days a week, 12 hours helping people fill out their citizenship applications before October 2 to avoid paying the new fees. “We have to remain concerned and become citizens.”

Cassoulet Brings the Knights of Honey to New York

The doors of the St. Vincent hospital in Los Angeles reopen

In photos: This is what the Los Angeles Flower Market looked...

Having a baby in the United States: another culture shock