Home Latest News "They asked me to put a hot dog cart that exploded in... 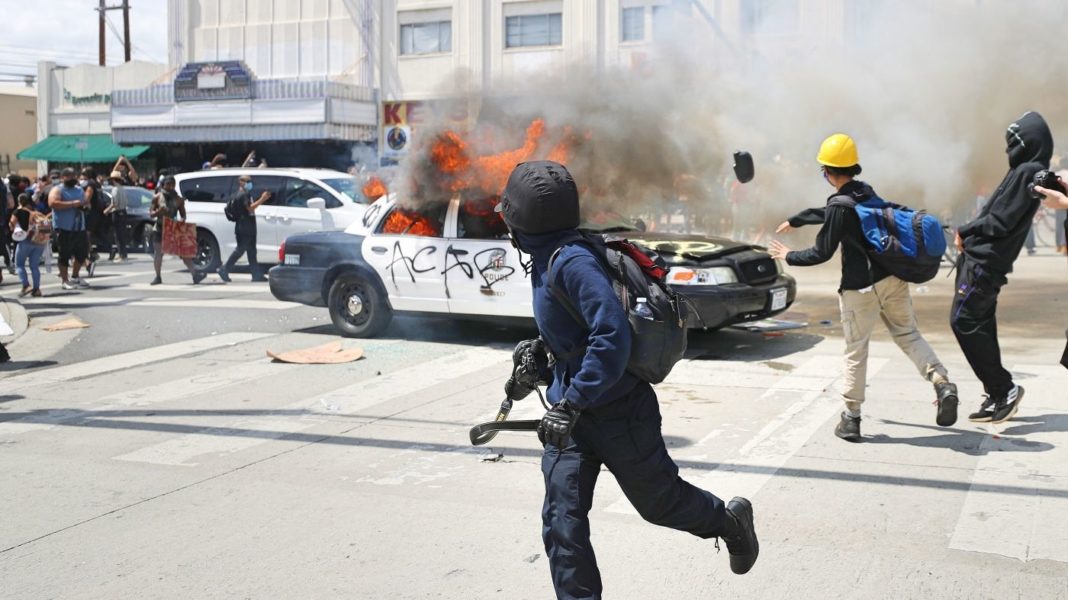 Evidence: A group of agitators kidnapped people at a Los Angeles protest to force others to carry out "activities" 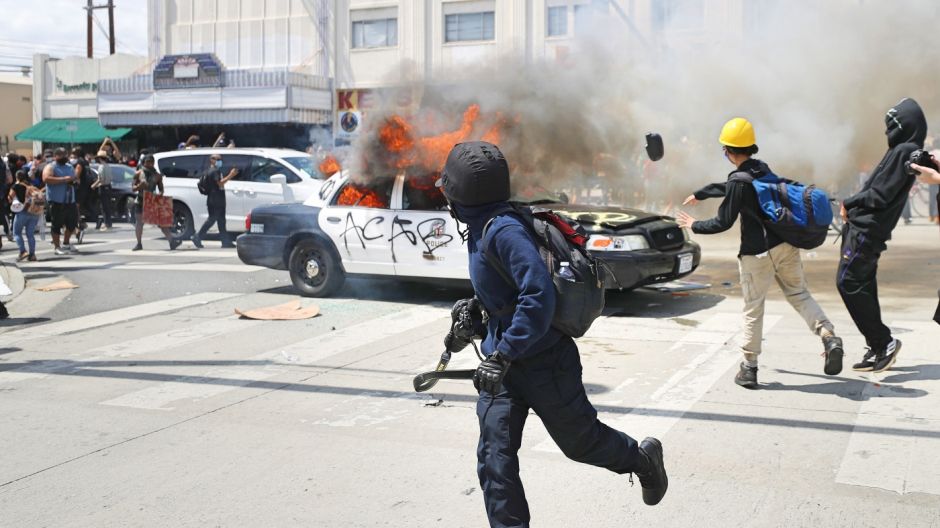 THE ANGELS.- Don José received a phone call at 9:30 on Friday night from a friend who was in the middle of the unrest that at that time were registered in the center of The Angels And he asked for help since a group of young people had locked him in his own car when he left work.

It was one of the violent demonstrations that in this city, as in others in the country, they have been carried out for the death of the African American George Floyd occurred last Monday, May 25, when he was subjected by a policeman from Minneapolis, in Minnesota.

Don José immediately took the Metro, but could not get to the conflict zone because the transport stations were closed, so he had to walk several streets seeing how the protesters caused destruction and looted shops.

When he reached the corner of Hill and Fourth Streets he saw that his friend's car had broken glass, everything was defaced and inside was his friend along with three other unknown people.

They had him practically kidnapped, they had taken away his cell phone and wallet.

In order to be released, a woman with a face covered with a scarf who was part of a group of young people who seemed to lead the excesses, told him that he had to do two "activities", which were nothing more than acts of vandalism.

"They asked me to put a hot dog cart that exploded in the middle of the street," don José said of the first "activity" he had to carry out to rescue his friend.

And he had to do it.

"They already had the cart ready, when I put it in the middle of the street I ran and then a man passed by who set it on fire and exploded like fireworks," he said.

That happened on Hill Street, between Seven and Eight streets, Don José said, so he continued to move south along with the group that forced him to carry out acts of vandalism. When they reached the intersection with Calle Nueve they indicated that their second "activity" would be to set fire to a pile of garbage that had accumulated in a corner.

And again he did.

* George Floyd: Pain and anger shake some 50 US cities after the death of the African American

When he completed the two "activities", he returned with the same woman with the headscarf to Calle Cuarta where his kidnapped friend was, to whom they only returned the wallet and released him at the stroke of midnight.

Don José and his friend returned to their homes in Uber since they were not allowed to take the car because the inciters said they would set it on fire.

Like him, said Don José, other people who were family or friends of the three strangers who were kidnapped in his friend's car were also forced to carry out acts of vandalism.

A woman, said Don José, was ordered to throw glass bottles at shops and buildings in the area and a man was given a tube with which he had to hit the vehicles parked on the street.

Curfew in LA is in place. Anarchists go home. We LOVE our city… we love our country… we want everyone to be safe! – @LACoSheriff #LosAngelesProtest

Don José's description of "rockers" of the young people who were encouraging disorder and forcing destruction causes a coincidence with the appearance of the group members anarchists that in the past they have infiltrated other demonstrations to incite violence.

Federal, state and local authorities have pointed out that behind the violence in the protests over the death of George Floyd are agitators who are part of extremist groups and who come from other cities or states.

Friday's demonstration in Los Angeles left six police officers injured and 533 protesters arrested. The riots continued on Saturday, so a curfew throughout the city.

French schools in San Francisco Bay on the verge of war...

Long lines in Van Nuys 'drive-thru' to pick up supplies from...