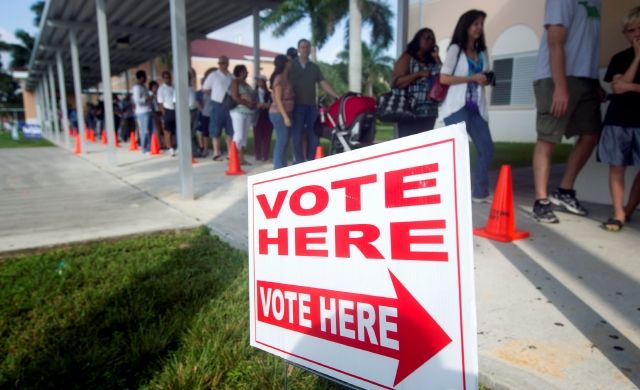 It is estimated that there are 50,000 former prisoners in the process of reintegrating into society who are denied the right to vote.

They propose that people on parole can vote. (Impremedia)

Gabriela Maldonado has three years to go before her probation ends and she can exercise her right to vote in an election.

So when he heard that there is a proposal on the November ballot for parolees to vote, he was very excited.

“Of course I would like to vote, even more so as a Latina because there are not many Latinos who can do so because they do not have documents. I feel that my vote would make a difference. “

The 46-year-old Gabriela spent several years in prison, and upon leaving two years ago she was put on probation for five years. “There is a possibility that this probation period will be cut, and voting would make me feel very good especially because my parents cannot do it and I would like to vote for them. I was already born here. They are Mexican immigrants. So if I can vote, I will ”.

At present, lThe California Constitution denies people on probation for serious crimes the right to vote until they no longer have any legal pending, and their sentence has been fully served.

On average, this could take up to three years after the date they were released.

To remove this barrier to voting, Los Angeles County Supervisor Hilda Solís along with Supervisor Sheila Kuehl filed a motion to ask the Board of Supervisors to support Proposition 17, a state measure on the November ballot to amend the state Constitution and allow people on parole to vote.

“Over the years, structural racism has deprived minorities of their rights. Sadly, we still see how structural inequalities prohibit people on probation from exercising their right to vote, ”said Supervisor Solís.

“Our minority communities are disproportionately represented in our criminal justice system and this limitation in our state constitution denies our out-of-prison population to have an electoral voice,” he added,

Given the right to vote, they will be able to have civic engagement and be productive members of society. “We all benefit from that.”

Proposition 17 would restore the voting rights of nearly 50,000 parolees throughout the state of California. The measure will be on the November 3 ballot.

“Denying people with criminal convictions the right to vote is part of a larger story of disenfranchisement that has disproportionately affected minorities,” said Supervisor Sheila Kuehl.

He argued that when men and women are released from prison, they have already served their sentence and it has never been correct to add the punishment of not participating in a democratic society.

“Proposition 17 will correct this by restoring the right to vote to people on parole,” Kuehl stressed.

On September 15, the Los Angeles County Board of Supervisors will vote on Supervisor Hilda’s motion to decide whether to support Proposition 17.

Susan Burton, founder of the organization A New Way of Life, in favor of this measure, said that when an individual leaves prison, they are asked to be good citizens and get a job. But she stressed that being a good citizen does not give them the right to vote. “Currently, the law allows only inmates in county jails to vote, not those in state prisons or those on parole.”

66-year-old April will vote for the first time in her life in the November elections. “My three years of probation ended in July, and I absolutely want to go vote in November and in person.”

According to the campaign in favor of Proposition 17, the evidence shows that people who can participate civically in their communities after being released from prison or jail are three times more likely to never be arrested again.

5 good reasons to invest in Paris when you are an...