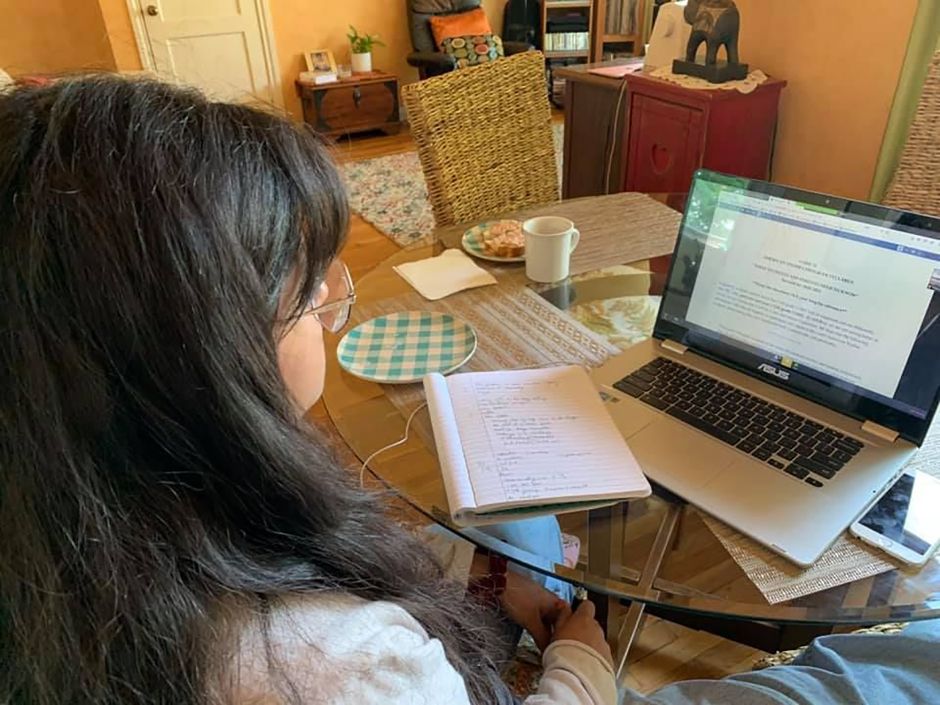 The crisis brings out the lack of Internet access, unemployment and housing problems of students in public schools in California

When the coronavirus pandemic began in March, Cynthia González – the principal of a South Los Angeles high school that focuses on technology – believed she had her school under control.

“For several years the students already received tablets and for us it was not a big problem in the distribution,” he said.

What he did not count on was finding out that a large percentage of the 516 students did not have access to the internet at home.

“I got frustrated and thought, how have they done their homework all this time? ‘” González recalled.

What he found was that students waited until they were at school or anywhere else that had Wi-Fi access so they could connect their tablets and do their work.

Without letting time pass, the principal began a curriculum with the teachers, and obtained advice from the counselors, on how to respond if students needed help.

He also managed to get portable hotspots (a wireless network that gives access to the Internet) but immediately ran into another problem.

Some students were unable to connect as the computers were not signaling in all neighborhoods.
At the end of the semester the results revealed that only about 30% of the students managed to complete their work in the last semester.

Much desire but few resources

The problems faced by the high school where González works are a reflection of a new national survey of high school principals – which included 76 schools in Southern California – that showed inequality in times of COVID-19 during the spring.

The UCLA report, “Learning Lessons: US Public High Schools and the Spring 2020 COVID-19 Pandemic,” showed that while study centers tried to respond as best they could to the pandemic, resources sometimes did not allow them to do much for their students.

John Rogers, a professor of education at UCLA and lead author of the report, said the survey showed that while schools had no time to prepare at all, they responded in a “heroic” way not only in providing instruction, but also in meeting various needs despite limits.

Rogers, who is director of the Institute for Democracy at UCLA, said that in schools where communities are very poor, principals and school staff were already working with limited budgets because the needs were already substantial.

“And then, within the COVID-19 environment, the needs grew more due to economic distress, health concerns due to the trauma that is unfolding as young people experienced death in their families in their communities and therefore , the directors wanted to respond to all that, “he explained

Principal González agreed with this point and mentioned that when schools switched to virtual format she saw the number of students drop significantly.

Those students who have just arrived from other states or countries, chose to return to their place of origin. Others had to go to work to help their jobless parents.

“We also found that when we wanted to contact students, many phones were disconnected and sometimes it was because they couldn’t pay,” said González. “Or we couldn’t contact them at their addresses because they no longer lived there, they had been displaced from their homes.”

A survey of 344 high schools across the nation revealed that nearly 50% of principals said they had supported students experiencing insecurity or homelessness.

77% provided access to mental health counseling and 59% helped students and families access and navigate the system to obtain health services.

One third of the principals provided financial support to students and their families and 43% of them reported that they supported students who experienced a death in their families.

Seeking help outside of schools

Rogers said that in his interviews he remembers a principal who told him that it was unfair to ask students to make their parents spend gas to drive somewhere nearby where there is Wi-Fi because they had no connectivity at home.

“This story speaks of the various forms of inequality in urban or rural places,” he said.
“One of the clear conclusions of this study is that we must think of broadband access as a fundamental right.”

Laura Zavala, director of policy and campaign development for Inner City Struggle of Boyle Heights, said they too have shared the frustration of students and parents in their organization who don’t know how to navigate the new virtual education system.

He indicated that the lack of information and initial understanding on the part of educational institutions left parents questioning how to obtain a computer, how to access the internet or have an idea if the absence from schools would actually only be two weeks as had been said. initially.

“We really kept up to date with what we were hearing from the district, connecting with leaders and informing parents,” he explained.

A change for the future

Rogers said that in 2000 there was a lawsuit against the state of California by a class of low-income students that the system denied them their constitutional right to an equitable education because they did not have access to things like textbooks. The majority of affected students were Latino and African American.

“Today in 2020 we can make a very similar type of statement about the lack of access to broadband, which is a fundamental condition and that every student needs,” said Rogers.

Zavala and González agreed to recognize that legislation is needed at the state level to make positive changes in the education of low-income students.

Meanwhile both work at the local level helping their communities within their own limits and available resources.

Traffic alert in LA after accident in which Kobe Bryant died:...

The French app Too Good To Go comes to hunt waste...

Christmas inn celebrated with dedication to the 2020 Census