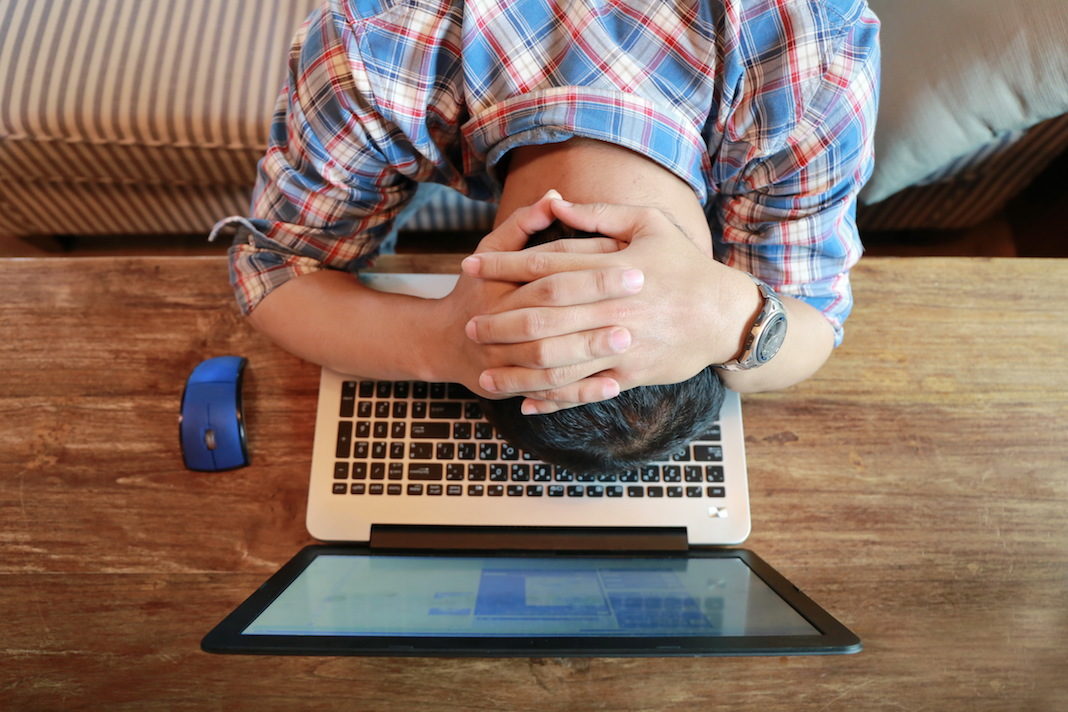 “I am disgusted with the situation, but without an internship I cannot financially stay. I hope to return to New York as soon as the coronavirus situation is under control ” explains Damien Saguez, previously an E-merchandiser intern at The Kooples, in New York. Like him, many French interns in the United States are faced with such a situation. They lose their internship, but at the same time, a return to France becomes more and more complicated.

From the French Consulate to the return flight to Paris

In Florida, near Miami, Melissa Kim packed up for France on Saturday March 14. While her position as marketing manager for a kite-surfing company is still maintained, she decides to return before there are no more flights. In internship since November 2019, she had to stay a year. "After seeing the worsening situation in France, I called the Consulate General of France to find out what the conditions for repatriation were. They replied that they were not aware and that it was up to us (interns) to find a way to get back ” she explains.

Rania Chafi, also living in Miami since May 2019 for an internship with an American tour operator, says she went “at the Consulate the day after President Emmanuel Macron’s announcement. When I arrived, the guards were filtering the passages and did not allow the French to enter easily. Once I was able to speak to someone, it was made clear to me that repatriation was only for people in emergency situations. I was told that I could return the next day or the next Friday on a commercial flight, but that it was best that I inquire directly with the airlines. " Initially hired until next July, she was laid off for economic reasons. "I was really in shock. I immediately contacted my sponsoring organization, the CIEE. I was told that I could stay on the condition that I find another internship within 30 days, but given the current situation, I knew that it was more reasonable to return to France ”. After contacting Air France, the young French girl was able to book a flight for Saturday, March 21. “As an intern, the situation was complicated to manage. I didn’t have enough income to stay, or even get treatment. Different speeches spread on Facebook groups, and the Consulate did not reassure me ” she continues.

In New York, Eva Djelassi and Pauline Marquer were interning at Atout France, respectively as “special event assistant ”and“ public relations assistant ”. Students at EDHEC in Lille, they planned to stay until this summer. “It has been a few weeks since our job advised us to return following the announcements of border closings in France and repatriation restrictions. At first we didn't want to, but we learned that the return flights were going to be suspended from Sunday March 22 and that the governor of New York wanted to put in place the containment ”. Pauline Marquer continues: “We had to make our decision lhas eve for the next day. We had anticipated the procedures concerning our work, the apartment and the plane tickets. There was nothing left but to pack our bags ”. The two French women went directly to JFK to take their ticket and were able to board, after 8 hours of waiting.

From telework to dismissal, that's what Damien Saguez has been going through, on an internship at The Kooples, in New York, since February 20. He was to stay until August 12. “It had been a few days since we had been partially teleworked. From Sunday March 15, it became permanent. The next day, I was preparing to work from home when at 10am, my manager called me to explain that they could not maintain my remuneration. She explained that I could continue working for them, but without being paid, or go home and that they would take into account the plane ticket. I told my family about it and we made the decision that I come back in the week ”.

On their way back, most of these trainees were surprised by the lack of sanitary control and prevention at the airports of Miami, New York and Paris. “In Miami, everything went as usual, no special checks were made. On the plane the crew was wearing gloves and masks, but we were so many passengers that additional measures should have been taken ” says Rania Chafi. "In New York, there was no prevention message for the coronavirus, and no health check before boarding. The same thing when arriving in Paris. On the other hand in Strasbourg, where I was going, there is prevention in the stations, hydroalcoholic gels available and the taxis are cleaned (wrist, seat, belt) for each passenger ”remarks Eva Djelassi. For Rania Chafi, the train race was a complicated and stressful stage. "I live near Lyon, and there was no direct flight from Miami. So I looked for a train from Paris. On the SNCF website, nothing was explained, the trains appeared a complete blow once available. Fortunately a friend gave me the reference of her train, Paris-Lyon, and I was able to reach the home of my brother, with whom I lived in a shared flat before. I don't want to go back to my parents to avoid contaminating them, if I ever carry the virus ” she explains. In New York, confinement is only advised since Sunday evening March 22, while in France it has been effective and compulsory for more than a week. “What shocked me was the difference in“ atmosphere ”between New York where we were not confined and Lille where no one leaves his home. It’s so quiet that from my house I hear announcements from the SNCF train station, located a few streets away, ”remarks Pauline Marquer.

French schools advise their students, who have gone abroad, to return to their families. "EDHEC had sent us an email to reassure us that regardless of whether we decide to return or not, it would not affect our year and our internship would be validated" mentions Eva Djelassi. In the meantime, the two students, Pauline Marquer and Eva Djelassi, continue their internship remotely, which allows them not to miss the experience entirely. “The day after my return, it was really very difficult, says Pauline Marquer. I had a lump in my throat and the tears were not far away. Little by little we digest the return, we put things into perspective and enjoy our family ”. For Melissa Kim, it was a gap year in her studies. “I’m lucky to be able to continue my work remotely. I'm going to continue like this until this summer, and then I'll see to continue my studies ” she concludes. Rania Chafi, she had chained two internships in Miami because she did not want to return to France immediately. “Now that I’m back, she said i will wait until the situation calms down to look for work. I was interested in the travel industry but it is too affected by the coronavirus crisis. I hope to be able to touch unemployment first ”.

What is the racial makeup of Milwaukee?

Is it cheaper to build a house or buy a house?

What is a solo real estate agent?