Home Latest News The expansion of Medi-Cal for immigrants from 19 to 25 years old... 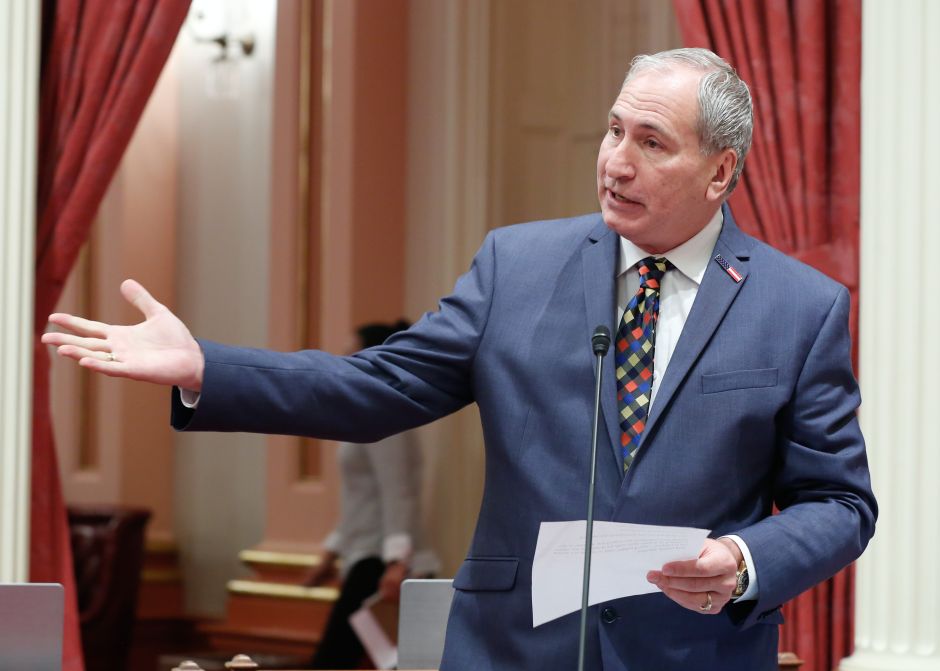 While the California Democrats mostly showed a united front in granting health benefits to adults without documents, some complain that this measure is not correct at the expense of citizens' needs.

It was a historic milestone: as of this summer, California became the first state in the country to offer free or low-cost health insurance to undocumented young adults who meet the requirements.

Governor Gavin Newsom signed the measure that will allow, as of January 1, undocumented low-income adults between the ages of 19 and 25 to receive Medi-Cal, the free or reduced-cost state health plan financed with taxpayer funds .

About 138,000 people could qualify for this coverage extension. This represents almost 5% of the three million people without coverage in the state. Immigrants, both documented and undocumented, make up 27% of the population of California, which is around 40 million.

While the Democrats, who control power in the state, were mostly united when it came to supporting enlargement, this measure also featured detractors. Republican lawmakers and their constituents contend that the funds – expanded coverage is expected to cost the state of $ 98 million in 2020 – could be better spent in other areas.

Thinking about the future, a question that arises is whether more center and independent voters will share these concerns. The issue of expanding government-funded medical insurance to undocumented residents has already caused heated debate in the campaign for the Democratic presidential nomination, where more moderate candidates and voters have shown their rejection. But overall, this division has not been seen among the California Democrats.

According to a statewide survey conducted by the California Institute of Public Policy, 63% of moderate voters supported the expansion.

President Donald Trump criticized the measure and quickly adopted it as one of the strengths in his re-election campaign. California does not "treat its people as well as illegal immigrants," he said. "It is very unfair to our citizens and we will stop it, but we may need to win the elections to do so."

While Democrats have a special majority in the California Legislative Assembly, support for expanding coverage is not as widespread among the population, as it is in the legislative body. Political analysts point out that the issue could become a "key issue" along with other immigration-related concerns in the 2020 elections. While some opponents point out that they want to revoke the measure, they admit that it would involve a very uphill battle.

"My goal is to file the revocation, but at this time California has a very liberal bias," said Sally Pipes, president of Pacific Research Institute, a center of ideas based on the free market, based in San Francisco, that promotes “the principles of individual freedom and personal responsibility” through policies that emphasize private initiative and limit the reach of government. Pipes considers the expansion of Medi-Cal as a reflection of a government that is too large.

"While many Republicans are disgusted with the expansion, I don't think it makes a difference," he added. “Democrats will have power for many more years. I wish it weren't. But being realistic, I don't see how Republicans could have an impact on that. ”

However, voters also claimed that guaranteeing mental health services to those who need them and making medical care more affordable were higher priorities than offering health coverage to all Californians, according to a survey conducted in November 2018 by California Health Care Foundation Y The Kaiser Familia Foundation, When Governor Newsom was elected.

Pipes notes that one of his objections to the expansion of Medi-Cal is that many U.S. citizens have difficulty paying for their health coverage and the funds allocated to cover undocumented young adults could instead be used to help U.S. citizens. They need support to pay for their health insurance.

Pipes added that those same US citizens will now also have to face the tax burden to finance the expansion of Medi-Cal, even if they can't even pay for their own coverage. However, Pipes thinks the state will continue to expand its support for undocumented immigrants despite these criticisms.

Custom supporters point out that enlargement makes sense from an economic point of view. Currently, when undocumented people postpone getting health care, they end up in the emergency room. If people are not able to pay for the costs incurred in the emergency room visit, those costs are transferred to the taxpayers.

State Senator Holly Mitchell, a Los Angeles Democrat, said during a Senate session in May that some of the people who qualify for the health plan extension would have gotten sick beyond whether or not the extension existed. He added that enlargement was a good policy, since the treatment that people receive is more efficient and convenient from an economic point of view.

Now these young adults will be able to receive medical care from a basic care provider instead of resorting to more expensive care, such as what is offered in the emergency room, which taxpayers end up paying.

State Senator Bob Archuleta, a Pico Rivera Democrat, said he hopes the expansion will be only the beginning of what California can do, including exploring options to provide health coverage to all undocumented immigrants.

The widening widens the gap between California's treatment and vision of health care and the federal government's perspective under the Trump administration, which has pushed back several directives established by the Affordable Health Act (ACA), including individual fine, protections to transgender people and the rules on what small businesses should provide to their employees.

Kay Hillery, 83, of the Indian Wells community in Southern California, believes that the state cannot afford to spend money on health coverage for undocumented young adults when there are homeless U.S. citizens, veterans of war and older adults who continue to suffer great needs.

"We have a huge homeless population that needs to have access to mental health care, but cannot do it because there is no funding," he said. "We need to help our own people."

Hillery, who identified himself as a Republican, lives in an area of ​​Riverside County represented by state senator Jeff Stone. This senator, also a Republican, presented similar arguments when the Legislature discussed this issue.

“We have a Medi-Cal system, a completely dysfunctional health care delivery system in the state of California. What we pay doctors to attend to the most vulnerable populations through the Medi-Cal program remains below the standards, therefore, doctors prefer not to enroll as providers of this plan, ”Stone said during a session of the Senate in May.

Paulette Cha, a health policy expert at the California Institute of Public Policy, said it is unlikely that the extension of coverage will attract more undocumented people to California who specifically seek health care.

"It is worth comparing the extension of Medi-Cal to undocumented young adults with the extension granted in 2016 to undocumented children," said Cha. “That was a much larger expansion and we did not have an increase in the number of immigrants due to this measure. Actually, the figures have dropped since then. ”

In 2016, the first year that undocumented children could enroll in Medi-Cal, only one million children did. This figure rose to 1.59 million in 2017 and declined to 1.57 million in 2018. If the figures for 2019 maintain their current trajectory, the total at the end of the year will be around 1.55 million children.

Cha said the number of immigrants is not increasing due to the offer of health coverage, but is due to violent gangs and poverty suffered by other countries.

However, Stone said that since state funds are limited, providing better health care to citizens should take priority, especially in cases of homeless people or those living in extreme poverty.

"That does not mean that we cannot be supportive and take care of other people," he added. "But it means we have to take care of our citizens first."

Extending Medi-Cal coverage to undocumented people and recharging the system is still not the answer, said Don Wagner, Orange County supervisor, a Republican who held a bench in the state Legislative Assembly for six years and was a member of the Committee of Health of the Legislative Assembly. To Wagner, Governor Newsom's proposal to extend Medi-Cal to undocumented adults is disturbing.

"When we have finite resources, the priority has to be to offer health coverage to those who are here, who have insurance and who comply with the rules," he said. "If these people can't get adequate access, then it's simply not fair."

The solution may be to establish partnerships between public and private spheres, Wagner added.

"Hospitals, insurance companies and the government must work together," he said. "The solutions we find must be economically viable."

Others attempted to revoke other changes to health coverage that Governor Newsom enacted as law. State Senator John Moorlach, a Costa Mesa Republican, said he is against imposing an individual fine or tax charges on people without coverage.

"Families need to receive health care, but since they cannot include it in their budget, they instead pay a tax charge," he said. "The individual fine is a retrograde measure that has a much greater impact on the budget of a poor person than that of a rich person."

Moorlach, who was on the board of directors of Cal-Optima (the administrator of Medi-Cal in Orange County) for four years, said the solution may be to strengthen access to health care through Medi-Cal . Moorlach also commended the Orange County Community Health Clinics Coalition for their work in providing health care to disadvantaged and low-income families, including families without coverage.

"We have a model that is already working," he said, adding that the emphasis should be to improve access to health care for those who are already enrolled in Medi-Cal.

Conference: All you need to know about buying in New York...

Mailboxes, a safe option to vote in times of pandemic