Home Latest News The Dreamers stay in limbo again, why? 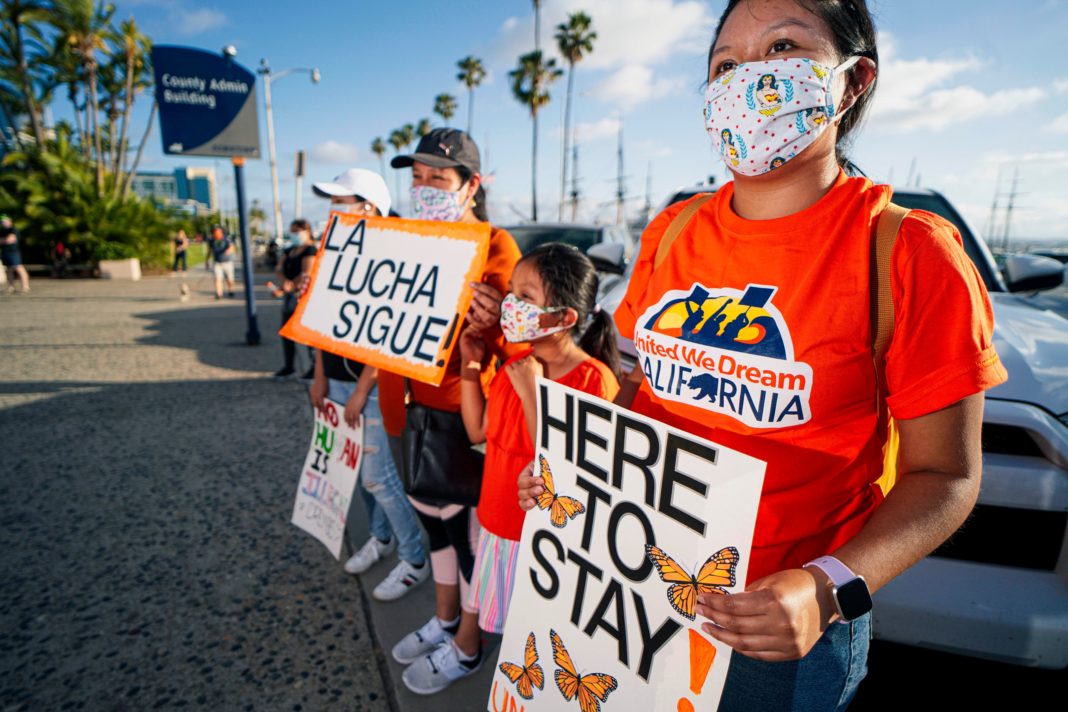 Gabriela Clatenco, 17, was very excited last June when the Supreme Court blocked the Trump Administration’s plan to get rid of the Deferred Action for Childhood Arrivals (DACA) program.

The young woman, who is an only child, came to the United States with her family as a child.

Following the Court’s announcement, Gabriela, from Mexican roots, thought that she could finally come out of the shadows by applying for her DACA permit – that it would temporarily protect her from deportation and offer her a renewable work permit every two years.

After all, he felt he deserved it. Last month she graduated with honors from high school and received the President’s Award, one of the most prestigious national awards for students.

“It was bittersweet because I didn’t expect to receive an award with Trump’s signature, [hubiera preferido] Make it Obama … I worked hard and deserved to earn it, “he said.

Beginning in the fall, she will attend the University of California, Riverside (UCR) to study biochemistry. Despite qualifying for financial aid through the California Dream Act, you still need money for your extra expenses. DACA was her outlet to be able to work legally while studying.

However, on Tuesday his plans were put on hold as the Department of Homeland Security (DHS) announced that it is taking steps to consider the future of DACA policy, including the total cancellation of the program.

While the final decision is made, DHS announced that no new DACA applications will be accepted and that the renewals, which have been every two years since their inception, will be changed to one year.

In addition, it is prohibited to apply for Advance Parole, the program that allowed undocumented youth to leave the country and reenter with a special permit.

“There are important policy reasons that can ensure the complete repeal of DACA policy,” said Chad F. Wolf, acting secretary of DHS in a statement, without specifying those reasons.

Angélica Salas, director of the Los Angeles Immigrant Human Rights Coalition (CHIRLA) said the DHS announcement is a violation of the Supreme Court decision that indicated in June that the DACA program had been terminated in a whimsical manner. .

“The president had 21 days to continue the program and give regulations on how to continue … They did not give him permission to stop accepting new applications,” he said.

The director said that the young people who were about to apply for DACA deserve it and need the opportunity to have a future in this country that is their home.

What is expected for Dreamers?

Immigration attorney Alma Rosa Nieto said that young people who already have DACA can continue to renew their applications, although it is very likely that they will begin to be granted with a one-year term.

An estimated 300,000 additional youth would qualify for DACA for the first time.
Also, those who expected to request their Advance Parole will not be able to do so.

“This shows us that surely there will be lawsuits, we are already used to multiple demands of this Administration not only in immigration, but in many [otros] themes ”.

The lawyer said that although they have not yet confirmed it, she doubts that the young people who have received their permits for two years have to change them.

“Those who already have their two-year permit can preserve it and those who are asking for permission from now on will be granted it for one year,” said Nieto.

He recommended that those who planned to apply [el programa] For the first time, gather all your documents and have them ready.

“My hope is that this in a few months will be some history and that they will be able to file their applications by a federal court order,” said the lawyer.

Those who have already sent their Advance Parole documentation are very likely to have their applications returned to them or to be kept in what is expected a final solution.

The attorney told youth and parents who submitted their DACA application the first time, don’t be afraid to think that immigration agents will be looking for you.

Nieto said that these rejected requests are known as non-judgmental requests. This means that they do not continue, at least for now.

Only if the denial is because the applicant had a DUI (driving under the influence of alcohol), domestic violence, or other crime, that is a biased request which means that immigration could pass the file to ICE agents for a deportation order.

What are we going to do to not forget Proposition 187?

[Webinaire] Tourism, management and digital professions: what transformations are underway, and...

The City of Los Angeles will enable 6,000 beds for homeless...