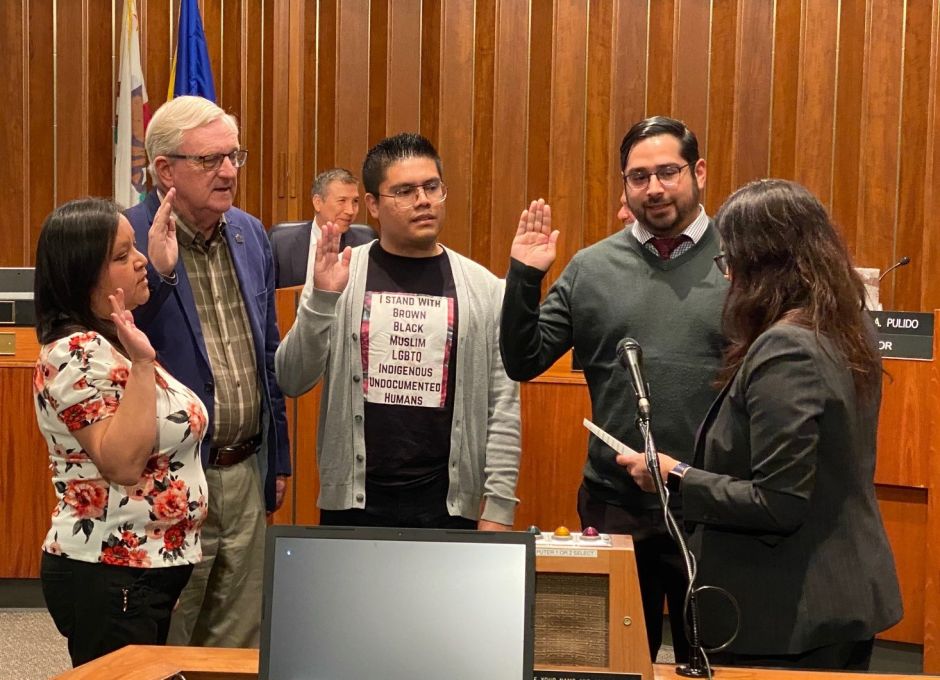 Orange County makes history in favor of immigrants again by announcing that the Santa Ana City Council appointed the first undocumented to be part of the Citizen Oversight Committee of Measure X.

This rule was approved by voters in 2018 and adds a sales tax.

The committee, made up of seven residents of the city, is responsible for advising the City Council on how these revenues should be used in the expenses of the general fund.

Carlos Perea, 28, of Mexican nationality and beneficiary of Deferred Action for Childhood Arrivals (DACA), was one of those elected to the position of commissioner in the Committee until the end of 2020, when he returns to Raise your term

Commissioners in the city of Santa Ana do not receive a salary, only a stipend to cover expenses – such as gasoline.

On February 18, 2020, on the recommendation of Councilman Vicente Sarmiento, the city council of Santa Ana appointed Perea to be part of the Committee.

Sarmiento said he has known Perea for a long time and likes the work he does and the ability he has as a community organizer.

He added that this is a good committee for people like Perea to participate, since taxes are charged to documented and undocumented people.

"We believe that our city is very diverse," he added.

Perea said he is pleased to know that Santa Ana is a Sanctuary city and not only symbolically but also by a law passed by the City Council members.

“I like that immigrants (undocumented) are taken into account because we are also residents of the city,” said the young man, who is a community activist.

"Something that is very important to know is that this country was founded under the motto that" There are no taxes without representation, "he said.

Both Perea and Sarmiento said they are aware that this decision does not please all people, especially those who oppose immigrants.

However, the City Council gives support, once again, completely since the decision was approved unanimously.

"I am very sure of my decision and although they cannot be silenced, reason and logic are with us," Sarmiento said.

Perea has been an activist for a long time, attended the Santa Ana community college and eventually transferred to Cal State Long Beach, where he graduated in 2016 with a degree in sociology.

As a pro-immigrant activist, he helped to approve the motion to declare Santa Ana in Sanctuary city and in 2017 he helped create the Orange County Justice Fund, which advocates for effective legal representation and due process for detained and deported immigrants

The Citizen Oversight Committee of Measure X was established as part of the measure authorizing the sales tax of 1.5% for 10 years and reducing that sales tax to 1% 10 years later, until 2039.

The revenues generated by the new sales tax support the general fund of the city, which finances 911 emergency services, fire and police; In addition to help for the homeless, street repair, programs for young people and older adults, among others.

They protest in Los Angeles to demand the cancellation of rents

Man in California runs over and kills three teenagers … just...

American primaries, instructions for use

Urge to collect information on race in cases of coronavirus