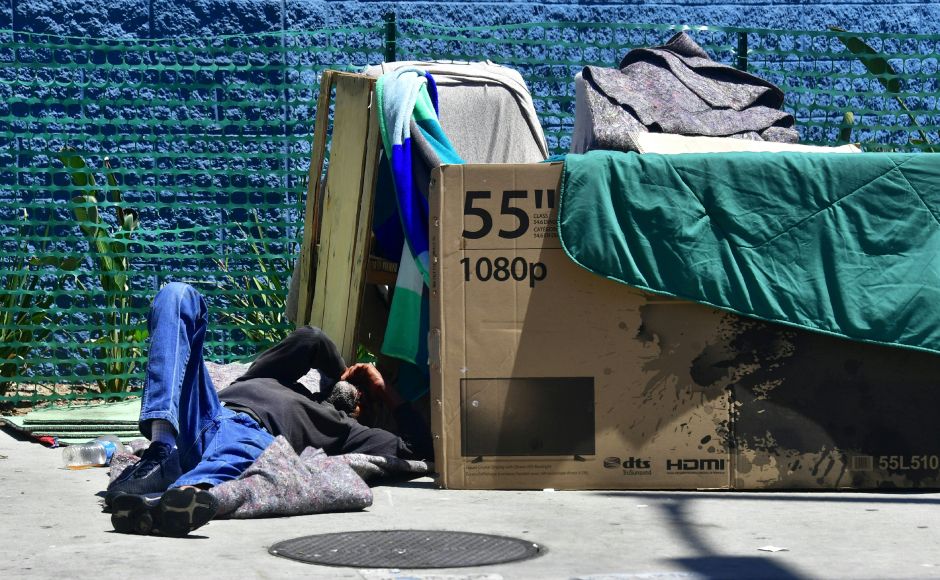 A homeless person lying on a Los Angeles street.

In an effort to contain the spread of the coronavirus among the population of people living on the streets of Los Angeles, the city's mayor, Eric Garcetti, reported new measures that include the creation of temporary shelters with the addition of 6,000 beds in the next few days.

The mayor will use $ 20 million from the city council reserve fund to carry out the plan. "Many Angelenos suffer from the lack of a basic need to overcome this crisis: a house", he claimed. The measure seeks to condition 42 recreational centers with beds provided by the United States Red Cross. "We have the supplies, we have the space and we are ready for the task"Garcetti added.

To these efforts are added $ 150 million of emergency funds from the state of California that Governor Gavin Newsom approved for the same task. “Homeless people are among the most vulnerable to the spread of COVID-19. Helping these residents is critical to protecting public health, flattening the curve, and slowing the spread. ”, commented the governor in his statement.

Los Angeles County has been confirmed 190 cases of coronavirus and recently a shelter with motor homes was created near the city's international airport.

About 60,000 people live on city streets, according to official data.

"Music on the West Side": string and sax party in New...

From California, Emmanuel tries to get the swing states to vote