Home Latest News The city of Los Angeles had its worst concentration of smog in... 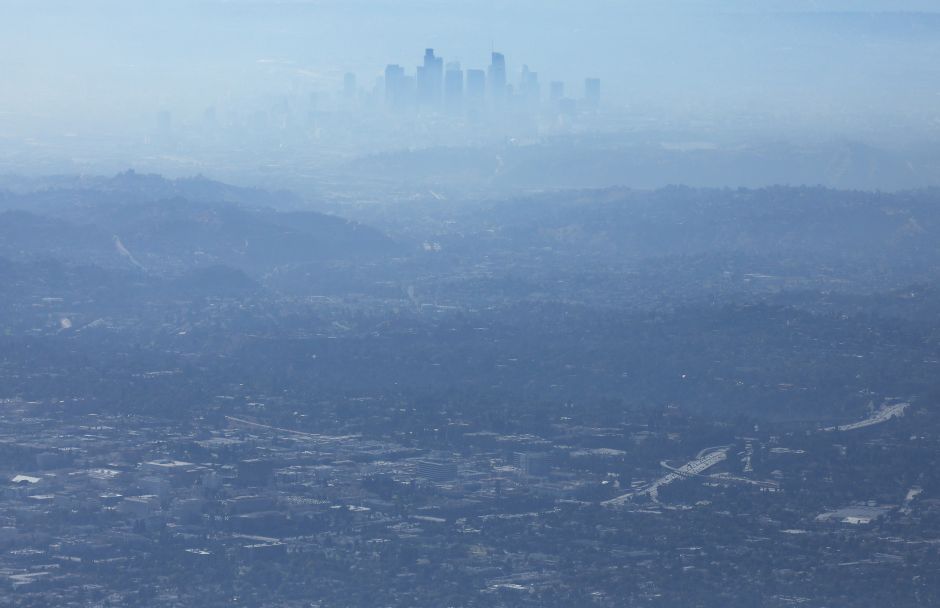 The city of Los Angeles had its worst concentration of smog in 30 years.

The more than 70 wildfires that are currently active in California, have created atmospheric conditions harmful to people’s health due to large amounts of smog which has been concentrated in the air of urban centers.

According to an air quality report cited by the Los Angeles Times, pollution in Los Angeles reached the highest levels of generation during Labor Day weekend.

Data and information from the South Coast Air Quality Management District analyzed by the newspaper, affirm that air pollution reached 185 parts per billion in Downtown Los Angeles last Sunday, being the highest in 26 years and the highest in Southern California since 2003.

The great concentration of contamination would have occurred due to the extreme conditions of heat, fires and the little presence of wind.

Los Angeles County health authorities have issued an air pollution alert for this Thursday, ensuring that it considers the air conditions harmful to people and sensitive groups in the San Fernando Valley, Pomona and the Walnut Valley.

For its part, in the east of San Gabriel Valley the conditions are harmful to all residents regardless of their health condition.

The Bobcat fire has been burning in the San Gabriel Valley since last week.

People with asthma or heart problems should limit their outdoor activity in the areas mentioned due to the increased risk of being affected by air pollution.

The city of Los Angeles It is known worldwide for its large accumulation of smog Due to the conditions of the city, established in a valley surrounded by mountains, in addition to the great automotive and industrial activity in the area.

Night of terror: more than 100 people were trapped in Edison Lake and were rescued this Tuesday

Taxes for businesses in the United States in 2021: what you...

They detect false kits to diagnose the coronavirus

A man is shot dead in Azuza at Christmas