Home American Life The canceled marathon, they still run for a good cause in New... 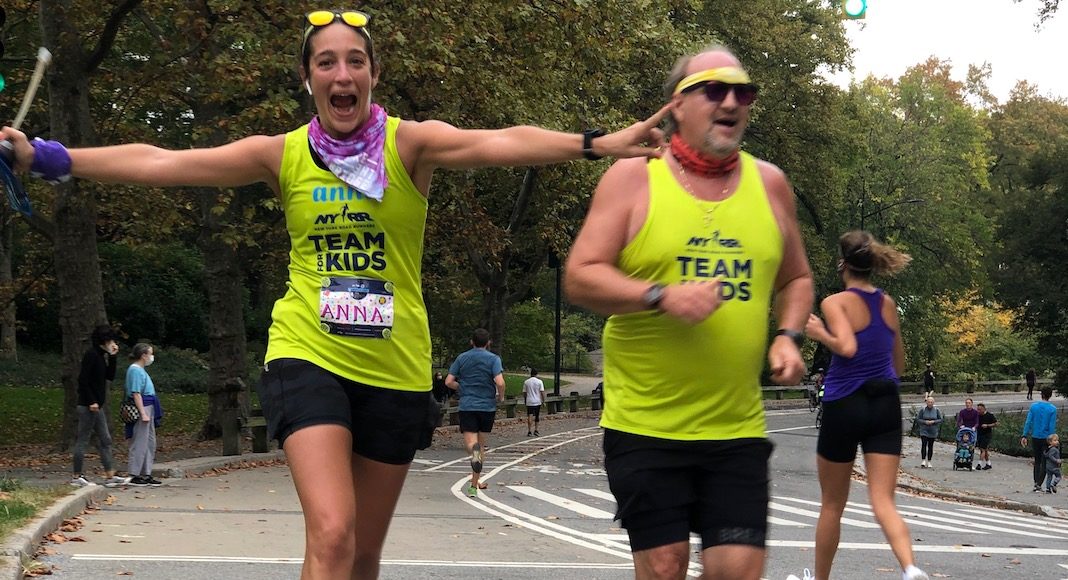 It usually brings together more than 50,000 runners from all over the world on the first Sunday in November. This year, the famous New York marathon was logically canceled due to the Covid-19 epidemic, but many French people have nevertheless decided to put on their sneakers.

This is the case of Marie de Foucaud, Agathe Louvet and Alain Bernard. The three friends have run the New York Marathon in the past for The Bowery Mission. The association, which has existed for 140 years, offers assistance and support for the reintegration of homeless people. “It was Alain Bernard who discovered the association. I’ve been volunteering with several other French people for several years ”, explains Marie de Foucaud, an executive in a consulting company. “They had great needs during the lockdown with a lack of staff and new people to help. I went twice a week to serve meals, but that is not enough. With the cancellation of the marathon, the association needs funds more than ever at the moment ”. Faced with this situation, the three friends decided to run together on Sunday November 1st and raise $ 50,000. “We will meet in front of the historic center of The Bowery Mission, on the Lower East Side. We will start by volunteering by serving breakfasts, and then we will be around 20 runners for a half-marathon to Central Park ”, details Marie de Foucaud. To date, the group has already managed to raise more than $ 60,000. It is always possible to contribute on this link.

Annabella Espina should have run her eighth New York City Marathon this year. This 42-year-old Franco-Venezuelan has been part of the New York Road Runners (NYRR) association since 2012, which raises funds for the most disadvantaged young people through the “Team for Kids” program. But the runner still took part in a “virtual” race on Saturday 24 October with French friends. “We had from October 17 to November 1 to raise $ 500 per person and to go running alone or in a small group a full marathon”, she recounts. “Then we had to send our results to the Strava running app which has our GPS coordinates”. Thanks to the organization of this “virtual” marathon, NYRR managed to raise $ 112,000. Each participant was also promised a spot for the 2021 or 2022 New York Marathon, depending on availability. “It’s a win-win operation that allows us to do a good job and to be able to secure a place in the next races at the same time”, summarizes Annabella Espina.

In the same vein, the Achilles International association, which organizes training and races for disabled people in several countries and cities around the world, is organizing “The Achilles Cup” this year from September 24 to November 16. “Each able-bodied participant runs with a disabled person in pairs, or the disabled person can run alone if they can. It then enters its GPS coordinates on the site, which are recorded and added to a classification by city ”, explains Charles-Edouard Catherine, blind French runner and member of the club in New York. Australia dominates for the moment this friendly ranking ahead of Houston and Philadelphia. New York comes in eighth place, but the main thing is elsewhere. “It is a vulnerable population, many of whom have lost their jobs because of the Covid”, tells Charles-Edouard Catherine. “These are also people who often depend on personal services, who failed during confinement. With this type of initiative, Achilles is doing everything to try to maintain this social link ”.

12 women infected with coronavirus have given birth in Los Angeles

‘Criminalize’ day laborers to evict them from a workplace