Home American Life "Strongly deconfinement, I can not stand my roommates anymore" 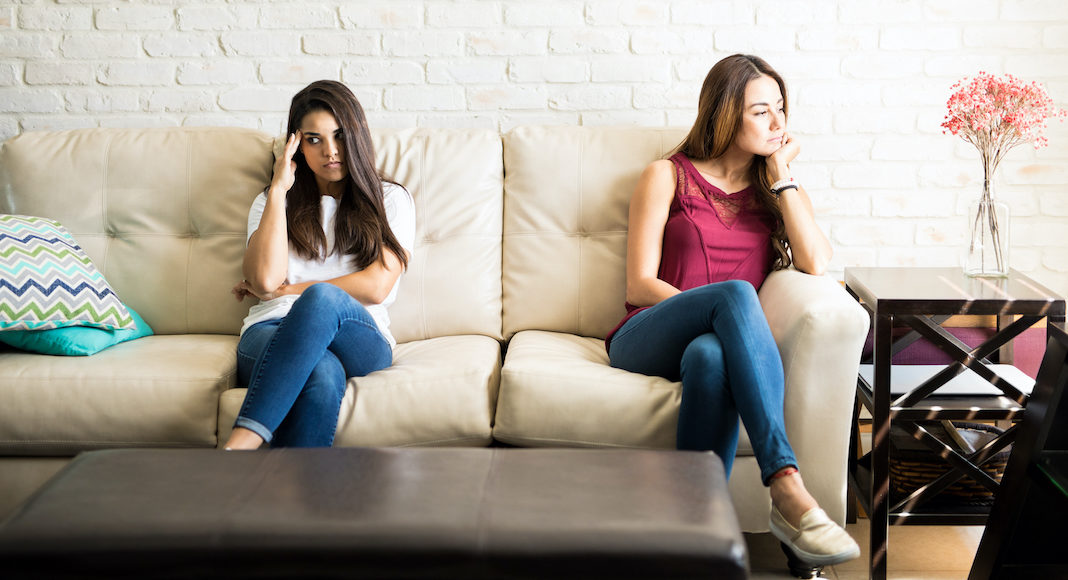 Roommates ghostly or too present, quarrels over the household or storage … If the roommate was already for certain.es a test, the confinement linked to the epidemic of Covid-19 increased tensions and gave rise to new conflicts around the security.

Catherine is a French teacher in Pasadena, east of Los Angeles. She has lived with an American since October who was joined by her girlfriend in January. “At the beginning it went well with him, less well with her. It’s worse since confinement because he has to go out to work every day. I only find myself with my roommate who takes up a lot of space, who spreads his stuff everywhere and who constantly complains. ” Catherine continues to teach by computer, unlike her roommate who does not work. “I work full time from home. She thinks I'm always available for her. If I don't ask her how she is and don't listen to her problems when we meet, this is the drama ”.

For Bérénice Boursier-Baudoin, psychologist specializing in problems related to expatriation, “It is normal to feel in a situation of fear and loss of reference in the face of this forced confinement”. The psychologist believes that "Catherine's situation is difficult to live with because she finds herself alone living with a couple". "She would benefit from getting closer to her roommate so that she would no longer be alone." Among his proposals, “why not take a coffee break of a few minutes each day when everyone could talk about their problems, or take time together for a yoga session? ”.

“I am worried about my health”

Anne-Sophie, 32, lives in a shared flat with two Americans in the Wiliamsburg district of New York. Student in painting, the Frenchwoman is worried given her medical history. “I already have lung problems. I explained it to my roommates but they replied that the coronavirus was only a small flu, that we were young and that it didn't matter if we caught it, and that it was useless to stay locked up at home ”. In front of the "stupidity ” of her roommates, the Frenchwoman had temporarily moved in with a friend whose apartment was vacant in Manhattan. She has been back home since the beginning of May. "Strongly deconfinement, I can not stand them anymore".

"This case shows us that there is a big difference in culture and education between these three people living together and that we have to choose the people with whom we have to live every day", estimates Bérénice Boursier-Baudoin. "I would advise Anne-Sophie to take all the health precautions and to seek another roommate quickly because her two young men will not change".

Leïla shares a house divided over three floors with eight roommates in north London. "Between those who are forced to go to work, and those who do not respect confinement, it comes in and it comes out like in a mill", explains the 39-year-old journalist. “On March 24, after only two days of confinement, my Brazilian roommate brought back a friend who slept for two days at home. My Italian roommate also goes out regularly and never wash his hands when I get home. I'm at a point where I only enter the kitchen with my disinfectant, cleaning the door handles. It becomes an ordeal to eat ”. Worried about her health, Leïla also moved in with a friend whose accommodation is vacant for a few days.

Stéphane *, who also lives in London, is in the opposite situation. A self-employed nurse, the 32-year-old Frenchman continues to work outside at night. Movements that arouse the misunderstanding of her roommate. "Since this is my box, she thinks I could do otherwise, and imagines that I go out for fun. But if I stayed at home, I would no longer have a salary. ” Her roommate has decided to kick him out. “EShe decided to do the same, go out and invite people home. It mostly brings back guys. This is the parade … ", he lets go.

For Bérénice Boursier-Baudoin, “This problem of revenge and childishness can have important consequences on the health of each of the two roommates“. The psychologist speaks of a "serious" attitude and invites Stéphane to burst the abscess as soon as possible with his roommate. In the case of Leila, who lives with eight people, “We must have a meeting together and put in place new rules of life“ special confinement ”on a board and make it respected by all”, estimates the specialist.

"Speaking of which, I'm afraid of making the problem worse"

Catherine would very much like to start a discussion with her roommate, but admits not daring to get started because “If I don't use the right words, it can get worse and we can't avoid each other. " Leïla and Stéphane share the same blockages. "Speaking of which, I'm afraid of making the problem worse", confides the somewhat desperate journalist. “And then my roommates are over 30 years old. Now is not the time to change them. ” Stéphane believes that he should take it upon himself so that the situation does not deteriorate. "We got along pretty well at the base. I just want her to follow the rules by herself. ”

"It's still the same problem, a lack of communication or poor communication, and the fear of being misunderstood", explains Bérénice Boursier-Baudoin. “But we are in a special situation with the same invisible enemy: the Covid-19. If some people have trouble realizing that they can catch it – because it only happens to others – we are all in the same pain, and there are health and safety rules that have been put in place , which we must all apply and make respected ”.

The roommate at the time of Covid-19 is not the prison for everyone. Expatriate in the Art District in Los Angeles, Lucie shares her apartment with her husband and two other roommates. She explains that she has been close to them for a month and a half. "We spend more time together since the four of us are at home. We meet in the kitchen, we drink a glass, we chat, we prepare dishes. It is done in a natural way ”. Aware of going through a difficult time together, the four roommates do not hesitate to help each other. "We don't have a car with my husband, so our roommates offer to do our shopping. It’s nice to have them. Overall, we feel privileged not to be alone and isolated ”.

For Bérénice Boursier-Baudoin, Lucie and her roommates show emotional intelligence. "They understood that they had to rely on each other and that they shared the same problem, very aware that together we are stronger".

* The first name has been changed to preserve the person's anonymity.